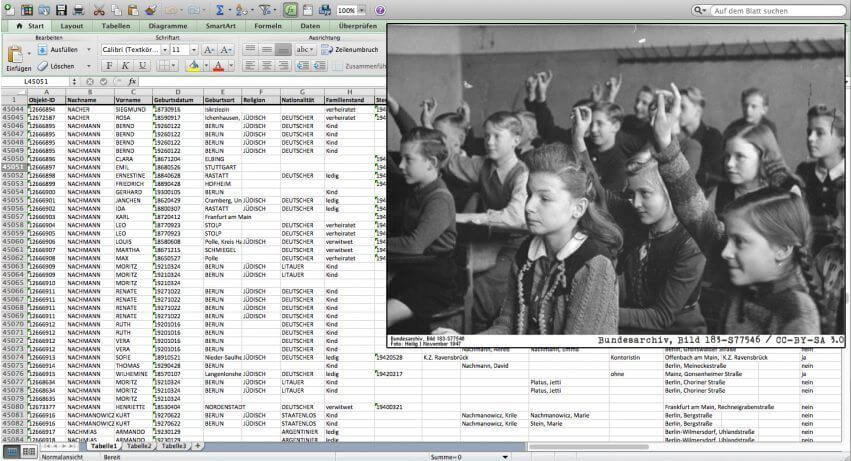 The Arolsen Archives make their data available for innovative projects. After all, apps, websites and social media are the direct means of reaching young people. For them, the tremendous knowledge contained in the archive is often abstract and remote. The institution therefore makes use of its contact to creative people in the area of IT and media who process the material in such a way as to bring out the stories behind it.

In 2017, the Arolsen Archives took part in a culture hackathon in Berlin. More and more museums, archives and libraries are benefitting from competitions like this one, where teams of computer scientists, designers and other specialists make use of the institutions’ datasets for innovative applications.

One of the projects using data from the Arolsen Archives won the jury prize for especially valuable cultural achievements: “Marbles of Remembrance / Murmeln der Erinnerung.” It is based on the card file of the Reich Association of Jews which, at the behest of the Gestapo, registered all German Jews. Within the framework of the programming competition the team used the so-called school pupil cards to create a tour of Berlin from the perspective of Jewish children of the Nazi period. 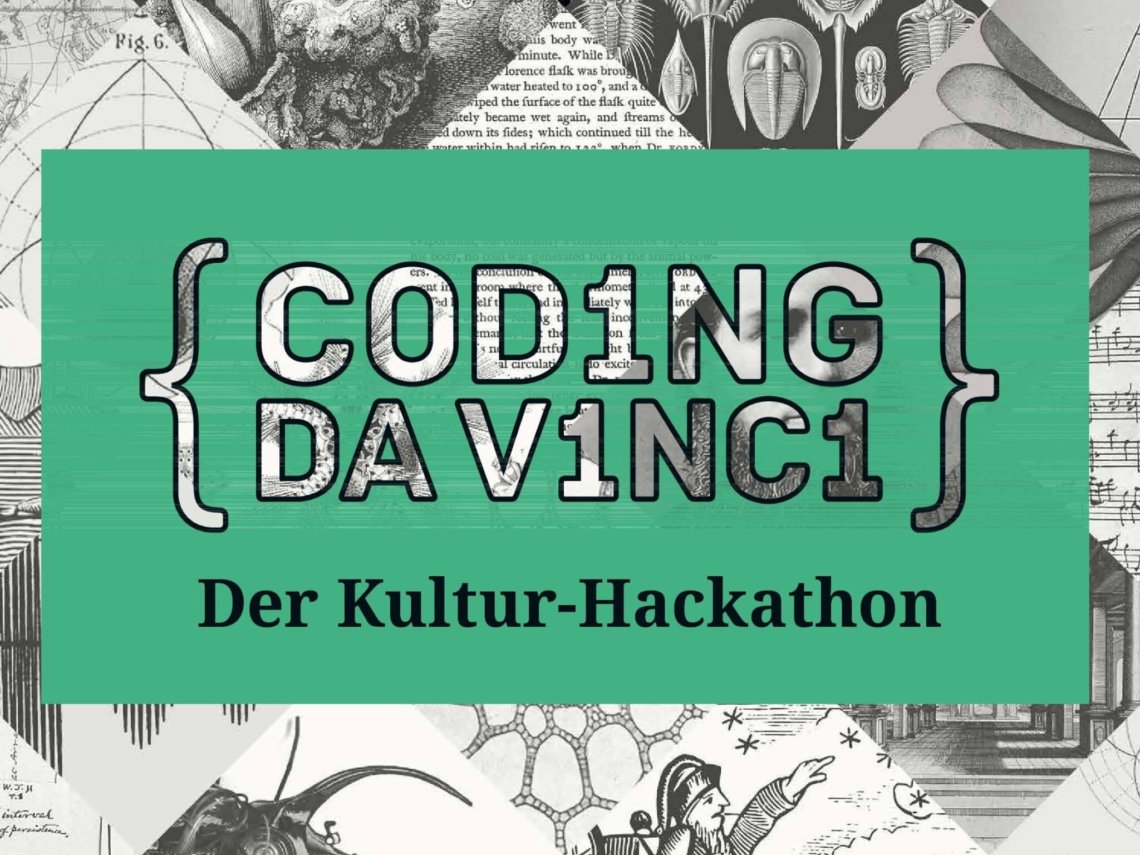 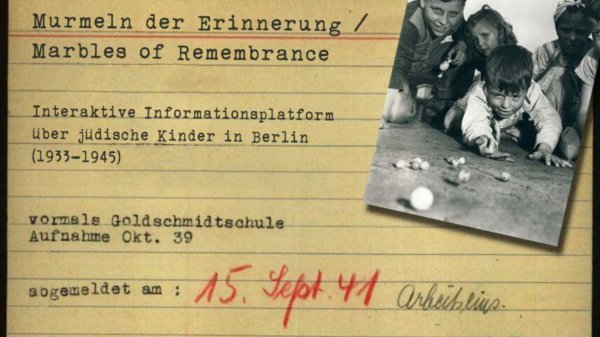 The “Berlin school pupils’ card file” contains more than 10,000 cards that, with the aid of an app, provide a vivid impression of the lives of Jewish children under Nazi persecution. The international team—Leonardo de Araújo, Nina Hentschel, Adrienn Kovács and Nicole Mayorga—linked the information from these cards with a map of Berlin. As a result, the venues and fates of the youngest victims of Nazism take on real presence in the everyday life of the present. On a walk through the streets of Berlin, for example, users can enter the names they find on the Stolpersteine in their cell phones. The interactive platform then searches the Arolsen Archives data and shows the file card with information on the respective child. If the user has GPS turned on, the app will give a signal when he/she comes near a former Jewish school. The program also marks the houses Jewish families lived in before the systematic deportations began in the autumn of 1941.

»Particularly the younger generations have grown up with smartphones and the internet and obtain the majority of their information by those routes. So the chatbot is especially suitable here. The user walks in the children’s footsteps and can identify with them. That way, the user understands history on a more personal, emotional level than he/she could on the basis of facts and figures in history books.«

A “Chat” with Two Jewish Children

In addition to the search and map functions, the team also designed two walking tours featuring two Jewish children as virtual ‘tour guides.’ The user starts by friending the fictional contact “Marbles” on WhatsApp or Telegram. Then the two children Maayan Freier and Isaak Behar introduce their city and their lives in chat-like manner. Maayan was born in 1929 the daughter of a rabbi. Isaak and her present family photos, sound recordings and other Arolsen Archives documents about their lives or those of other Jewish children.

The app will be further developed in the short term.