Annual Report 2018 With a digital and a physical presence

In 2018, we made very good progress on all of our goals, right across the board. I am thinking primarily of our users and of the people who submit inquiries: they profit very directly from the improved access and the better service we now offer. Reaching new audiences is particularly important and our highly successful #StolenMemory campaign and exhibition is a good example of the work we are doing to achieve this. A number of major projects are lined up for 2019, so 2018 was very much a year of plans and preparations.

Most noteworthy of all are our plans to publish the documents from concentration camps and ghettoes in a new online portal, which is being developed in partnership with Yad Vashem. About 10 million documents will be accessible online and will serve to facilitate remembrance and research worldwide.
In fact, “going digital” was an important focus for us in 2018 in other areas too. The entire Tracing department, consisting of almost 100 employees, reorganized their processes and abolished analog routines. As a result, inquiries are now handled digitally and systematically from start to finish, with new procedures for incoming mail, filing and outgoing mail. After just six months, the simple, unbureaucratic procedures that are now in place had already delivered two improvements: faster response times for the people who submit inquiries and more clarity for the employees who deal with them.

I would also like to make particular mention of the publication of our e-Guide – an online tool which provides explanatory information on the documents from concentration camps. We received a very positive response from experts and the media alike, including the Frankfurter Allgemeinen Zeitung (FAZ), an influential German newspaper. We have succeeded in creating a standard work which is scholarly, yet easy to understand at the same time; it is well illustrated, interactive and extremely interesting.

Of course, we did not lose sight of the importance of preserving our unique “paper monument” either. Various partners and financial grants supported us in this task, which is absolutely fundamental to our work. The de-acidification of the care and maintenance files of Displaced Persons is just one of the urgent projects which have now been brought to a successful conclusion. This is all the more important because the archive remains at the heart of everything we do and its authenticity is especially significant as a counterweight to misinformation and ignorance in the digital age.

Unfortunately, we have seen the plans to build a new archive come to a complete standstill. External circumstances have thrown us back to the year 2016 as far as the construction of a new archive building is concerned: the political will is there, but all plans have been put on hold. This is particularly worrying because documents which have been recognized as part of the world’s documentary heritage should not be housed in a temporary storage facility for any length of time. On the other hand, I also see new opportunities arising from the delay. The original idea was to erect a building which would meet functional requirements only, but it is becoming increasingly clear that the new building will need to do justice both to the role we currently play in society and to the role we will play in the future. It is not enough for us to present ourselves as a world-renowned center on Nazi persecution in the virtual world only.

The existence of a place of remembrance and of truth is becoming more and more important for Europe as populist leaders gain support and memories of historical events fade. European unity should not be taken for granted – we must work actively to preserve it. Our own history is closely linked to European development and the peaceful coexistence of nations. This connection was highlighted by the conference on tracing and documenting the victims of Nazi persecution which we held in October last year: 120 experts from 12 different countries came to Bad Arolsen to attend the event. The conference was a milestone in the preparation of our first permanent exhibition, which is to open in 2019 in a former department store in Bad Arolsen – another temporary solution.

I would like to close by mentioning a new beginning: 2018 was the institution’s last full year under the name ITS. By the time this annual report is published, we will already be known as the Arolsen Archives. The former tracing service has long been engaged in tackling new tasks which fall to us in a changing world. As we make more and more parts of the world’s documentary heritage available online and proceed with other new projects, we are inspiring public discourse and activating new target groups. Hence the new name – short and to the point, and accompanied by a new image. I am confident that it will help us position ourselves effectively to stand up for tolerance and democratic values. And I am looking forward to facing the new challenges this brings. 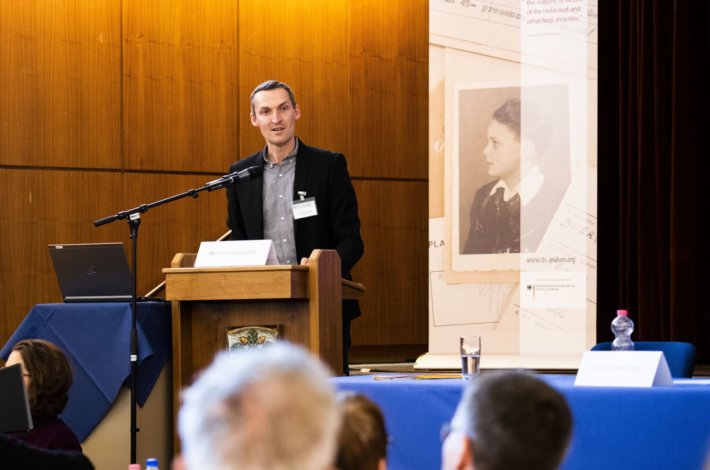 Looking at our own history in the context of academic research: the international conference on tracing the victims of Nazi persecution and clarifying their fates was one of the highlights. 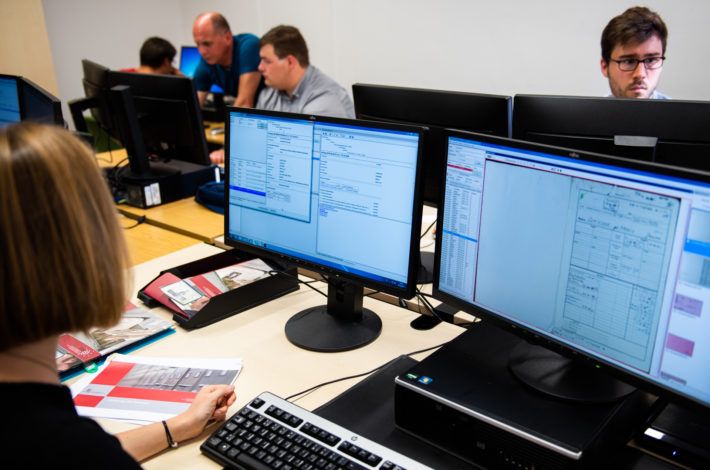 We implemented digital processing for all inquiries in 2018. The result: faster responses and shorter waiting times.

More information
New tasks for the Arolsen Archives
»2018 was the institution’s last full year under the name ITS. By the time this annual report is published, we will already be known as the Arolsen Archives. The former tracing service has long been engaged in tackling new tasks which fall to us in a changing world.« 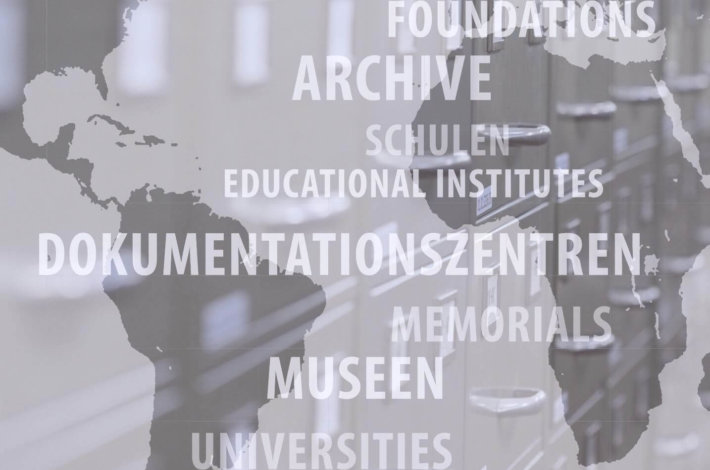 The biographies of those persecuted by the Nazis are of interest to people all over the world. Therefore we become active and look for cooperations: For better use and greater visibility of the archive.

Concentration camp documents contain information about the lives of the victims of Nazi persecution. However, you need background knowledge if you want to understand prisoner registration cards, sick bay cards, or post control cards.

A colored symbol on a prisoner’s card tells us the alleged reason for their detainment in a concentration camp. A single letter of the alphabet reveals whether a person wore prison clothes or civilian clothes while they were detained there. The Arolsen Archives created their interactive e-Guide as a means to provide researchers, family members and the interested public with this kind of knowledge and relevant background information in a highly accessible format.
Without it, it is impossible to decode important details now that decades have passed since the documents were created. After thorough and meticulous preparation, this absolutely essential tool for all users went online in June 2018: the e-Guide of the Arolsen Archives. Easy to read, with a wealth of photos and interactive elements, it explains the most common types of documents on concentration camp inmates.

Nicht nur Abkürzungen oder bestimmten Zeichen auf einem Dokument werden Not only does the e-Guide explain abbreviations and certain symbols which are to be found on a document, it also answers the question of where and why a document was created. Using the cursor, it is possible to select individual fields on a sample document to open windows containing information which is relevant to the field concerned. The tool also uses practical examples from the archive to throw light on the historical context. This transforms the documents, which initially appear rather abstract, into moving records of the lives and sufferings of the victims of Nazism. These documents are often the last remaining traces of people who were murdered by the National socialists.

The e-Guide is available in English and German and is based on the very latest research. Preparations for the second part began as soon as the first part was completed. Parts two and three will be devoted to the documents on forced laborers under the Nazi regime who came from Eastern and Western Europe, and to documents pertaining to Displaced Persons. The plan is for the e-Guide to provide online information on about 100 different document types.

Together with the IT department and external software providers, we have been using and testing a number of new methods for describing and indexing our holdings in 2018. It is important that the Arolsen Archives be open to current and future technological developments.

»As well as trying out three promising new technologies, we also used conventional methods in 2018 to index a special collection and put it online. 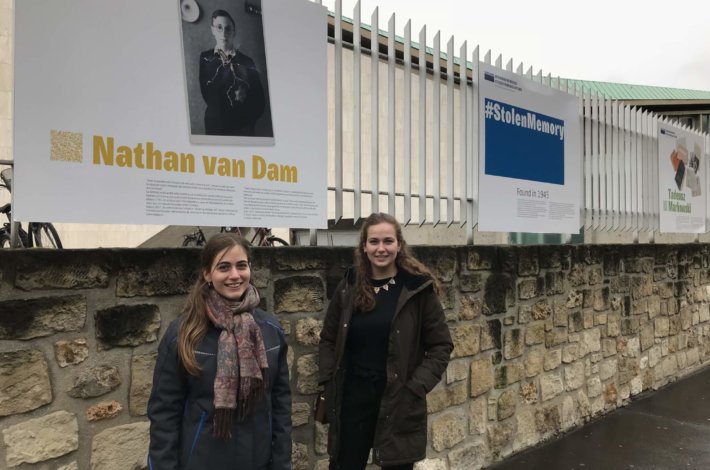 In 2018, the Arolsen Archives were able to return personal possessions belonging to 140 former concentration camp prisoners to the families of their rightful owners. And the campaign exhibition had its premiere. 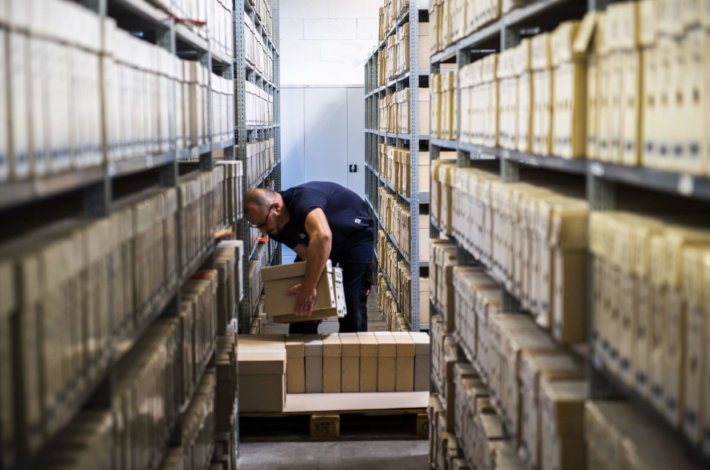 Preservation is not a passive matter but requires action: repairing the documents and protecting them from decay, keeping track of their condition, preparing for emergencies.