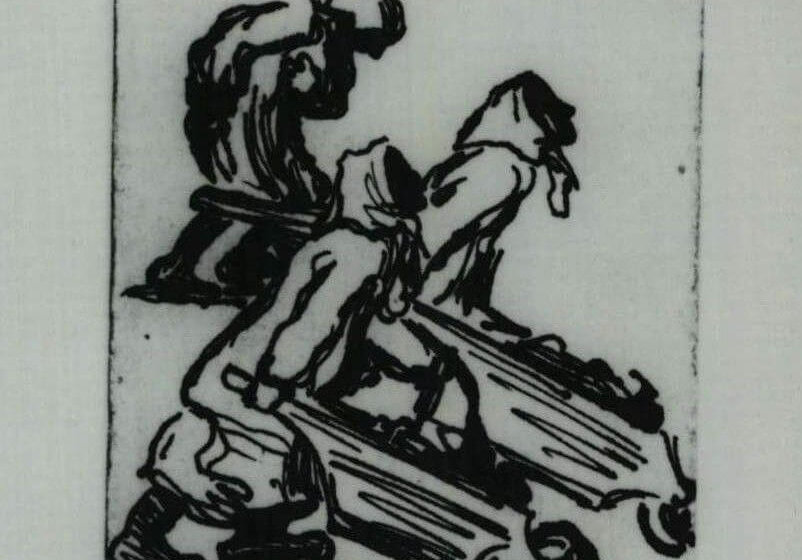 On International Women’s Day we are launching a series in commemoration of strong women who set an example with their will and their battle to survive. Grażyna Chrostowska was a Polish poetess and an activist in the underground. She was a mere twenty years old when she was shot to death in the Ravensbrück concentration camp. In moving poems, she had described the imprisoned women’s struggle with fear and despair.

Born in Lublin, Poland in 1921, Grażyna Chrostowska came from the Polish nobility. Already as a school pupil in her native town, she took a keen interest in literature and film, was a member of the school theatre and a girl scout and wrote her first poems. After the outbreak of World War II, the young poetess became active in a Polish underground organization, the Komenda Obrońców Polski (Defenders of Poland Command).

On May 2, 1941, the Nazis arrested Grażyna while she was visiting her imprisoned sister. Their deportation to the Ravensbrück concentration camp followed. It was there that, on April 18, 1942, when Grażyna was only twenty, she and her sister Apolonia were shot to death.

In addition to biographical data, the file in the ITS archive contains handwritten poems and prayers and even a drawing. They are photocopies of the originals, which are in The State Museum Auschwitz-Birkenau in Oświęcim. The author’s name is given as Grażyna Chrostowska. Even during her confinement in the Ravensbrück camp, she wrote a great number of poems. In them, she describes fears and doubts – about her own fate and the fates of her fellow inmates. “Tell me, why are you so pale? Why is your hand shaking? Why are we whispering? Am I the next in line?” In the camp, Grażyna found her way back to her faith, which gave her strength, perhaps even courage. In Moment of Prayer she wrote: “I was so helpless and now I can do anything. Your arm will wrap itself around me; Your arm will stay me.”

A book of Grażyna Chrostowska’s poems was published in 2007. Za kratą są zielone drzewa (Behind Bars Are Trees of Green), a documentary about her fate, premiered in Lublin in 2017.