HomeInterest in the fates of Nazi victims continues to grow
11. February 2021

Interest in the fates of Nazi victims continues to grow 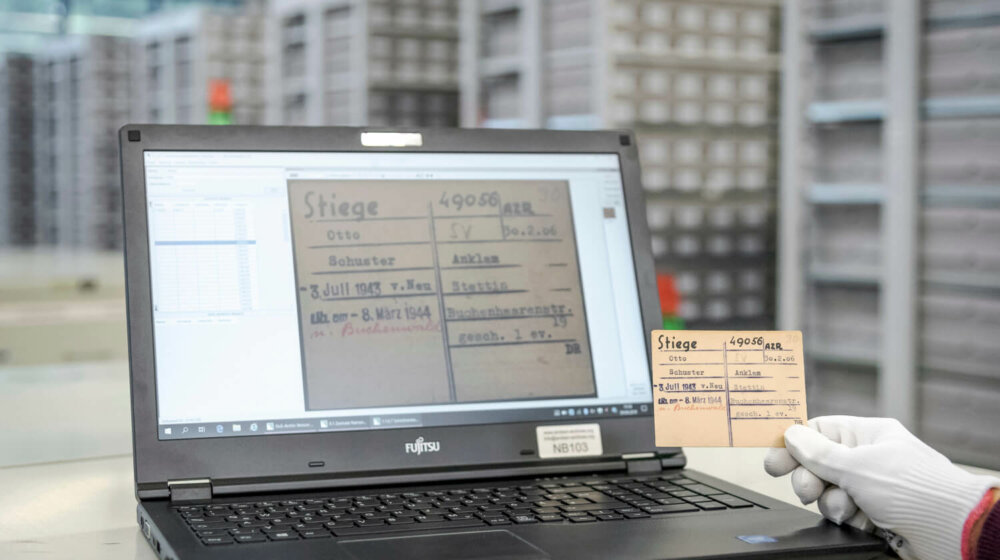 To this day, people are still searching for information about relatives who were murdered, persecuted, or deported by the Nazi regime. In 2020, the number of inquiries received by the Arolsen Archives increased by about ten percent again. The world’s most comprehensive archive on victims of Nazi persecution received inquiries about more than 26,000 persons – almost three quarters of the inquiries came from relatives. Less than one percent of the inquiries came from survivors themselves. In about 60 percent of cases, the Arolsen Archives were able to provide answers and copies of relevant documents. People from around 70 countries in total turned to the Arolsen Archives, with particularly large numbers of inquiries coming from Germany, France, the states of the former Soviet Union, the USA, and Poland.

The online archive of the Arolsen Archives also attracted high levels of interest. Around 900,000 users from all over the world searched the digital collection in 2020. Since 2019, the Arolsen Archives have published 27 million documents online. Their holdings consist of 30 million documents in total and belong to UNESCO’s Memory of the World. They provide information about concentration camp prisoners, forced laborers, and people who survived persecution.

“There is a great deal of interest in original documents that bear witness to Nazi crimes,” explains Floriane Azoulay, the Director of the Arolsen Archives. “The number of survivors and witnesses is growing smaller with every year that passes. This increases the importance of the documents as they can speak to younger generations in their stead, as it were, and are also often the last traces of the victims.”

Son takes receipt of his father’s fountain pen and wristwatch 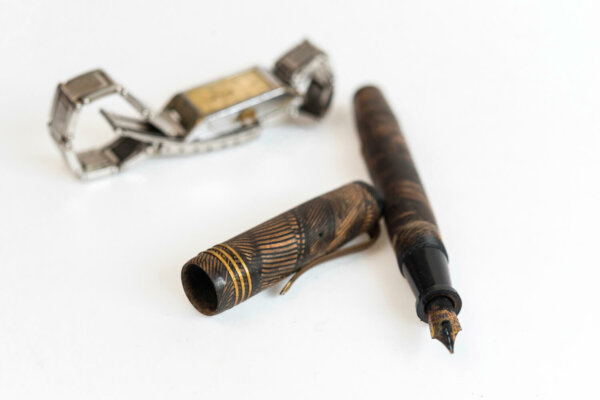 In February, the Arolsen Archives had the pleasure of being able to send a very special parcel to France: Michel Loncar is now in possession of a fountain pen and a wristwatch that belonged to his father, Michajlo Loncar. This is the 500th time that personal belongings have been returned to the family of a concentration camp prisoner. “We launched our #StolenMemory project a little over four years ago when we began working with volunteers to find families,” reports Floriane Azoulay. “No one would ever have guessed that it would be possible return so many objects to their rightful owners.”

Michajlo Loncar was born in Skalica in present-day Slovakia and deported from France by the Nazis in 1944. He had to perform forced labor in a sub-camp of the Neuengamme concentration camp. He managed to survive the ordeal and died in France in 2000. “The return of personal belongings is of great emotional importance to relatives,” stresses Floriane Azoulay. “These objects tell stories of persecution that crisscrossed Europe; they are a window onto the past and bring back memories to the families.”

The Arolsen Archives still have about 2500 so-called effects and they continue to search for the families of their owners.

Download of the press release
PDF (297.1 KB)
Support us