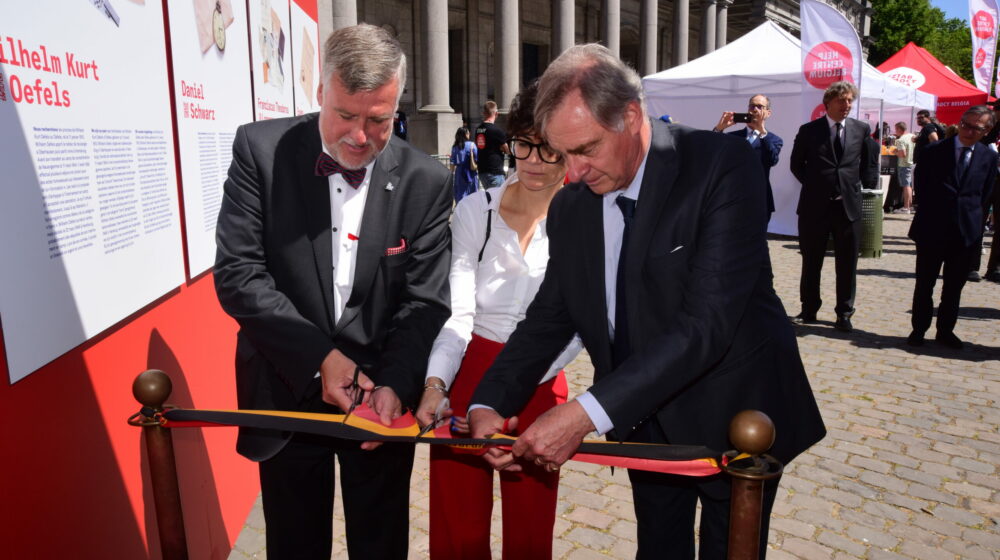 French and Dutch as well as German – the trilingual #StolenMemory exhibition will be touring Belgium in a shipping container from May 2022 on. The #StolenMemory website  and educational materials  are now available in these two new languages too.

The fourth #StolenMemory container set off on its tour through Belgium on May 8, 2022, VE Day. We spoke to Gilles Heyvaert, the Belgian chair of the International Commission that oversees the work of the Arolsen Archives, about the significance of the traveling exhibition in his home country.

From Bad Arolsen to Brussels

Why does the Belgian Ministry of Foreign Affairs support the #StolenMemory project?

The support offered by the Belgian Ministry of Foreign Affairs to the #StolenMemory project is part of the work we are doing while we chair the International Commission of the Arolsen archives. As newly appointed Chair of the Commission, I visited the headquarters of the Arolsen Archives in October 2021.  One thing drew my attention as soon as I arrived: a set of posters standing in front of the main entrance – the #StolenMemory exhibition. The sober presentation of short personal stories and biographies of identifiable people who suffered persecution juxtaposed with pictures of their personal belongings moved me deeply.

The Belgian Minister of Foreign Affairs, Mrs Wilmès, decided to sponsor the construction of a traveling exhibition, translation into our national languages French and Dutch, and the display of the #StolenMemory exhibition throughout Belgium.

About the International Commission
About Gilles Heyvaert's visit to Bad Arolsen 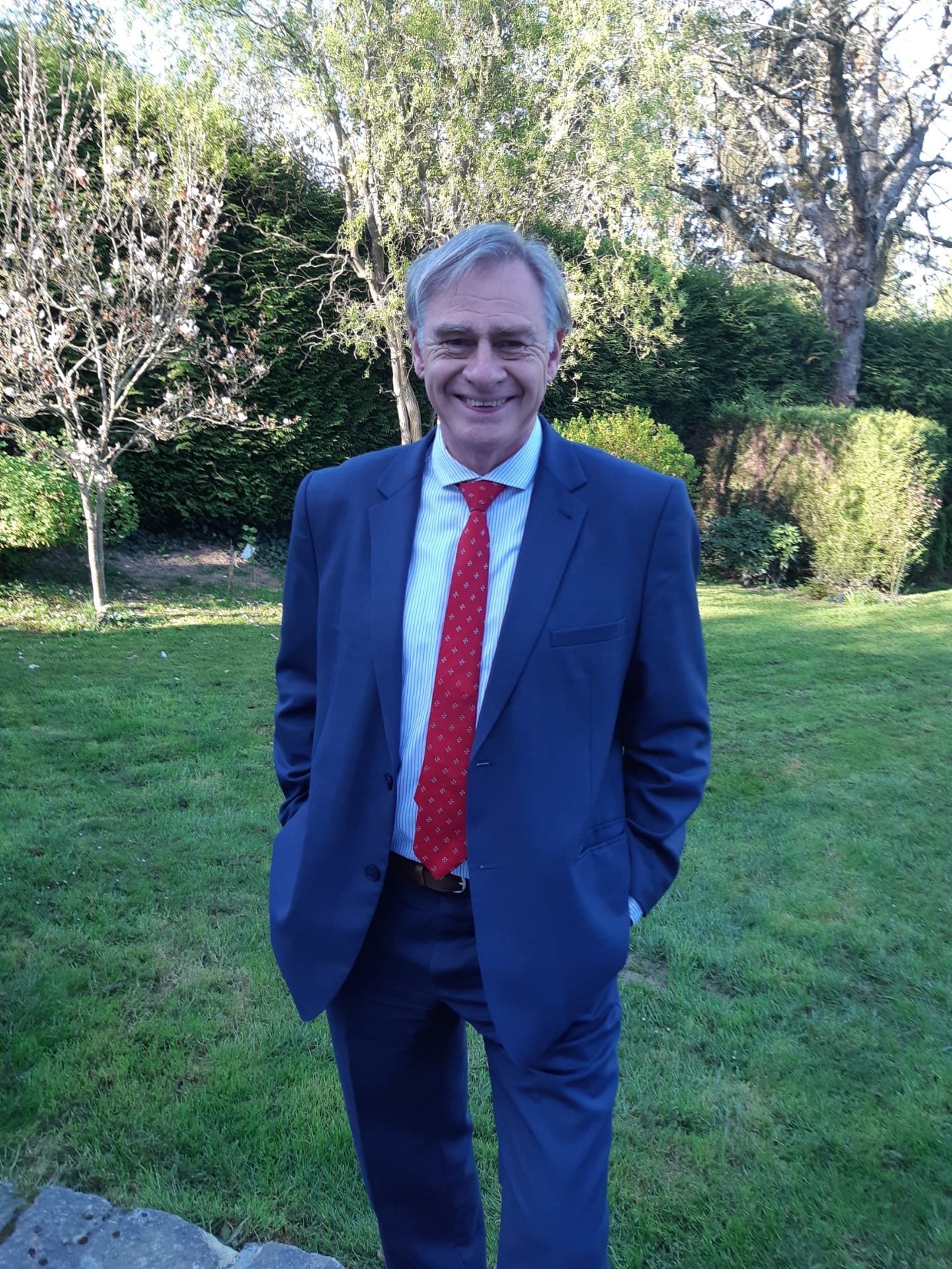 »The names, faces, and pictures, and the personal belongings still in storage at the Arolsen Archives form a kind of bridge between the events of the past and the people of today. It makes history a living thing.«

Why is #StolenMemory so important? What do you hope this project can achieve in Belgium?

Nearly 80 years after World War II, most of the contemporary witnesses have passed away. It is of the utmost importance that we find ways to perpetuate their testimony and to continue raising awareness, especially with the younger generation. There are many ways to perpetuate their memory and testimony: education, commemoration, museums, and documentary movies are some of the more obvious ones. But one thing always goes straight to our hearts and minds: when a link is established between a picture and the person who sees it.

As a matter of fact, #StolenMemory is a real success story as the return of family documents has enabled some 600 families to retrace and rebuild family relations that were once brutally broken.

What role does Belgium play in Holocaust remembrance culture?

As a European country affected by World War II and its unprecedented level of horror and persecution, Belgium has a historical duty to remember and to honor the victims of the Holocaust. Transmitting memories of the past from generation to generation implies the inclusion of the Holocaust and other genocides in school curricula. The combination of commemoration and education are key elements in the fight to prevent people from forgetting, in the fight against the minimization and distortion of the facts. Belgium is very committed to promoting education, to preventing all forms of racism and xenophobia, and to strengthening research on the Holocaust.

But identifying heroes and researching their brave deeds can take a long time. In 2021, the Regional Parliament of Brussels decided to officially honor three young men and erect a statue to them in the capital. On April 19, 1943, Youra Livchitz, Robert Maistriau and Jean Franklemon stopped a train that was leaving the Kazern Dossin transit camp to take to Auschwitz-Birkenau.  Thanks to their intervention, many  Jews who were on the 20th deportation train to Auschwitz were able to escape death.

What are the peculiarities of the Belgian culture of remembrance? What role can #StolenMemory play?

The Belgian culture of remembrance rests on three pillars:

Ideally, #StolenMemory should be shown in as many Belgian cities as possible in order to attract the attention of as many citizens as possible. More than ten cities have already shown an interest in welcoming the exhibition.