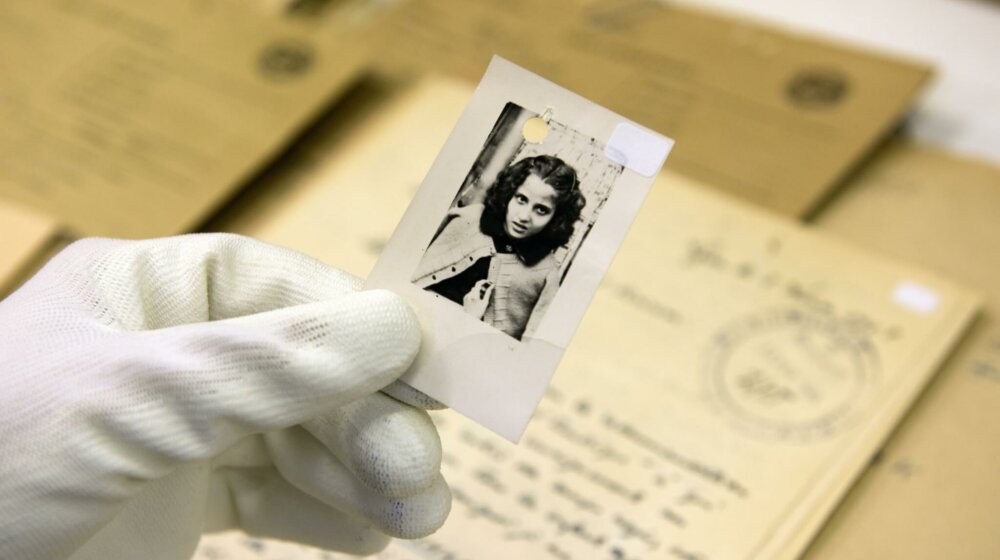 Would you like to send an inquiry to the Arolsen Archives? Are you looking for information on the fate of family members who were victims of Nazi persecution or do you require information for the purposes of research or educational projects? Please use our inquiry form!

We can provide information about

Your inquiry to the Arolsen Archives

One form for all your inquiries: we will guide you through the form, asking you to select the appropriate options and enter all the information we need in order to carry out research for you.

To the inquiry form

Here you can see the current figures for our processing times. These apply to the clarification of fates and paths of persecution with the help of our documents. If we are looking for graves or search for family members, it can take much longer. Every month we receive more than 1,000 inquiries. As a rule, we process them in the order we receive them. Inquiries from survivors or requests with a high urgency are given priority treatment, so that the waiting time is only a few days to a few weeks. We assure you that we will do our utmost so that every person requesting information receives an answer as soon as possible. 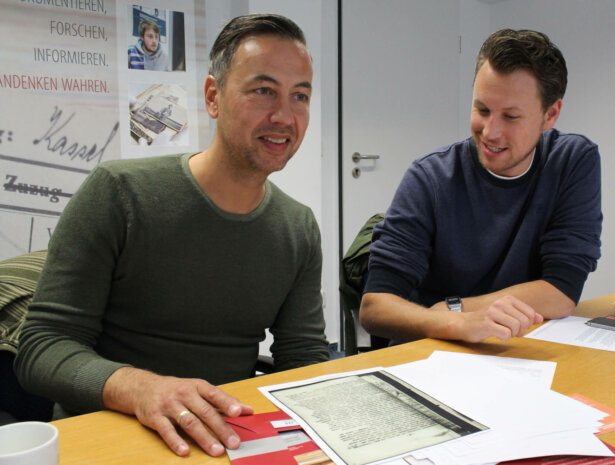 To the information for relatives

If you are looking for information on compensation for Jewish victims of Nazi persecution, you will receive support at: www.claimscon.org

Information on prisoners of war, civilian detainees, missing soldiers from the German armed forces or civilians who were deported by the Red Army can be obtained from: www.drk-suchdienst.de

»These documents are ever more valuable. They are memory.«

Alexandr Afanasjew, former prisoner of war and prisoner of the Buchenwald concentration camp and Ellrich-Juliushütte sub-camp on the occasion of his visit to Bad Arolsen

From lists to questionnaires with photos

Lists of various kinds often form the basis for the information provided by the Arolsen Archives. Some of these lists are the product of National Socialist bureaucracy. The perpetrators produced meticulous documentation of deportations, new arrivals, cases of sickness and deaths in concentration camps. However, the Allies made lists too, primarily concerning the registration, care, emigration or repatriation of Displaced Persons (DPs) as well as the activities of the Child Search Branch after 1945.

The collections of the Arolsen Archives also contain documents relating to individuals. Documents dating from the Nazi era include prisoner registration cards from concentration camps and registration cards of forced laborers. Our archive also holds documents from the post-war period, including the questionnaires issued by the International Refugee Organization which had to be filled out in order for people to receive support. And then there are the correspondence files of the Arolsen Archives which are associated with individual names and document all the inquiries and search requests which have been received. They contain additional information on the fates of individuals provided by survivors and relatives.

The digitized version of the Central Name Index, which contains information on about 17.5 million people, is the starting point for all research on individuals. Staff created a card for each mention of a name on a document. So all the cards with references to documents can be found under the names concerned.

The archive and the data it contains also provide excellent opportunities for research which is not based on individual persons, but focuses instead on specific places or topics, for example.

Information on research potential can be found here.

We hold documents on:

No, not in principle. Anyone can send us an inquiry and we will respond free of charge. The only situation in which costs may arise is when we provide a large number of documents in digital or paper form. (To the Rules on Fees and Tariffs.) However, this does not apply to family members who make an inquiry. We always provide family members with copies of all the documents in the archive about their families free of charge.

Even though our document holdings are very extensive, they are not a complete or continuous record. There is hardly any documentation of many of the crimes committed. This applies to the mass killings in the occupied territories in particular. The National Socialists also destroyed a great many of the papers which could have served as proof of coercive measures, terror and murders. Another portion of the administrative files and registries of Nazi institutions and occupation administrations were lost in the turmoil of the final months of the war.

The work of bringing the documents collected by the various tracing services to Arolsen began as early as 1946. In order to provide information from a central location, copies of other useful documents were also collected. We evaluate these copies too, of course. Initially, the originals remained in the possession of the German authorities or other institutions and were not transferred to the proper archives until later. Even then, not all of them found their way into the archives. This means that the copies are of historical value too.

Most of the documents were created on the basis of information given orally or copied from other documents. Not only may the documents contain misspellings, they can also contain other mistakes – both deliberate and unintentional. The documents from concentration camps are a special case: information given on the time and circumstances of death should always be viewed critically. In order to conceal their crimes, the SS used standardized terminology for describing the various causes of death. They covered up executions and “euthanasia“ or the fact that hunger, disease, forced labor, catastrophic hygienic conditions and medical experiments often led to death. Information on the time of death can also be contradictory: when people died in the sub-camps, their death was not recorded on the lists in the concentration camps until some days later.

Hardly any of the information in the documents was filled out by the people concerned. Almost all the papers from concentration camps, public authorities or occupation administrations are based on information given orally or copied from other documents. Different spellings resulted from the varying writing and language skills of the clerks who filled out the forms. Even after the war, clerks wrote data down after hearing it spoken only or they transcribed or copied data from handwritten documents or other sources which were hard to read. This is why the Central Name Index of the Arolsen Archives is based on an alphabetic-phonetic system which also takes the pronunciation of the names into account.

Sometimes the victims of Nazi persecution themselves gave different versions of their names or dates of birth. An assumed identity or the date of birth could be the key to survival. Often, people continued to use these names and dates after the war or they changed them to suit their new goals.

It is impossible today to reconstruct the different reasons and backgrounds for such variations, so we transfer the spellings used in the original documents to our archive database without making any changes because the spellings themselves are of historical value.

Two stamps can be found on many concentration camp documents in the Arolsen Archives: the I.T.S. Foto stamp and the Carded stamp. Both of these stamps date from the post-war period. The “I.T.S. Foto No.” stamp was used on documents that were photographed by US authorities in the early 1950s to preserve the information they contained. This stamp only means that the document has been processed. It does not mean that there are photos of the person concerned.

The “Carded” stamp is usually found on lists of names: it means that the list has been added to our Central Name Index enabling individual names to be found quickly on a list. This activity was known internally as “carding”. It consisted of transferring all the names mentioned in a document to individual index cards.

During and after the Second World War, pieces of paper were often reused several times because there was a shortage of paper. Blank forms or other information can often be found on the back of documents such as punch cards. Sometimes the back of a piece of paper was used for another person, so one document can include the details of more than one person.

All the personal data we collect for the purpose of processing your inquiry is saved and used internally only. The Arolsen Archives only pass on personal data after consultation with those concerned or after the elapse of a general retention period of 25 years – this applies in particular to the documentation of inquiries at present. In order to provide you with information, we use documents from our archive, copies of documents from other archives and sometimes information from external sources. Copies of documents from other sources are sometimes subject to the data protection regulations of other institutions or other countries. In such cases, we refer you to the institution concerned.

Most of the information contained in the documents of the Arolsen Archives is personal data, sometimes it is of a delicate nature. For this reason, we ask you to treat copies of documents and the data they contain responsibly and respectfully.