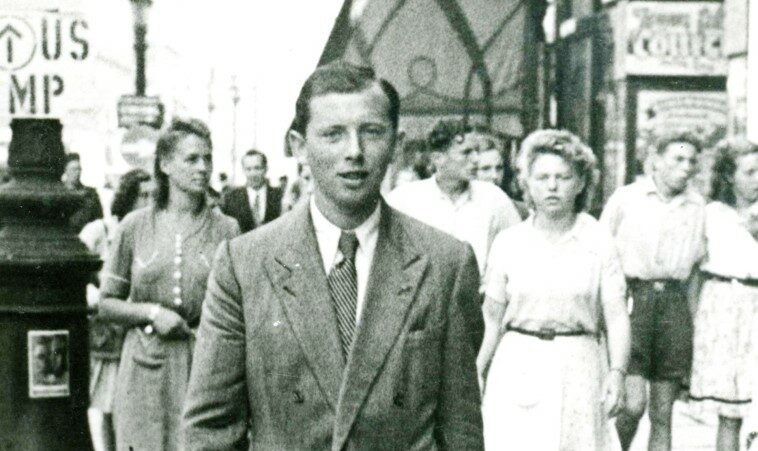 On Thursday, June 2, 2022 at 6 p.m. CEST, Mendel Mandelbaum will speak about the life story of his father Mordechaj Nachman (Nathan) Mandelbaum, who was persecuted by the Nazis and survived several concentration camps. In his research, he also used documents from the Arolsen Archives.

Nathan was born in Lublin in April 1921 and grew up in Brussels. With his wife Regina, he tried to escape to Switzerland in September 1942, but both were arrested at the border. The Nazis deported Nathan and Regina to Auschwitz on September 18 1942. Mendel’s father was assigned to forced labor there – most of the people on transport #34, however, were immediately murdered, including Regina.

In the following years, Nathan survived several concentration camps and a death march.

This event will be held in English.

Register for free
Support us