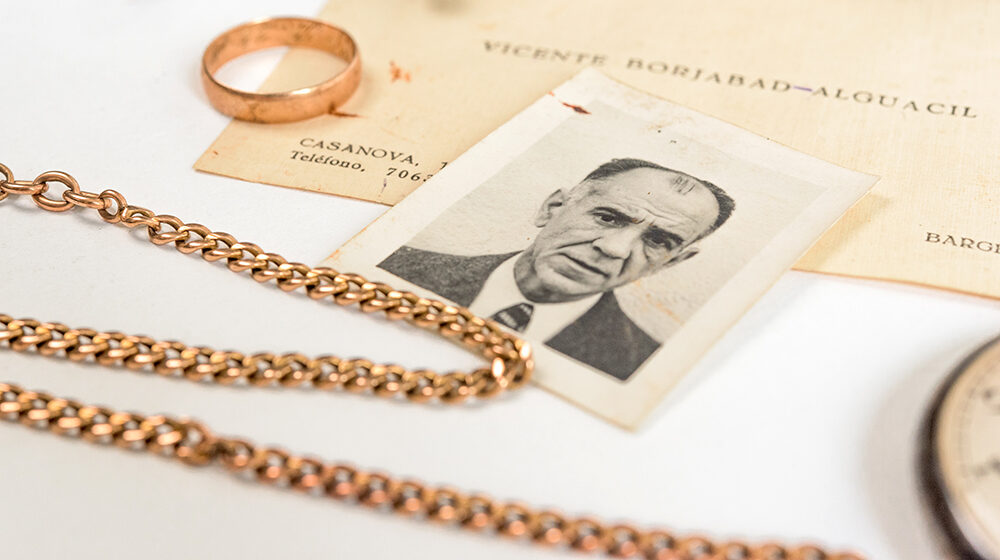 Together with the Recuerdo y Dignidad Asociación, the Arolsen Archives are opening a new #StolenMemory exhibition in Soria on October 25, 2021 (Palacio de la Audiencia, Plaza Mayor s/n 42002 Soria). Thirty posters tell the stories of people who were persecuted and deported to concentration camps in the Nazi era. Their personal belongings were taken away from them and have been stored in the Arolsen Archives since the early 1960s. We are working with volunteers to search for their families in order to return the stolen mementoes to them.

The exhibition focuses on the fates of persecutees from Spain who fought against Franco in the Spanish Civil War, were arrested by the German occupying forces while they were in exile in France, and were then deported to concentration camps.

The exhibition also includes the personal belongings of Vicente Borjabad Alguacil, who came from the Soria region. They will be handed over to his relatives on the last day of the exhibition.

The exhibition is on display at the Palacio de la Audiencia in Soria until November 11.