#everynamecounts – everywhere. This is the motto of a campaign focusing on “Local Remembrance” which the Arolsen Archives launched on May 8 to mark the anniversary of the end of the Second World War. This campaign aims to increase the visibility of small memorial sites and initiatives and to give them a voice to promote the valuable and important work they do.

The systematic persecution of millions of people took place in many different locations, it was not hidden away: sites of persecution, terror, and exploitation could be on your doorstep. When memorial days are celebrated each year, media attention and media reporting focus on the large memorials on the sites of former camps. This has the effect of reinforcing the mistaken belief that Nazi crimes were limited to a few central locations.

The vast majority of the countless concentration camp sub-camps, forced labor camps, prisoner-of-war camps, and other sites of persecution, terror, and exploitation receive little or no attention from the media. We give small memorial sites and initiatives the opportunity to use the various channels of the Arolsen Archives to reach out to a larger audience.

Would you like your memorial site to be part of the campaign? This is what we can do:

Take a look at this example from the Mahn- und Gedenkstätte Walpersberg e.V to get an idea of how you could present your own memorial on our social media channels:

Maps, photos, and diaries – the Arolsen Archives are digitizing a large collection of original documents from the REIMAHG armaments works in Kahla for the Walpersberg Memorial Association, the “@Mahn- und Gedenkstätte Walpersberg e.V.”

These documents provide important information about the forced laborers who were made to work in armaments production there: Who were these laborers? Where did they come from, and how were they accommodated?

This project resulted from the work we have been doing in cooperation with Patrick Brion. Since 1993, he has been working tirelessly with the Memorial Association to research the history of the REIMAHG works in Walpersberg. At least 12,000 forced laborers had to build Messerschmitt jet fighters in an underground facility in the REIMAHG (short for “Reichs Marschall Hermann Göring”) between 1944 and 1945. 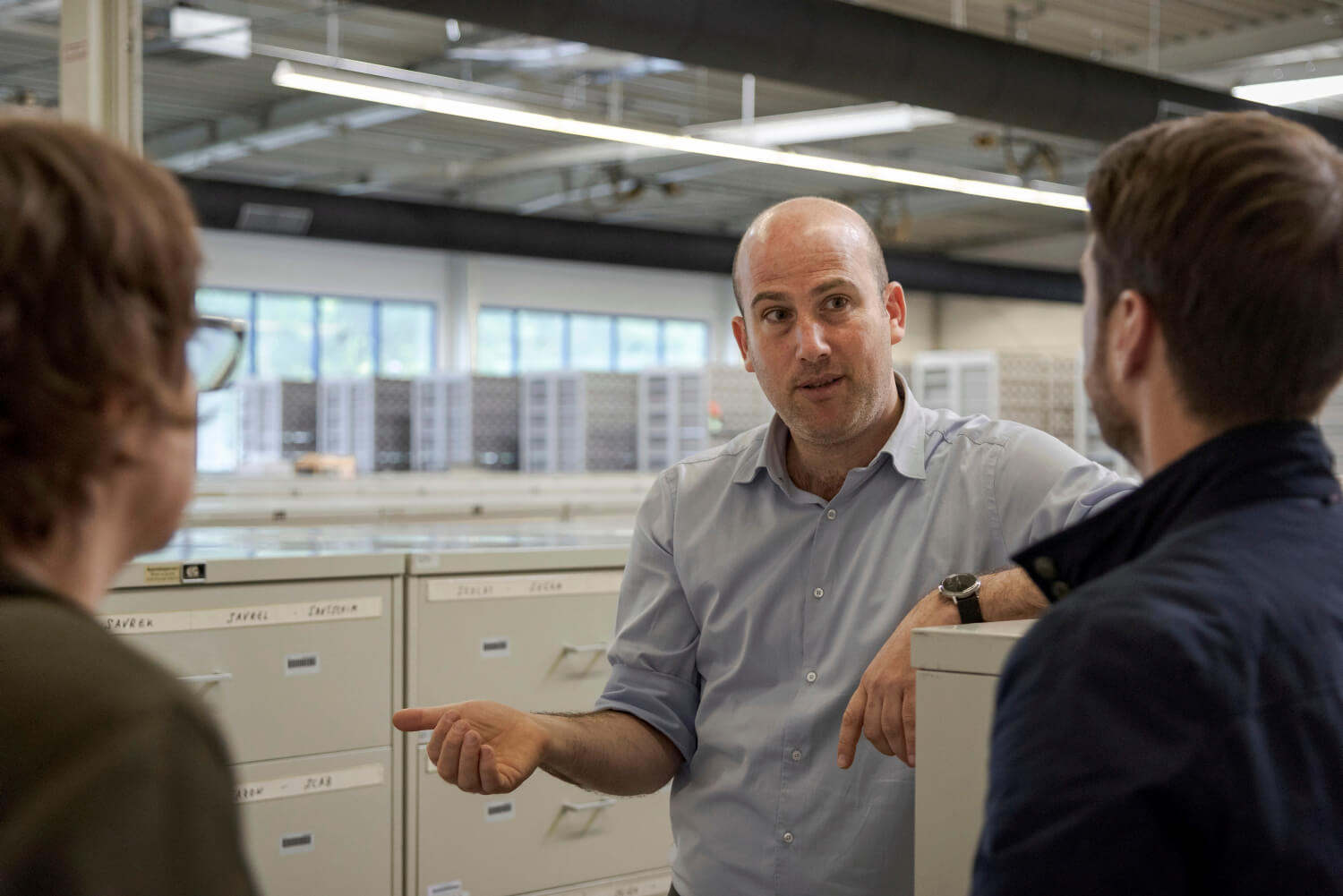 »The work our #everynamecounts volunteers do to index documentary holdings from smaller camps is very valuable for memorials and memorial initiatives. People will soon be able to search specifically for this data in our online archive and gain new insights into the history of Nazi persecution.«

Giora Zwilling, Deputy Head of Archives at the Arolsen Archives

We are all part of #everynamecounts. Together we are working to build a memorial to the victims of Nazism, and we are taking an active stand against antisemitism, racism, and discrimination. The larger our community gets, the stronger we grow!

Who is already on board?

These memorial sites and initiatives are already taking part and introduced themselves to you in the weeks following May 8:

Even if assistance with digitizing documents is not what you need, this campaign can still benefit your memorial directly. What are the most important features of your memorial? Let us know more about your work – we are looking forward to helping you be a part of the campaign.

Become part of the campaign! To the contact form
Support us