We are searching for:
Relatives of Rita
Kleiber Soares (Thasler) 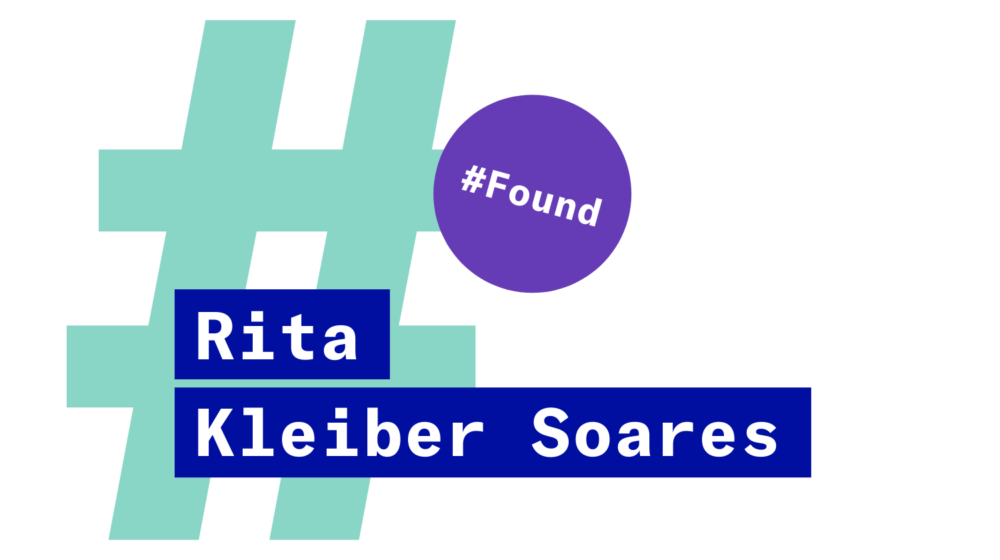 Until recently, Rita Kleiber Soares thought she was the daughter of a Romanian woman who emigrated to Brazil via Austria. But research carried out by her daughter-in-law, Carolina Toom, has revealed that Rita was in fact separated from her German family in the turmoil of World War II and given up for adoption. Now Rita and Carolina are searching for surviving relatives in Germany. We need your help with this search.

From Silesia to Brazil

Rita Thasler was born in 1941 in Striegau, Silesia, now Strzegom in Poland. On February 12, 1945, the day the family fled in the face of invading Russian troops, they became separated from one another. Rita’s father remained in Striegau; Rita, her mother, and her grandmother Ernestine fled. They ended up in a refugee camp near Pilsen (Bohemia), where her mother died a few months later. The cause of her death is unknown. Rita spent time in children’s homes in Mariánské Lázně (German: Marienbad) and near Regensburg before she was adopted by Stefanie Kleiber when she was five years old. They lived in Vienna until 1948 and emigrated to São Paulo, Brazil, with assistance from the International Refugee Organization (IRO). When Stefanie applied for naturalization, she told the authorities that she was Rita’s biological mother because she did not have a birth certificate for her adopted daughter. That is how a Silesian orphan named Rita Thasler became the Vienna-born daughter of Stefanie Kleiber. Rita was given the new surname Kleiber – and with her new name came a new identity.

In an effort to learn more about Rita’s origins, her daughter-in-law, Carolina Toom, submitted an inquiry to the Arolsen Archives in 2018. The documents from the archive combined with her own research enabled her to discover Rita’s place of birth, the orphanage, and the names of her parents. She also managed to clarify the fates of Rita’s deceased parents. Rita also found out that her father had spent decades searching for her.

Rita Thasler in our online archive

Carolina Toom published her mother-in-law’s story together with Prof. Dieter Schwaiger at heimatforschung-regensburg.de in the hope of finding more information about the family’s history. So far without success.

Who are we looking for?

Rita is now 80 years old and would like to get to know any living members of her family in person. The information she already has, which includes names and last known addresses, is listed below. Please help us find these people:

Thanks to this appeal, Rita has now found her cousin’s daughter. The two of them are in touch with each other and plan to meet in person the summer. We wish the family all the best and want to thank everyone who helped by sharing the search appeal.