A coincidence led to the father’s watch 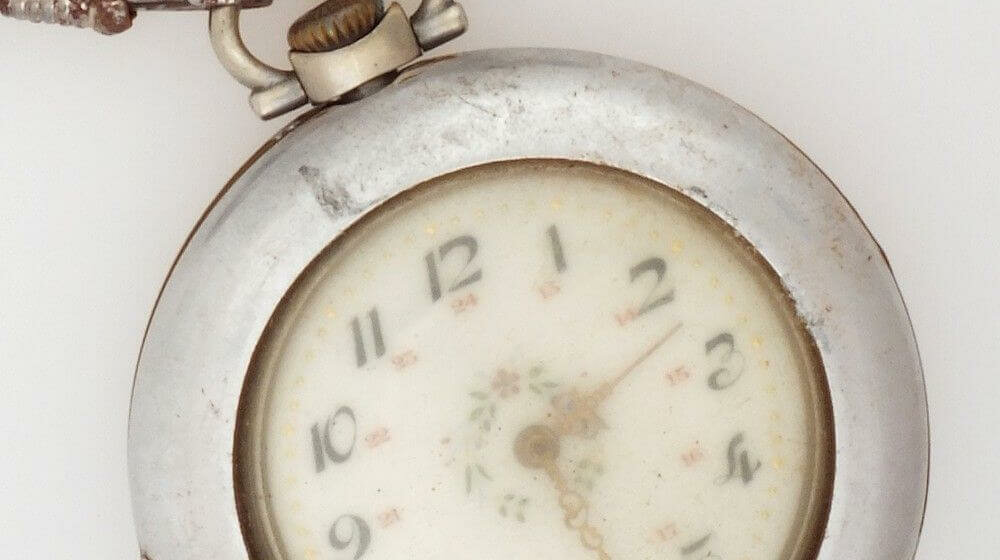 In 2016, the Canadian Daniel Krywiak contacted the Neuengamme concentration camp in the hope of finding out more about his father’s fate. He never would have expected the answer he received. The staff informed him that his father’s pocket watch was in the archive of the International Tracing Service (ITS). He then wrote to the ITS, and several weeks later a little package containing the memento came to him in the mail.

Iwan Krywiak was thirty-six years old when the Nazis deported him to the Neuengamme concentration camp. One document reveals that he had been living in France. On that occasion he had also stated his name as Jean, the French version of Iwan. According to the papers in the ITS archive, his place of birth was Sokola, Poland. The reference is probably to the village of Sokola Dąbrowa in western Poland. Otherwise there is no information to be found about the life he led before his persecution: no indication of his profession, his parents or his young family. His inmate number 39677, on the other hand, appears on every document. Once people had come under the control of the Nazi system, they were deliberately deprived of their individuality. The Nazis reduced them to numbers.

The documents show where Iwan spent the final months of his life. The Germans forced him to perform extremely heavy labor in the construction of a defensive wall—the so-called “Frisian Wall”—in Husum-Schwesing, a Neuengamme subcamp. The fortification consisted of a series of antitank ditches along the North Sea coast. Adolf Hitler had issued a Fuehrer’s order for this construction project on August 28, 1944, after the opening of the western front. It soon became obvious how futile the work on the “Frisian Wall” was—work that cost hundreds of concentration camp inmates their lives.

Iwan Krywiak died on December 15, 1944. In the death-roll, pneumonia is given as the cause of death—this is how the perpetrators obscured the systematic murder they committed with the aid of forced labor, undernourishment and abuse.

Often there is no specific site where the relatives can commemorate and mourn their dead. In Husum, the victims—among them Iwan Krywiak—were buried in mass graves and their names entered in the cemetery register.