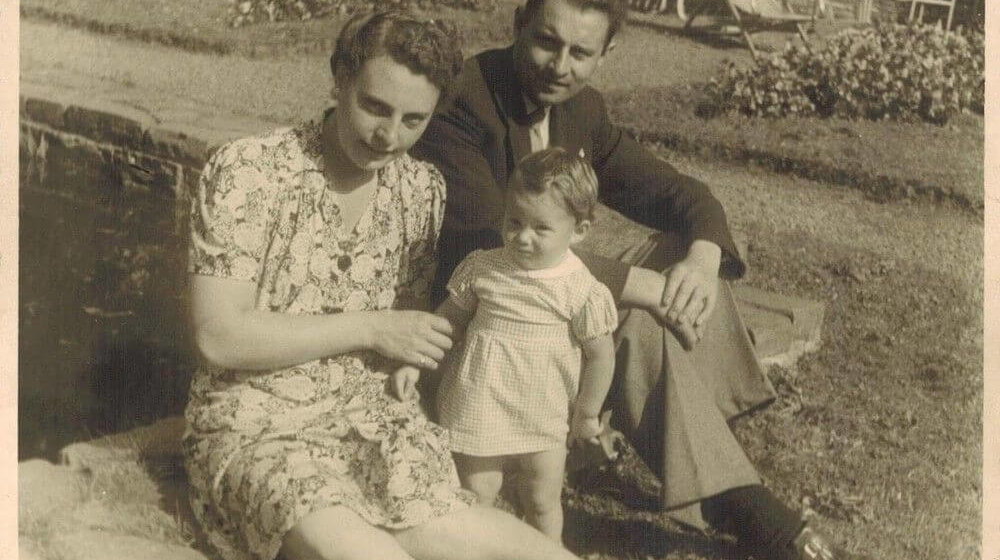 Gustave Oeyen, a member of the resistance, survived the hardships of imprisonment in the Neuengamme concentration camp. The fact that some of his personal belongings have been preserved as effects came as a complete surprise to his son. Jean-Marie Oeyen recently visited the International Tracing Service (ITS) to claim his father’s wedding ring and wristwatch.

“I never thought this would be so emotional for me.” Jean-Marie Oeyen of Belgium is holding his father Gustave Oeyen’s (1914–1974) wedding ring and watch in his hands. The Dutchwoman Annelies Sijtsma-Hoezen had discovered them in the ITS online archive and set out in search of the family. “She wrote and asked me if I was Gustave Oeyen’s son,” he reports. “At first I could hardly believe what she was telling me.” Then he spontaneously decided to claim the mementoes in person, and came to Bad Arolsen in May 2017.

The Nazis had arrested the Flemish partisan Gustave Oeyen in August 1944 and divested him of his personal belongings. Two weeks before the birth of his first child, they deported the young man to the Neuengamme concentration camp by way of the Fort Breendonk Gestapo camp. “Every day my mother showed the baby, my sister, a photograph of our father so that she would recognize him when he came home,” recalls Jean-Marie Oeyen, who was born in 1947.

When British soldiers found Gustave Oeyen in a subcamp of Neuengamme on April 29, 1945, he weighed no more than about 85 pounds. But he was alive. After more than two months in a hospital, he was strong enough to return to his wife and daughter. Jean-Marie wants his sister to have the ring and the watch. She didn’t want to come to Bad Arolsen herself. “It would have been too emotional for her.”

Jean-Marie Oeyen still admires his father’s bravery today. “He worked for the railroad and passed on information about German troop movements until a Flemish collaborator informed on him. My father never understood why a Fleming would betray him.” Gustave died in 1974 of the long-term consequences of Nazi imprisonment and abuse. “What counts are deeds, not words; that’s what I learned from him.”

Jean-Marie brought his wife, but also some friends with him when he came to Bad Arolsen. Friends from Germany. The fact that they met here on May 9, Europe Day, of all days, was a coincidence—but a welcome one: “My mother never wanted to meet our German friends. I understood that. But my father never felt hatred towards Germans. To this day, he’s a shining example of tolerance. I consider myself a citizen of the world and in my opinion what we need are dialogue and friendship.”

The ITS is still looking for some 3,200 owners of effects or their relatives. The names and photos of all objects are on file in our online archive.