“Football Players in Focus” – A Cooperation with Borussia Dortmund 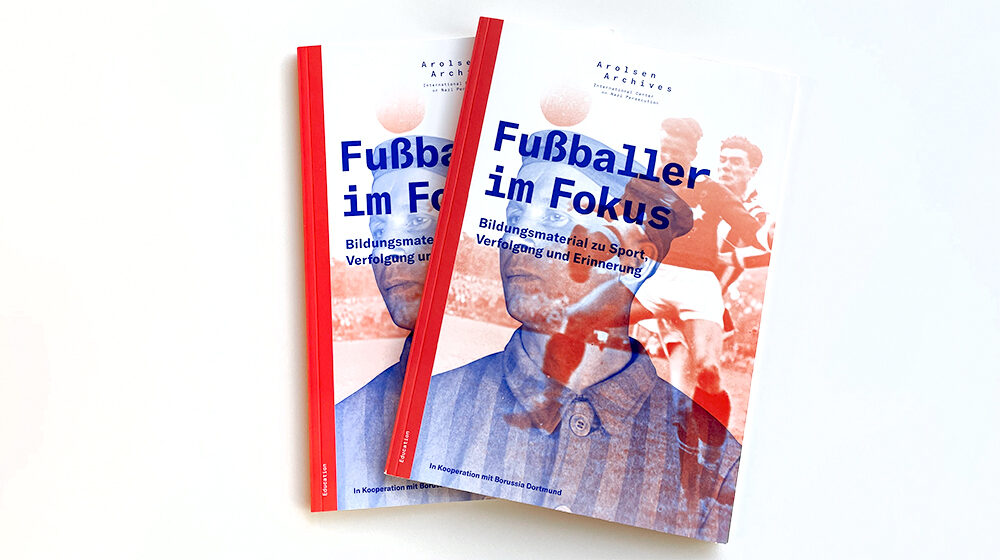 The Arolsen Archives present their latest publication “Football Players in Focus: Educational Materials on Sports, Persecution, and Remembrance,” which was developed in cooperation with Borussia Dortmund and Dr. Andreas Kahrs. These educational materials are suitable for use in schools and other educational contexts. They are aimed at fan initiatives and fan clubs in particular.

In many European countries, football players were among those who were persecuted by the Nazis during World War II. As Jews or political opponents, they were deported to German camps. This publication includes various biographies of athletes who were persecuted in this way – some more well known than others – and provides an opportunity to learn about the history of individual camps and about Nazi occupation in Europe through their individual stories of persecution.

Twelve short biographies provide insights into the life of football players in the pre-war period and an overview of the early years of European football. Documents from the Nazi era promote a questioning approach to learning about Nazi persecution and the suffering of people who had one thing in common: they were football players.

Fans are encouraged to research at local level

These educational materials are suitable for use in schools and other educational contexts. They include information on how to design a project day in order to learn about the history of Nazi persecution from the perspective of football. Source materials are explored with the help of online tools. Additional information is provided to encourage people to do research on persecuted athletes from their own city or on the role of their own club during the Nazi era.

“Football Players in Focus” can be downloaded here. Alternatively, you can order a copy by mail from the Arolsen Archives for 3 euros: id@arolsen-archives.org.

Comments on the publication

Dr. Henning Borggräfe (Head of Research and Education, Arolsen Archives): “Our archive offers numerous starting points for historical learning about Nazi persecution with a strong connection to people’s lives today. To explore this type of connection, we develop educational resources that can be used directly, without in-depth prior knowledge. Football is one of the areas where we can link historical events to the way we live today, so that makes BVB an ideal partner for us.”

Daniel Lörcher (Head of CR, Borussia Dortmund): “Cooperation with the Arolsen Archives was a great next step for us. We were able to use the many years of experience we have of running workshops and addressing different groups, and we hope many fan initiatives, fan projects, and clubs will use these materials for their own projects.”

Dr. Andreas Kahrs (historian, AK Projekte): “Football is a really good starting point for historical learning and remembrance work. Looking at the biographies provides both fascinating and frightening insights. On the one hand, it draws attention to the often forgotten role that Jewish athletes played in the history of the sport. On the other hand, it increases awareness of the unfathomable loss caused by the Holocaust and the Second World War – for the world of sports in particular.”