Funds Granted for the Preservation of Historical Maps 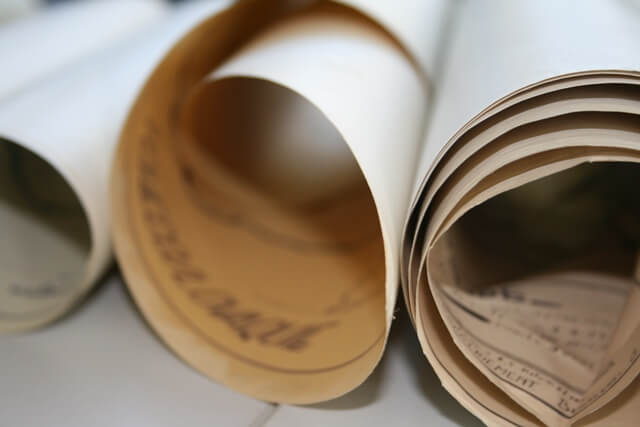 The International Tracing Service (ITS) is receiving further aid in the amount of 20,000 euros for the preservation of its archival holdings. It plans to apply these funds toward the deacidification and restoration of layout plans from concentration camps as well as maps indicating the routes of death marches. Under the motto “The Special Format,” Germany’s Federal Government Commissioner for Culture and the Media (BKM) and the Culture Foundation of the German Federal States (KSL) are supporting thirty-four projects for the preservation of fragile documents in archives and libraries. The Coordination Office for the Preservation of the Written Cultural Heritage (KEK) made the selection.

Within the framework of this project, creases, tears and damages caused by adhesive tape and lamination will be removed from the large-scale maps in the ITS archive. The paper will also be deacidified. Many of the selected documents date from the Nazi period and were produced by the concentration camp administrations. The ITS itself created the maps showing the routes of the death marches in the early post-war period to serve as an aid in clarifying the fates of inmates.

The implementation of the planned measures will ensure the long-term preservation of the maps, which belong to the UNESCO Memory of the World. “The restoration will also enable us to make these exceptional documents accessible to a larger public,” commented archive director Christian Groh. “They are an invaluable aid in the effort to grasp the spatial magnitude of the Nazi crimes.”