Research for names of Auschwitz prisoners 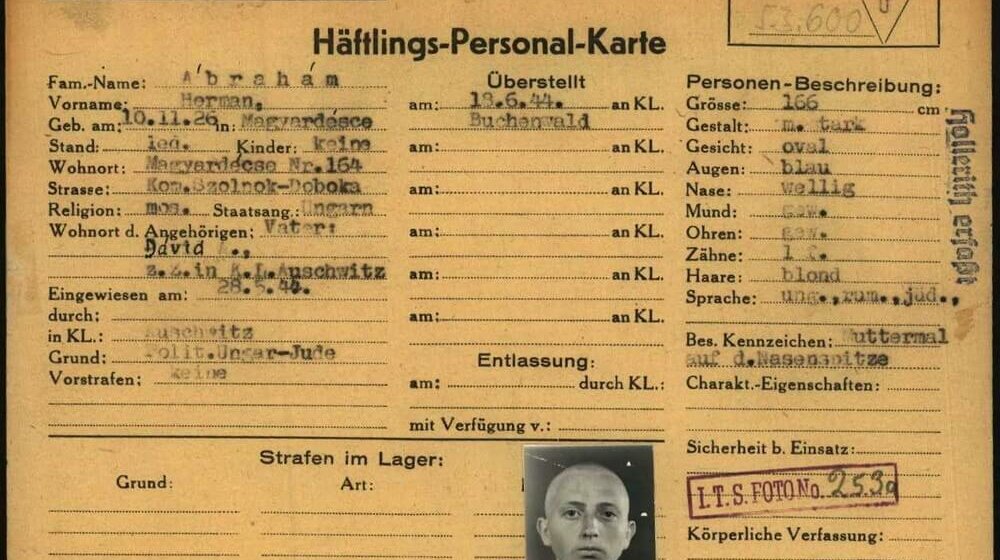 Bad Arolsen, December 4, 2018: The Auschwitz-Birkenau State Museum is now receiving direct access to the entire International Tracing Service (ITS) database—the world’s most extensive archive on victims of Nazi persecution. This project will make more knowledge about the names and fates of Auschwitz inmates available.

Wojciech Płosa, the head of the Auschwitz-Birkenau museum archive, explained the historical significance of the cooperation: “It is creating a new means of continuing our work to complete the list of the names of Auschwitz concentration camp inmates, enriching the archive with new documents and, in the historical context, bringing more facts to light concerning, for instance, inmate labor and transports between different camps.” To date, the memorial has information on more than half of the 400,000 registered inmates. In the case of some 900,000 Jewish men, women and children, the Nazis did away with the registration process entirely. They took these persons directly from the ramp to the gas chambers and murdered them.</p><p>A large number of documents in the ITS archive contain information on the victims of the German Nazi regime who were deported to the Auschwitz concentration and extermination camp—or on transports from there to various other camps to perform the forced labor that often led to their demise.

ITS director Floriane Azoulay sees the remote access to the database as an important signal: “The joint project is a manifestation of the ITS’s new openness. We want to empower other memorials, archives and research institutions by offering them an easy way of accessing and interpreting the information available in our archives. Ultimately, this project will lead to better service for users of both institutions, to more knowledge and certainty for family members of persecuted persons, and hopefully to a better understanding of the individual persecution histories.” Within the framework of the cooperation, the Auschwitz-Birkenau State Museum is making better-quality scans and other document copies available to the ITS. This will be helpful in the efforts to document the victims’ fates as completely as possible.

By way of their direct access to the ITS’s document holdings, the Auschwitz archive staff will be able to carry out targeted searches for references to transports from and to Auschwitz and thus gather more information about the inmates. To this end, they will evaluate deportation lists, personal inmate documents, death certificates and reports. The results will be included in the documentation of the Auschwitz inmates on the museum website. The research project is slated to last two years and will come to a preliminary close with a jointly organized conference.

An international center on Nazi persecution, the International Tracing Service (ITS) possesses the world’s most comprehensive archive on the victims of National Socialism. Its holdings of some thirty million original documents have been included in the UNESCO “Memory of the World” registry since 2013.

As a key information center, the ITS answers some 16,000 inquiries per year and provides information on the fates of victims of Nazi persecution.

For today’s society, the ITS is a unique source of knowledge about ostracism, persecution, the Holocaust and migration after 1945. As an idea generator for research and education, the ITS works with memorials, archives and research institutions the world over. To make the documents freely accessible, the ITS has begun publishing its collections in its online archive.