Research Seminar at the ITS 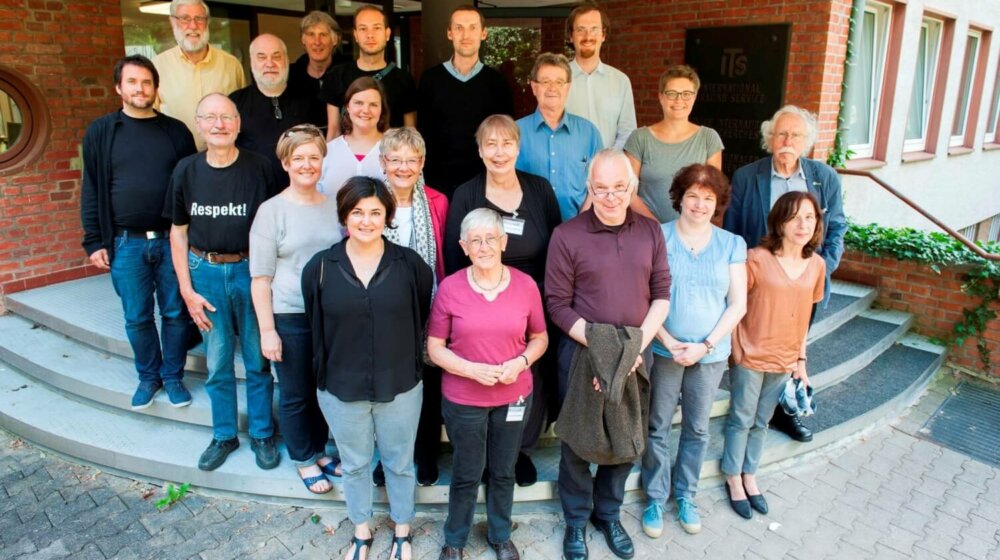 For three days at the end of June, twenty members of local history, education and commemoration initiatives took part in a special research seminar at the International Tracing Service (ITS). The ITS offered the workshop in collaboration with the Jack, Joseph and Morton Mandel Center for Advanced Holocaust Studies at the United States Holocaust Memorial Museum (USHMM).

“The seminar is a splendid idea. I’d never heard of an offer like this that brings various initiatives together and provides competent advice. This is truly remarkable and can serve other archives as an example. All I can say is: that’s the way to go!” Lutz Priess, who is involved in a project group concerned with Soviet graves and memorials, was delighted with the impulses and inspirations he received at the ITS. “I found information in so many cases that I’m definitely planning to come back again.” And the feedback from the other participants—all members of initiatives in Germany and Holland—was likewise unanimously positive.

Michael Quelle, who carries out research for projects on the Nazi period in the Rotenburg/Wümme and Stade districts, is putting his research results to use immediately for a commemorative event. In an e-mail he told the ITS team: “I was able to clarify the identities of forced laborers buried in several previously unidentified graves in village cemeteries. The gravesite of Johann Puk in the Osterholz Cemetery in Bremen was especially important to us. He was publicly executed by the Gestapo in Buxtehude in August 1943—seventy-five years ago. There’s going to be a memorial service for him next month.”

Anna Friebel from the Nazi Forced Labour Memorial in Leipzig was also extremely pleased: “Small institutions can rarely afford to carry out lengthy research in archives. This workshop feels like recognition for our work.” A private donation from Phyllis and Neil Greenblum via the USHMM covered not only the participants’ workshop fees but also their travel and room and board expenses.