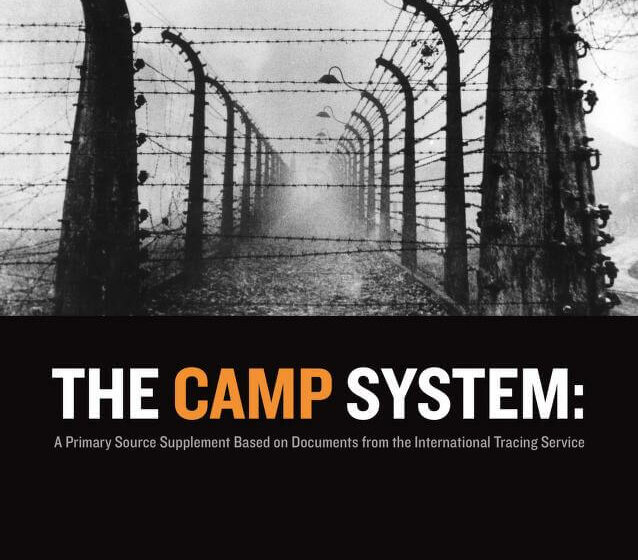 The newly published booklet The Camp System introduces historical documents as sources of information on the Nazi camp system. It is volume two in a series of English publications being put out by the United States Holocaust Memorial Museum (USHMM) in collaboration with the International Tracing Service (ITS) and the Wiener Library. The booklet is based on documents from the ITS archive. With the aid of these sources, it sheds light on the dehumanizing practice of labelling and registering the inmates, forced labor, experiments on humans, industrial mass murder, etc.

The tightly woven network of camps in Germany—and later the German-occupied territories—was one of the mainstays of the National Socialist dictatorship. By the time of their defeat and surrender, the Nazis had established some one thousand concentration camps and seven extermination camps. They had also set up a tremendous number of facilities fulfilling various other functions, for example the detention and accommodation of prisoners of war and forced laborers.

Many of the records amassed by the Allies to serve as evidence of the camps are now in the ITS archive. However, the Nazis had also destroyed great quantities of documents. In the post-war period, the ITS endeavored to fill the gaps by interviewing survivors. The witness statements, for instance pertaining to the Gross-Rosen camp, are also introduced as sources in the new publication.

After Women under Nazi Persecution, The Camp System is the second booklet in the series, and particularly suited to the needs of educational work. All German-language documents are also included in English translation. Photos from the USHMM and the Wiener Library collections and recommendations for further reading supplement the source material. A brief essay serves as an introduction to the topic of each booklet. The aim of the new publication series is to spread the word about the ITS’s unique archival holdings to an international readership. The selected documents are also intended to provide impulses for use within the framework of educational work and call attention to the archive’s research potentials.

The new series is being produced with financial support from the Claims Conference, the Manya Friedman Memorial Fund, and Edie and David Blitzstein in memory of Kurt and Thea Sonnenmark.

The Camp System
A Primary Source Supplement Based on Documents from the International Tracing Service
The booklet is available free of charge.
Link to the publication