The long road to legal reform 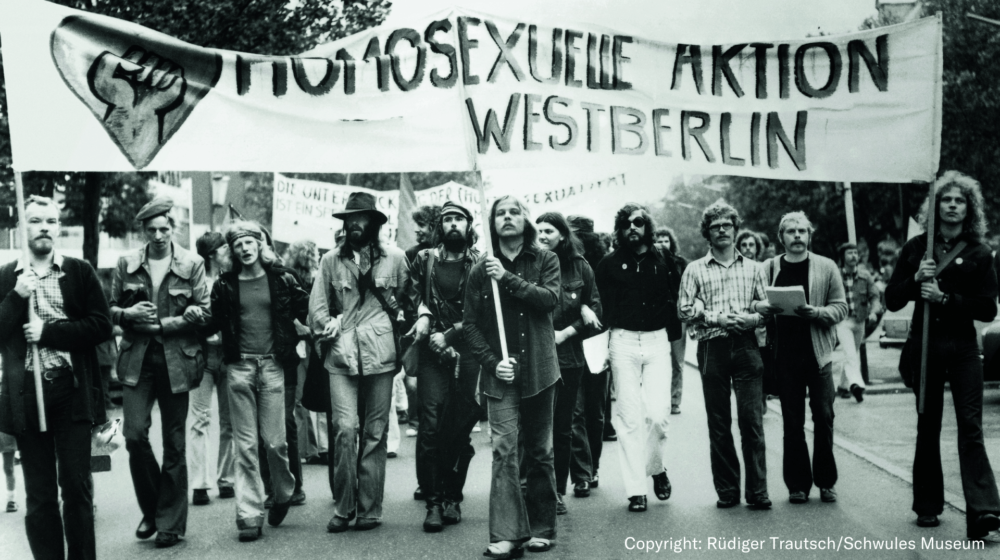 It took 123 years before homosexual men in Germany were able to express their sexuality openly without fear of official punishment. Paragraph 175 was not removed from the penal code until 1994. Lesbian mothers were denied custody rights for their children right on into at least the 1980s. Queer people still experience discrimination in society today.

Between 1872 and 1994, German legislators and authorities interpreted Paragraph 175 in various ways. The legislation criminalizing homosexual acts was enshrined in Paragraph 175 at the time of the German Empire.

Excerpt from the text of the law:

An unnatural sex act committed between persons of male sex or by humans with animals is punishable by imprisonment; the loss of civil rights might also be imposed.«

During the Weimar Republic, the 1920s saw the emergence of a countermovement in big cities. There was a flourishing homosexual scene in clubs and bars, especially in Berlin. But all that changed when the National Socialists came to power. They strengthened Paragraph 175 and saw homosexual men as a threat to their plans to create an “Aryan race.” Within a few weeks, the police shut down all the well-known clubs and bars frequented by gay men, lesbian women, and trans people, including Eldorado in Berlin and Dornröschen in Cologne. On May 6, 1933, the SA ransacked the Institute for Sex Research founded by Magnus Hirschfeld, a founding figure of the first German homosexual movement, who had narrowly escaped an assassination attempt by right-wing extremists in 1920 already.

As early as 1933, the Nazis began sending men who were persecuted as homosexuals to concentration camps. Many of them were forced to wear patches with pink triangles as a form of identification in the camps. These triangles led to even greater stigmatization as they clearly marked these men out as homosexuals in the camps. They were often treated with particular brutality as a result. And to some extent, they were also exposed to discrimination by other prisoners. On documents like this prisoner registration card for Rudolf Brazda, the pink triangle was often combined with the abbreviations “Homo” or “§175.” Nazi courts convicted about 53,000 men on the basis of Paragraph 175, and it is assumed that about 10,000 men persecuted as homosexuals were detained in concentration camps. Many of them did not survive their imprisonment.

While in Germany, Paragraph 175 only referred to homosexuality between men, in the Austrian part of Nazi Germany, female homosexuality was also a punishable offence. However, quite independently of the possibility of criminal prosecution, lesbian women and queer people faced a particularly high risk of being denounced and of coming under the scrutiny of the Secret State Police (Gestapo) under the Nazi regime because of their sexual orientation and gender identity.

When this happened, a number of other factors also came into play: If, for example, the women concerned had contact with Jews, expressed criticism of the Nazi regime, or were themselves Jewish or belonged to the Sinti or Roma minorities, this was sufficient reason for the Nazis to send them to a concentration camp. Some of the women who were classified as “anti-social elements” or “political prisoners” in concentration camps were lesbians. Laurie Marhoefer explores these issues in greater detail in an essay titled Lesbianism, Transvestitism, and the Nazi State: A Microhistory of a Gestapo Investigation, 1939-1943. Marhoefer researched the story of Ilse Totzke – the Arolsen Archives hold some of the records related to her history. Totzke survived the Ravensbrück concentration camp. 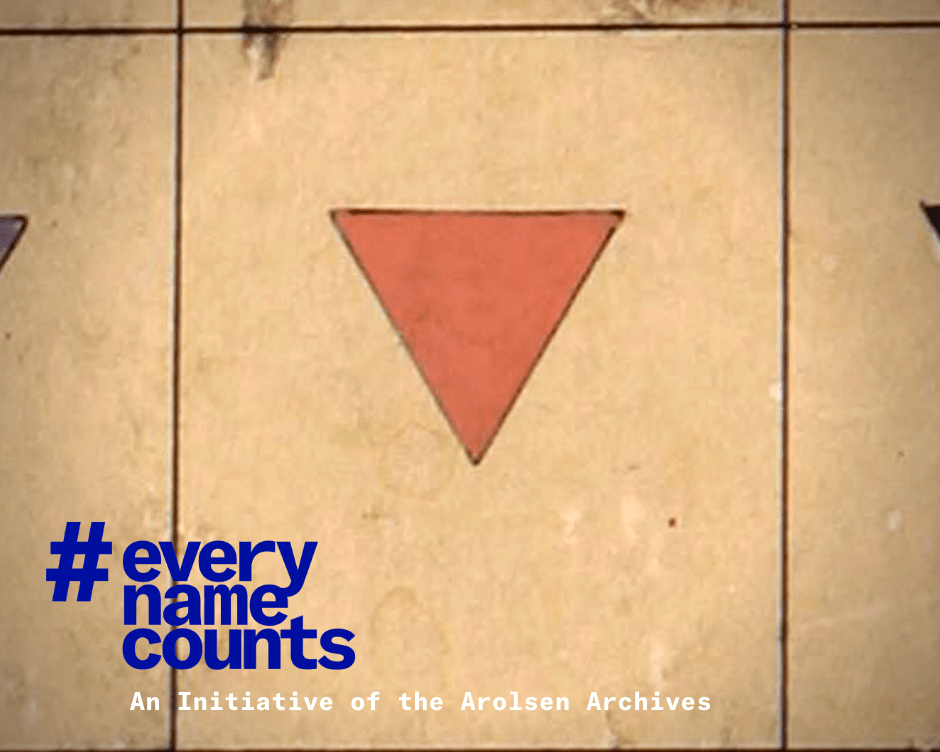 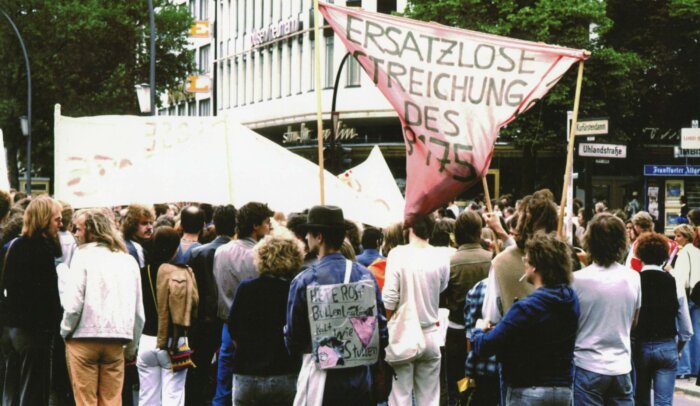 In the 1970s and 1980s, gay activists adopted the pink triangle as a symbol of their movement and reinterpreted it as a positive sign of solidarity.

Even when the Second World War ended, the Federal Republic of Germany retained the “Gay Paragraph.” The Federal Ministry of Justice estimates that by 1994, some 64,000 men had been convicted under Paragraph 175. Prejudice against homosexuals was still rife in Germany in the 1950s and 1960s. In 1965, they were referred to as “social parasites” in the “Berliner Abendschau,” a regional TV news program, and those who came out or were outed often lost their jobs. Anyone who had an entry in their criminal record for an infringement of Paragraph 175 had difficulty finding a new job. Raids took place in major cities such as Munich and Berlin, where police tried to catch men in flagrante delicto.

The first step towards change came in 1969 when the paragraph was revised so that sex between men over the age of 21 was no longer a punishable offence. In the 1970s, gay activists adopted the pink triangle as a symbol of their movement and reinterpreted it as a positive sign of solidarity. Nevertheless, many more years would pass before Paragraph 175 was completely removed from the penal code in 1994, and then another 23 years before all the men convicted under the paragraph were officially pardoned in 2017. This also entitled them to receive €3,000 in compensation and an additional €1,500 per year of imprisonment or part thereof. Only a few people have submitted an application.

After World War II, lesbian women also continued to experience discrimination from many quarters – including the state. An extreme example of this was the denial of child custody rights to women who were known to be lesbians. Courts in the Federal Republic of Germany continued to take children away from lesbian mothers on this basis right on into at least the 1980s. To protect themselves and their children, some mothers kept their partners secret. Not until this year has an academic study on lesbian life in Rhineland-Palatinate exploring the issue of removing custody become available.