Three Versions of His Grandmother’s Fate 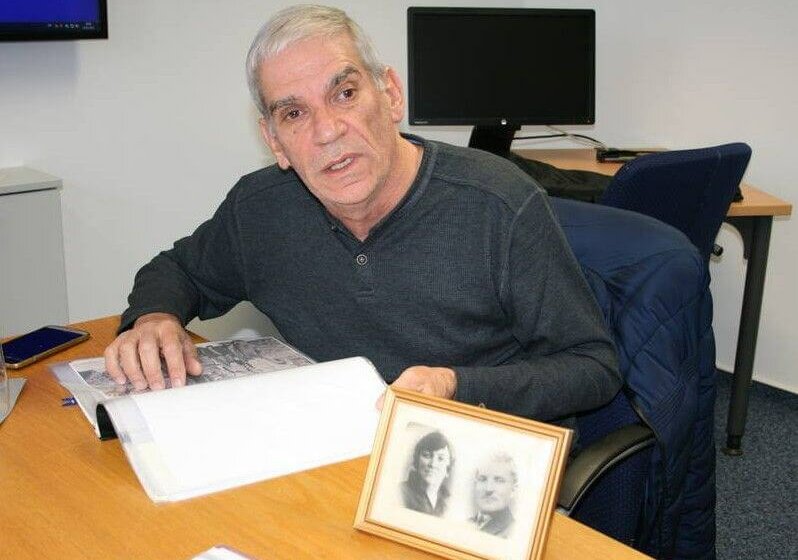 The Nazis painstakingly documented their crimes in all detail. Nevertheless, only a fraction of the records survived. Many were destroyed in the war; others were deliberately done away with shortly before Nazi Germany surrendered. As a result, there were many people of whom no trace remained, no indication of the fates they suffered. For the victims’ families, this uncertainty can be a great burden—as it was for Shmuel Alter, who turned to the International Tracing Service (ITS) in the hope of finding clues to his grandmother’s story.

Parts of his family, including his grandmother Sprinza Alter, lived in Danzig (Gdansk) before the annexation by the German Reich. The persecution, deportation and annihilation of the Jews began there on September 1, 1939. Shmuel Alter’s father lost contact to his family and never learned what happened to them. There was information only on the fate of Shmuel’s grandmother Sprinza Alter—conflicting information. According to the Yad Vashem Page of Testimony filled out by an uncle, Sprinza was shot to death during a street raid in Danzig in 1941. Another source claims that she and Shmuel’s grandfather were deported to the Warsaw Ghetto. There is no documentary evidence of either version.

Shmuel Alter was determined to learn the truth about his grandmother’s murder. “I used to have no trouble putting the whole thing out of my mind. But now that I’m an old man, I can’t stop wondering about her fate!” So he contacted archives, memorials and researchers in Israel, Poland and Germany, all to no avail.

He finally found a new clue in the memorial book Victims of the Persecution of Jews under the National Socialist Tyranny in Germany 1933–1945, put out by the German Federal Archives. There it says that Sprinza Alter from Danzig, born May 1, 1883, was deported from Hamburg to a subcamp of the Riga Ghetto on December 6, 1941.

It was this information that led Shmuel and his son Doron to the ITS in February 2019. He had been told that here he would find the original files on which the entry in the memorial book was based. His grandmother’s name, however, is not on the transport list of the deportation that left Hamburg for Riga on December 6, 1941. For Shmuel it was yet another disappointment. “Now I have three versions of what might have happened to my grandmother. And maybe none of them are right.”

Kerstin Hofmann, a member of the ITS staff, continued searching and found another clue. During a stopover of the deportation train in Danzig on December 7, 27 additional Jewish men and women had to go on board. Finally, a list of names with the heading “Resettled on December 7, 1941”, drawn up by the Danzig synagogue administration, turned up in the Federal Archives. Sprinza Alter’s name is on the list. Now Shmuel finally has reliable evidence of his grandmother’s fate. There is still no trace of five other members of the family.