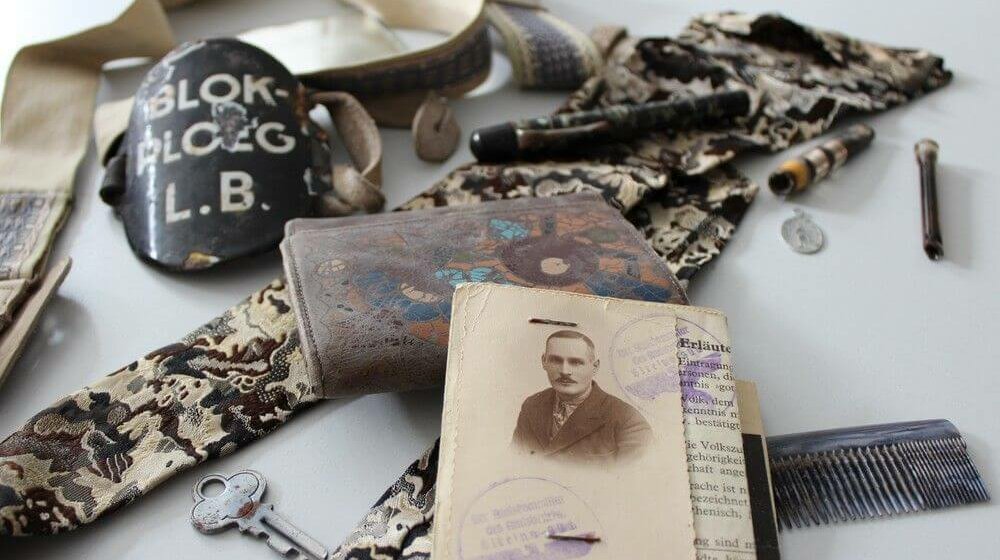 Miroslaw Wozniewicz is the son of a survivor of the Neuengamme concentration camp. He and his family recently received a visit from Malgorzata Przybyla, an International Tracing Service (ITS) employee, at their home in Jeziora Wielkie near Bydgoszcz. Przybyla had something to return to them: personal items once belonging to Stanislaw Wozniewicz and kept in storage in the camp. The Polish TV station TVN filmed the encounter.

“I am very happy about the fact that all Poland is learning about my father, because he was a very special person,” says Miroslaw Wozniewicz. He carefully picks up his father’s belongings one by one: a comb, a tie, a wallet, papers—the objects Stanislaw Wozniewicz had with him when he was taken into custody on August 8, 1944. “I suspect he was arrested for being a Polish patriot. He had already participated in the 1918–19 uprising against the Germans as a young man.”

Stanislaw Wozniewicz was first imprisoned in Inowroclaw (Hohensalza) before the Nazis deported him to the Neuengamme concentration camp on January 20, 1945 and registered him there under prisoner number 70508. Forty-four years old at the time, he survived the war and returned to his family in Poland. He rarely talked about the war era.

The ITS is making intensive efforts to return the personal belongings of former concentration camp prisoners. At least 650 effects of Polish inmates are still in the archive. “I was very surprised to get a phone call from the ITS. I have the feeling my father steered this from heaven,” says Miroslaw Wozniewicz. “His personal belongings are of immense value to my family. We’re going to talk about how best to preserve them. They should have a special place.”