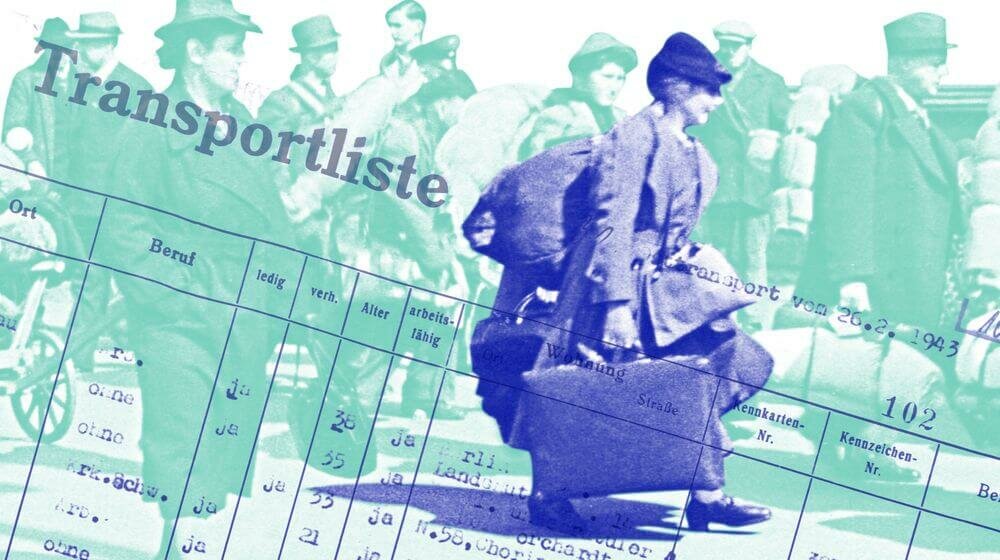 During the Nazi era, about three million Jews, half of the victims of the Holocaust, were deported from the German Reich, the occupied territories, and the countries allied with Germany and sent to ghettos, camps, and extermination centers. The police and the SS also deported tens of thousands of Sintize and Sinti, Romnja and Roma, mainly to the Auschwitz concentration and extermination camp, where most of them were murdered. Deportations were a central pillar of the National Socialist policy of persecution and extermination. As well as focusing on the various sources, their knowledge potential, and (digital) methods of cataloging and indexing, the conference also addresses new (systematizing and comparative) research questions and approaches.

The conference will take place as a Zoom video conference (https://zoom.us). All dial-in data will be provided for registered participants in advance of the event.

The working language of the conference is English; papers will be presented in English and German with a translation from German into English and English into German. Participants can choose their language channel on Zoom. Discussions will be translated simultaneously, except parallel panels marked as »[discussion in English only]«.

To the Conference Page
Registration
Support us