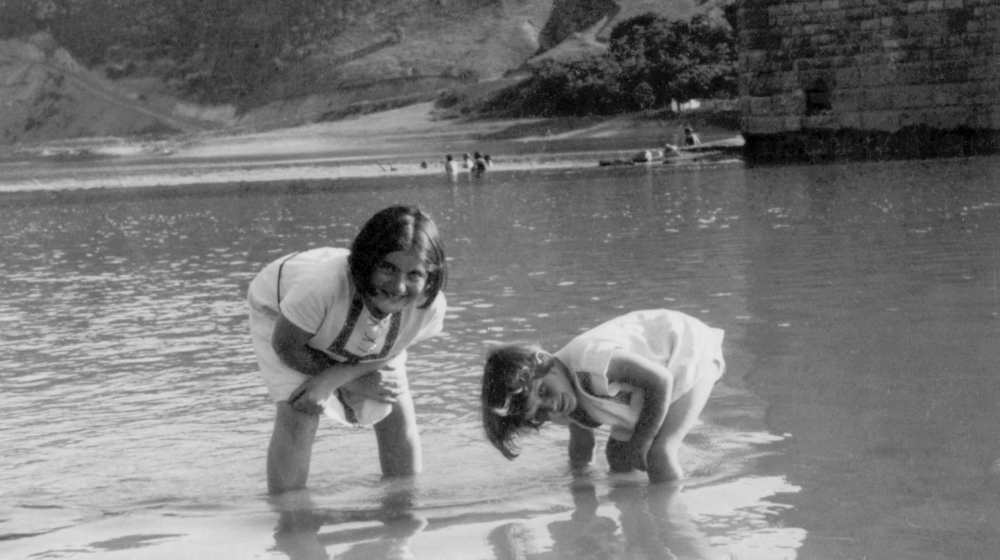 At this live event on Yom HaShoah, Israel’s Holocaust and Heroism Remembrance Day, we want to talk with survivor Elizabeth Bellak about her and her sister Renia’s book, Renia’s Diary – A Holocaust Journal, a New York Times bestseller.

Renia Spiegel was born in 1924 to a Jewish family living in southeastern Poland. At the start of 1939 Renia began a diary. “I just want a friend. I want somebody to talk to about my everyday worries and joys. Somebody who would feel what I feel, who would believe me, who would never reveal my secrets. A human being can never be such a friend and that’s why I have decided to look for a confidant in the form of a diary.”

And so begins an extraordinary document of an adolescent girl’s hopes and dreams. By the fall of 1939, Renia and her younger sister Elizabeth (née Ariana) were staying with their grandparents in Przemysl, a city in the south, just as the German and Soviet armies invaded Poland. Cut off from their mother, who was in Warsaw, Renia and her family were plunged into war. Like Anne Frank, Renia’s diary became a record of her daily life as the Nazis spread throughout Europe. Renia writes of her mundane school life, her daily drama with best friends, falling in love with her boyfriend Zygmund, as well as the agony of missing her mother, separated by bombs and invading armies.

Renia had aspirations to be a writer, and the diary is filled with her poignant and thoughtful poetry. When she is forced into the city’s ghetto with the other Jews, Zygmund is able to smuggle her out to hide with his parents, taking Renia out of the ghetto, but not, ultimately, to safety.

The diary ends in July 1942, completed by Zygmund, after Renia is murdered by the Gestapo. Renia’s Diary has been translated from the original Polish, and includes a preface, afterword, and notes by her surviving sister, Elizabeth Bellak, who emigrated to the US.

At this event, Elizabeth, together with her daughter Alexandra, will present this extraordinary historical document of sister and aunt Renia Spiegel.

Join this event on Tuesday, April 28, 7-8 pm, to find out more about Renia’s brief life and how her sister Elizabeth is keeping her memory alive.

Register for free
Support us