First #StolenMemory exhibition to be held in Spain 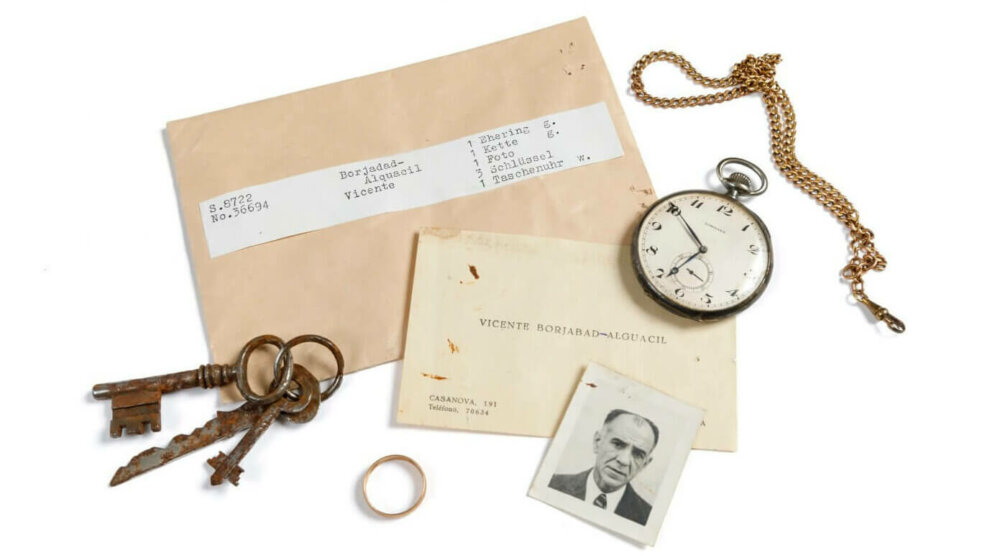 On June 25, Catalonia’s Minister of Justice Ester Capella opens the first #StolenMemory exhibition in Spain in the gardens of the Palau Robert in Barcelona. The 15 posters created in collaboration with the Memorial Democràtic focus particularly on the fates of Catalan and Spanish victims of Nazi persecution who were deported to German concentration camps by the National Socialists. They were stripped of their personal belongings when they entered the camps. Some of these personal effects are still being stored in the Arolsen Archives until they can be returned to the families of their rightful owners.

The aim of the exhibition, organised by the Arolsen Archives, Memorial Democràtic and Rovira i Virgili University in cooperation with Palau Robert, the Exile Memorial Museum and Amical de Ravensbrück, is to draw special attention to Spanish victims of Nazi persecution and to find their families.