#StolenMemory at the European Parliament in Brussels 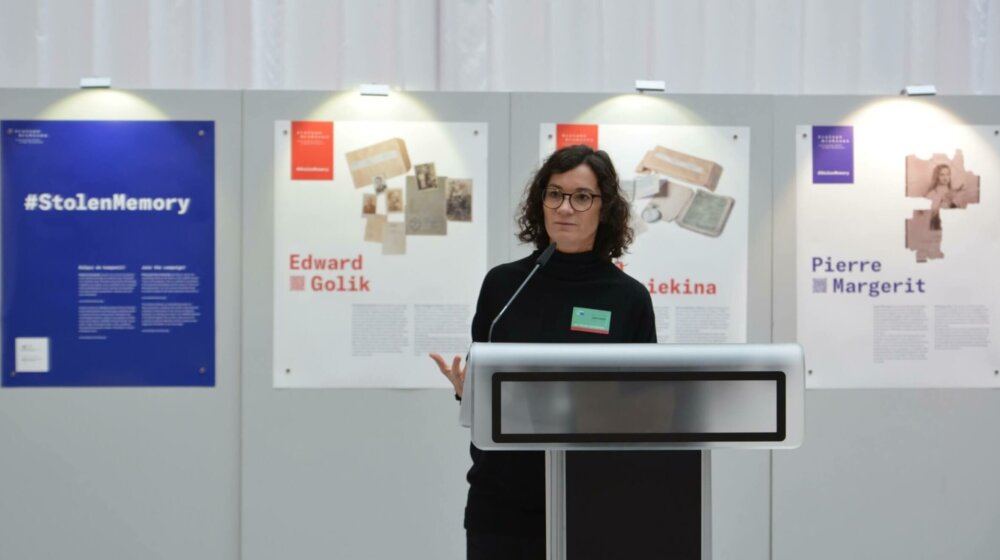 75th anniversary of the liberation of Auschwitz

Our #StolenMemory poster exhibition was on show at the European Parliament in Brussels from 27 – 31 January 2020 to mark the 75th anniversary of the liberation of Auschwitz and International Holocaust Remembrance Day. The exhibition portrays the fates of persecutees from various European countries. Some of the #StolenMemory posters in Brussels focus on people who were deported to the Auschwitz concentration camp by the National Socialists on the first transport that went there.

“This year we are celebrating the 75th anniversary of the liberation of Auschwitz,” explained Prof. Zdzisław Krasnodębski at the opening of the #StolenMemory exhibition at the European Parliament. “#StolenMemory is an exhibition that we have prepared in partnership with the Arolsen Archives. The archives contain documents on concentration camp prisoners, forced laborers, and people who were in Germany as a consequence of the war.

They also hold a collection of nearly 3000 personal effects that belonged to concentration camp prisoners. Thanks to the Arolsen Archives, many Polish families have learned the details of the tragic fates suffered by their relatives during the war and have often been able to recover their last remaining traces.”