A Handful of Soil from Her Father’s Grave 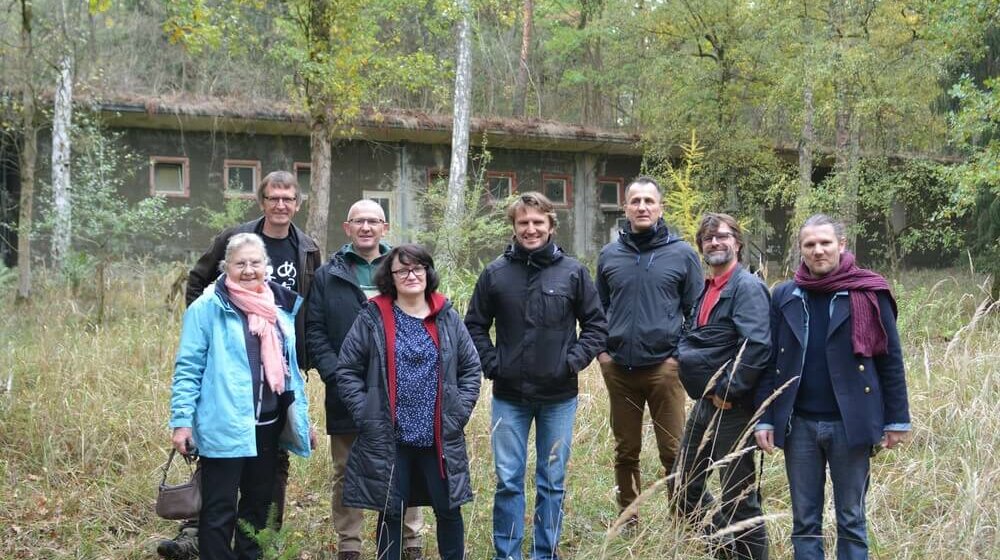 Janine Marciniak was three years old when the Nazis arrested her father Stefan Tarapacki. He never came home again. For years, Janine’s mother looked for her husband in vain. “My youngest son Tony was the driving force that kept me looking for his grandfather’s grave,” Janine told us. “I had put all that behind me. My mother died when I was twelve.”

Several years ago, the family thought they had reached their goal. They had come across information that Stefan Tarapacki might be buried in Liebenau in the Czech Republic. They travelled there and looked for the burial site, but found no trace of it. Janine didn’t learn the reason, however, until she required with the ITS in 2006. The documents in the archive revealed that her father really had died in Liebenau on December 30, 1942. However, it was the Liebenau “work education camp” (Arbeitserziehungslager) in Lower Saxony, Germany. The ITS records also show that the thirty-three-year-old had survived the tortures of the camp for only a few days after his arrival there.

Now the family knew his fate, but they would have no peace until they had found his grave. Stefan’s grandson Tony contacted the ITS again, now asking the tracing department for help finding the gravesite. ITS staff member Nathalie Letierce-Liebig carried out research for the family and found out that Stefan Tarapacki had been buried in the Hesterberg Cemetery—the former factory cemetery of the Liebenau gunpowder factory.

Once again, Janine—meanwhile seventy-nine—set out on a journey to visit her father’s grave. This time, though, she knew it would not be in vain. Six of her eight children gathered from all parts of France and accompanied her. Nathalie Letierce-Liebig also travelled to Liebenau to translate for the family and give them copies of the ITS documents pertaining to Stefan Tarapacki. Before the archive opened in 2007, people inquiring about relatives who had been victims of persecution received merely an evaluation with information about the persecution history, but no copies of records.

Janine and her children visited the Liebenau Gunpowder Factory Documentation Center. They brought pictures of Stefan with them, which proved to be highly significant for Martin Guse, the center’s executive director: “This is the first time we’ve ever seen a picture of an inmate who died in the AEL Liebenau. His name is in our card file. Now, finally, we can give him a face.” During a guided tour of the grounds—the gunpowder factory was one of the Nazi regime’s largest armaments operations between 1941 and 1945—Guse related more about the fates of the some 6,000 “work education camp” inmates: “The internment didn’t last longer than about three weeks. Within that short period, every inmate’s will was to be broken.” At least 250 persons perished there.

For the family, the visit to the cemetery after the tour was a very emotional experience, even if there were no individual graves. “He lies buried here somewhere. Maybe we’re standing on his last remains right now,” Janine said, her eyes filling with tears. She collected a bit of soil. “This way, I can take a bit of him home with me.” To make him stand out from the mass of anonymous dead, the family plans to plant a tree when they next visit the cemetery: “One that stands out from the others. For example a maple with red leaves, so people know Stefan is here.”