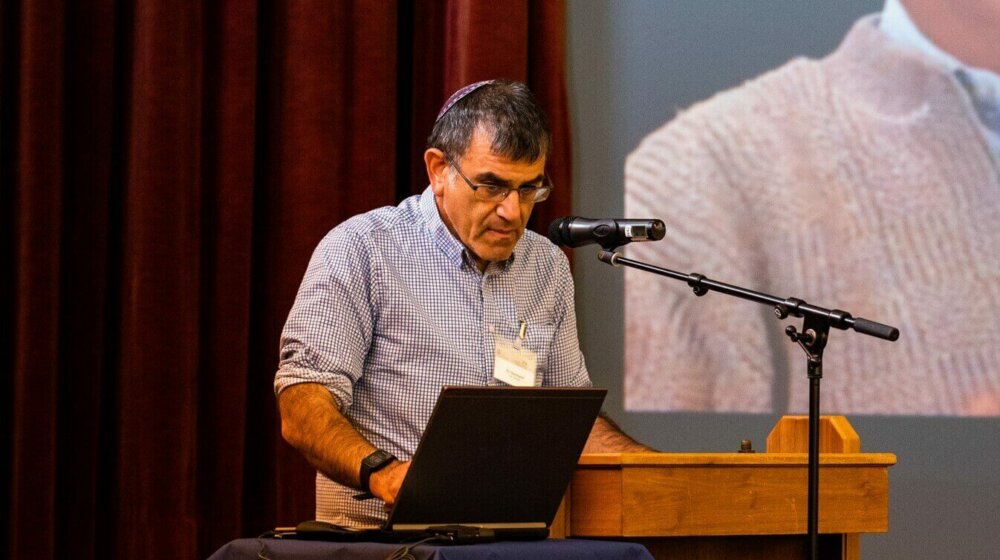 Zvi Bernhardt, Deputy Director of the Hall of Names and Deputy Director of Reference and Information Services at Yad Vashem – The World Holocaust Remembrance Center, died on the night of April 30, 2020. We mourn the loss of a dear friend who has provided us with invaluable support as we have worked to modernize our institution.

With Zvi Bernhardt’s death, we have lost a very good friend of the Arolsen Archives. He was already involved with the “International Tracing Service” in the period before the archive opened up in the autumn of 2007. Later, a very close relationship developed as he looked after the users who worked with the copy of the Arolsen Archives database in Yad Vashem. “Zvi was really pleased to see the archive open up and his feedback was always honest and to the point as well as kind”, observes Floriane Azoulay, Director of the Arolsen Archives. “He was a great professional with a real passion for our mission – a generous colleague with a fine sense of humor.” Giora Zwilling, Deputy Head of Archives used to work at Yad Vashem himself. He often came into contact with Zvi Bernhardt, especially when they were working together to put the collections of the Arolsen Archives online. “I have a clear memory of how critical he was towards the Arolsen Archives when I spoke enthusiastically of a visit I made there in 2010. But as the years passed, he became more and more of a fan – and importantly, one who could be relied upon to provide honest criticism.”

Zvi Bernhardt was a frequent guest in Bad Arolsen. In October 2018, he also took part in the conference on “Tracing and Documenting Victims of Nazi Persecution: History of the International Tracing Service (ITS) in Context.” When the conference proceedings are published in a few weeks time, they will include his paper. We are saddened by his death and by the knowledge that he will not be alive to see this publication.