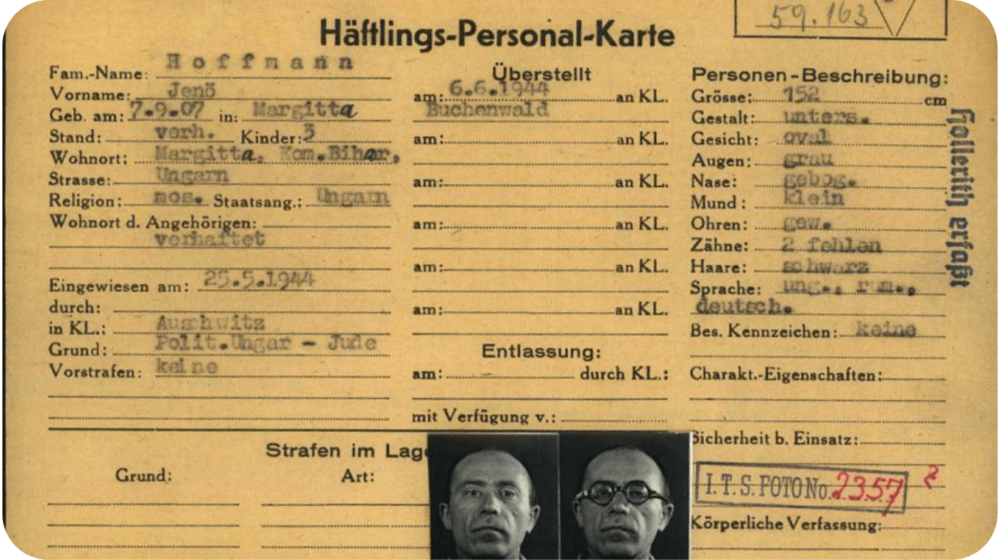 Staff of the Auschwitz-Birkenau State Museum have spent two years working on reconstructing the identities of some of the prisoners held in Auschwitz. To help them gather more information, the team of researchers were given direct access to the entire database of the Arolsen Archives. All in all, they found around 90,000 documents on Auschwitz prisoners.

How can you reconstruct someone’s identity if you have nothing to go on? The Auschwitz Memorial had no information on a large number of prisoners. People held in Auschwitz were often transported to other German Nazi camps and only registered when they got there. Using the database of the Arolsen Archives, staff of the Museum were able to find information on many of these prisoners and their paths of persecution. They managed to find 90,000 documents on people who had been in Auschwitz but had never been registered there.

Lists from other concentration camps, especially from Buchenwald, were the focus of the researchers’ attention as there are only a few documents from Auschwitz in the holdings of the Arolsen Archives. Often, people who were held in Auschwitz were transferred to other camps and registered there.

The new information comes from lists of forced laborers, nominal rolls, transport lists, and death lists. Forty-five percent of the data has already been entered into digital catalogs. “Currently, the entire collection consists of more than 167,000 documents concerning about 30,000 men and women,” reports Dr Wojciech Płosa, Head of the Auschwitz Museum Archives.

The documents from the Arolsen Archives made it possible to reconstruct the identities of Poles, Sinti and Roma, Soviet prisoners of war, and French political prisoners, as well as Jews who were deported from the so-called Litzmnannstadt and Theresienstadt ghettos.

“Also of great importance are the documents relating to Hungarian Jews deported to the camp in the spring and summer of 1944, since many of them were not registered in Auschwitz but were transferred to other locations. Thanks to documents from other camps, we can reconstruct their fates as well as those of entire communities,” explains Ewa Bazan, who heads the project.

Exchange of information in both directions

The Arolsen Archives have also benefited from the cooperation between the two institutions which has expanded their collection in several ways. Some documents that were only available as poor copies, the photos of Auschwitz prisoners, for example, have now been replaced by very good quality scans. New additions to the holdings include copies of books listing prisoner numbers that can now be used as an additional resource to help answer inquiries. “We are very pleased about this successful cooperation and the mutual exchange of information. We really are very grateful,” comments Giora Zwilling, Deputy Head of Archives at the Arolsen Archives.