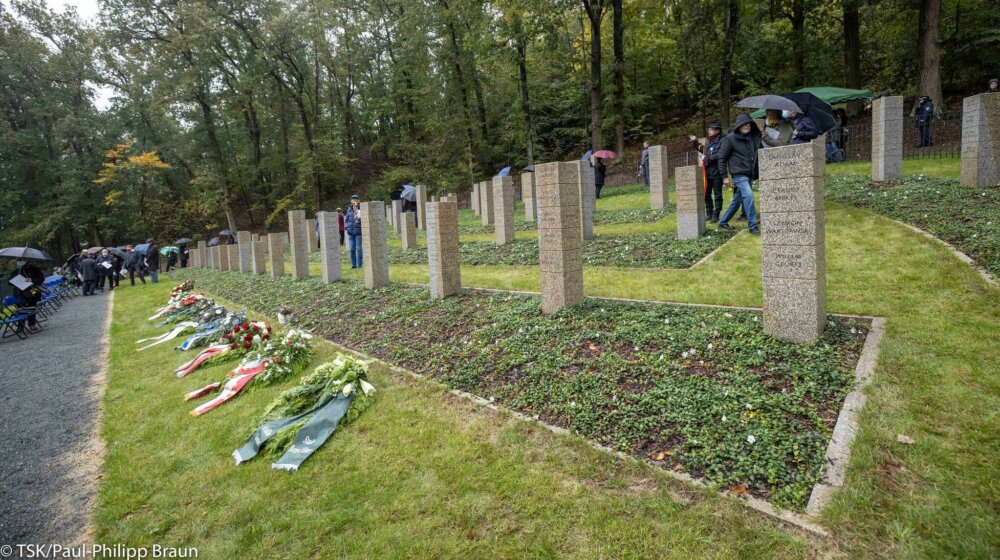 On October 15, 2020, over 75 years after the end of the war, Alexander Nachama, Rabbi of the Erfurt Jewish Community, consecrated the graves of 315 inmates of the Berga/Elster sub-camp of Buchenwald concentration camp. They died between November 1944 and April 1945 as a result of forced labor, maltreatment, hunger, and a lack of basic care. The Arolsen Archives managed to trace some of the relatives of the victims of Nazi persecution who lie buried in Berga.

In November 1944, the National Socialists set up the “Schwalbe V” sub-camp of Buchenwald concentration camp in the town of Berga/Elster. Their aim was to secure the fuel supply badly needed by Hitler’s Germany to wage the world war that was becoming increasingly hopeless for them. The plan was for about 3,400 prisoners to work as forced laborers digging tunnels under the Zickra mountain for the construction of a hidden fuel factory. By April 1945, 315 of them had died. They were hastily buried in small mass graves on the Baderberg.

A former prisoner made a map of the graves

After the war, former French prisoner Henri Pareau drew a map showing the exact location of his comrades’ graves. Pareau had been assigned to the burial detail in Berga. He also included the names of the dead on the plan he drew up. The map remained unused for a long time, until a georadar survey of the area was carried out two years ago in response to pressure from local historian Christine Schmidt. The survey confirmed the information on Pareau’s map: the deceased prisoners had been buried in graves holding three to five people each..”

A gravestone for every one of the 315 concentration camp prisoners

The local authorities decided to transform the run-down, neglected area at the edge of the forest into a dignified burial place for the 315 concentration camp prisoners. In a ceremony that was attended by Thuringia’s state premier Bodo Ramelow and the Israeli Ambassador Jeremy Issacharoff on October 15, 2020, Alexander Nachama, Rabbi of the Jewish Community of Erfurt, consecrated the newly laid out cemetery financed by the German government.

Simple stone slabs with the names of the victims now mark the 75 graves. Most of those buried on this site were Jews, many of them from Hungary, but some of them were from Germany, Belgium, the former Soviet Union, Poland, France, Italy, Austria, the Netherlands, Yugoslavia, Slovakia, and Romania.

Some families still have no idea where their relatives are buried

Staff of the Arolsen Archives helped search for the relatives of the dead and managed to trace some of the families. The victims had been deported by the Nazis and most of the families had not known where their relatives were buried. Unfortunately, due to the coronavirus crisis, only a few of the relatives who were invited were able to attend the dedication ceremony in Berga. However, some sent moving words of greeting, which were read out at the ceremony.

However, the search for victims’ families is not over yet. Nathalie Letierce-Liebig, coordinator of the Tracing department at the Arolsen Archives, has a special wish that is very close to her heart: “I hope we will be able to find relatives of Henri Pareau one day too. It is thanks to the drawing he made that his fellow prisoners now have a worthy memorial.” 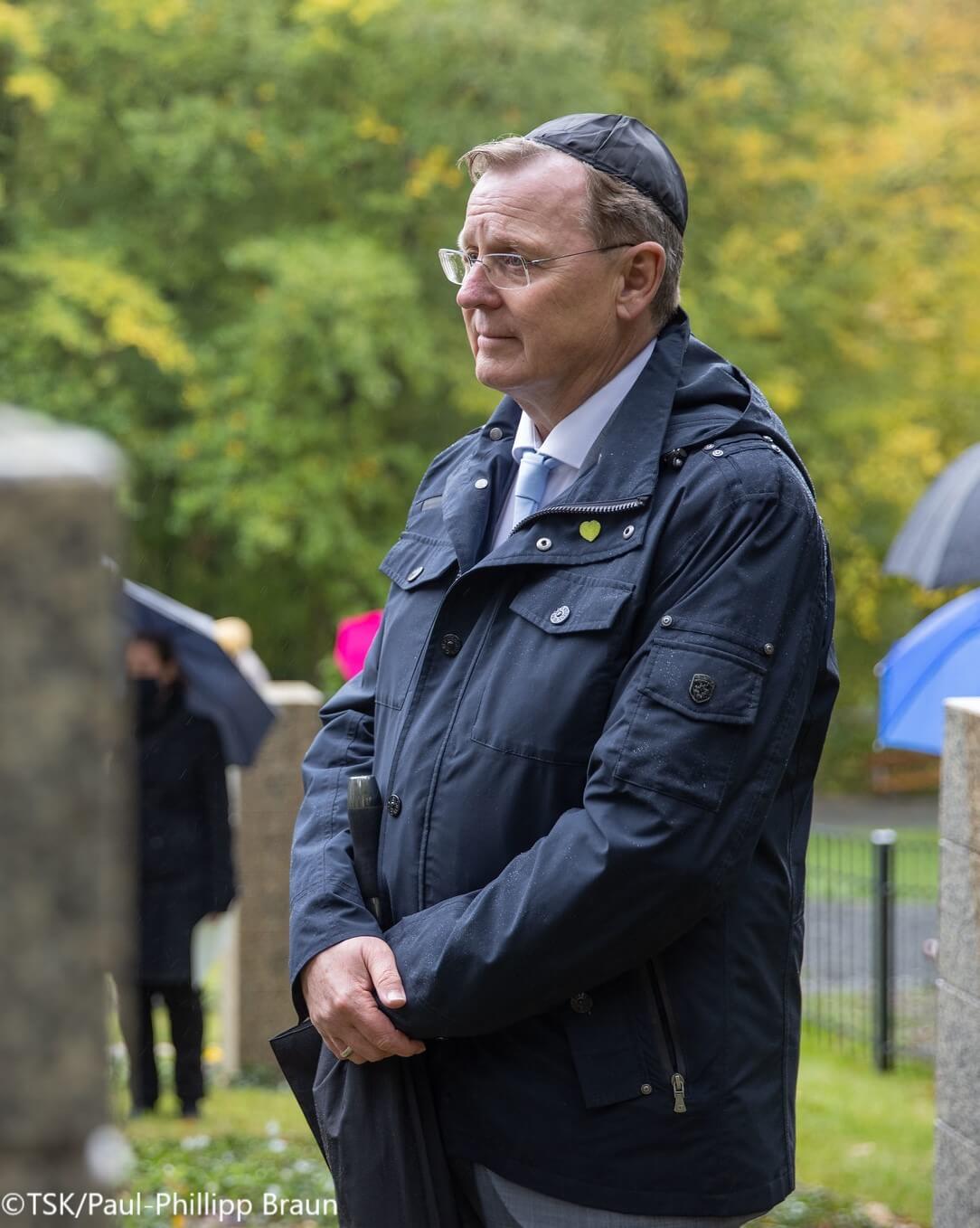 Today is a special day, a day that sees us facing up to our responsibilities. A day on which we make it clear that we intend to give the people who were unceremoniously buried here a worthy memorial. We owe it to them. And we owe it to ourselves. As Germans, as Europeans, as human beings. ‘Never again’ really does mean NEVER AGAIN!

Bodo Ramelow, Premier of the State of Thuringia