Carl Von Ossietzky: Unwavering in the Fight for Peace and Democracy 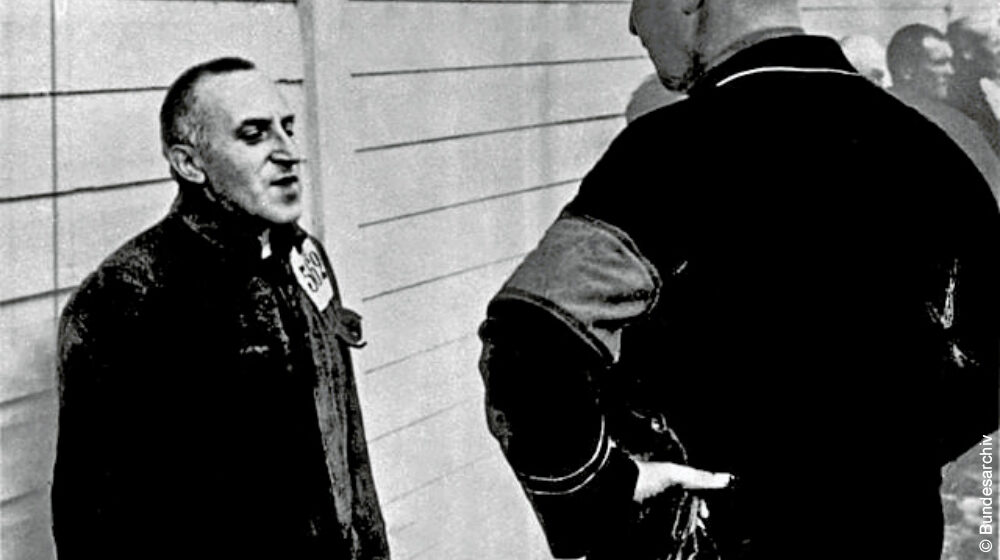 Carl von Ossietzky served on the Western Front in World War I from 1916 to 1918 and was involved in various military campaigns, including the Battle of Verdun. He returned from the war an ardent pacifist to work as a journalist, authoring articles in which he spoke out against the romanticizing of war and its continuation. He worked tirelessly for peace and democracy from that point on.

In 1922, Carl von Ossietzky begins writing for the weekly magazine “Die Weltbühne.” Later, he even becomes editor-in-chief of the pacifist periodical and works alongside Kurt Tucholsky. He openly criticizes the dangers of National Socialism and is taken to court on a number of occasions. Charges are brought against him in connection with the sentence “Soldiers are murderers,” for example, but he is acquitted.

At the end of 1931, having written an article exposing the clandestine rearmament of the Reichswehr which was in violation of Germany’s treaty obligations, he is sentenced to 18 months in prison for betraying military secrets.

»Amid cheers, I passed through the prison gate. This day that could have become the saddest day of my life has actually become my proudest.«

Carl von Ossietzky, in a letter to his wife

Carl von Ossietzky is baldy mistreated during his imprisonment. After visiting him in 1935, a Swiss diplomat described him as a “a trembling, deadly pale something, a creature that appeared to be without feeling, one eye swollen, his teeth seemed to have been knocked out.”

Meanwhile, his supporters are campaigning for the journalist to be awarded the Nobel Peace Prize. Albert Einstein and Thomas Mann are among those who call for him to be given this honor. In 1936, the campaign finally meets with success, and he accepts the prize against the will of the Nazi regime. A few days before the award ceremony in Norway (he is not allowed to travel there), severely weakened and infected with pulmonary tuberculosis, he is officially released and transferred to a hospital.

On May 4, 1938, still under police supervision, Carl von Ossietzky dies as a result of his illness and the severe mistreatment he had suffered.