German Citizenship for descendants of victims of Nazi persecution 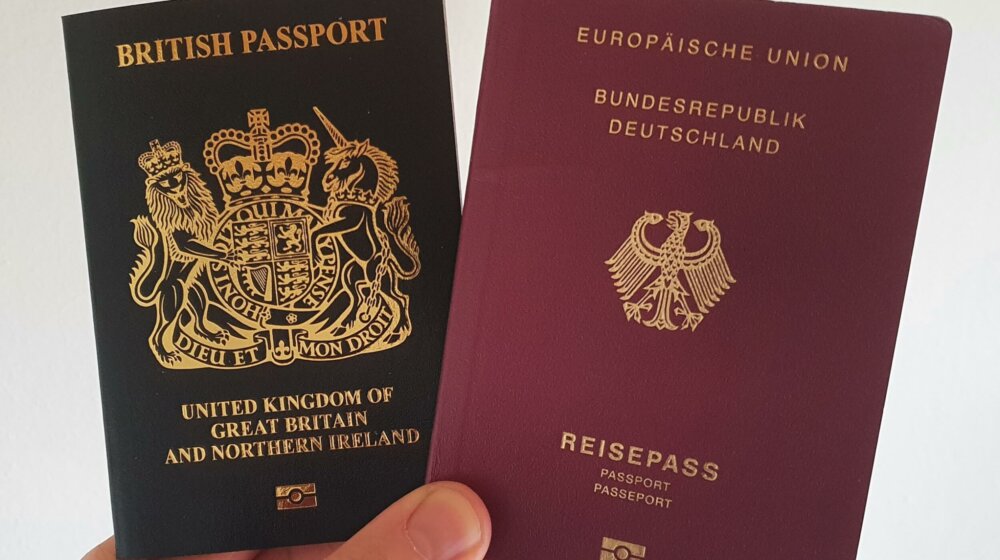 In June 2021, the Bundestag adopted a far-reaching amendment to the immigration law: Many descendants of victims of Nazi persecution now have a legal claim to German citizenship for the first time. The British-German historian Dr. Nicholas Courtman is himself among those affected and advised the Bundestag as an expert. He explained to us what the law means to him, who can apply for citizenship, and how evidence can be provided. The documents in the Arolsen Archives can also help here.

“These new naturalization regulations could affect hundreds of thousands of people. Even if only a small number of them exercise their right because they have no links to Germany, it is an important symbolic act of reparation,” says Nicholas Courtman. The 30-year-old specialist in German studies and historian was born in England. He has spent the last 12 years living and working between there and Berlin and conducts research into migration and citizenship. His Jewish grandmother was German and fled from the Nazi regime to England.

In September 1939, the grandmother’s German citizenship was revoked as a result of the “Law on the Revocation of Naturalizations and the Deprivation of German Citizenship” of July 14, 1933. Alongside the Jews who had fled, this also targeted political refugees, emigrated opponents engaged in the cultural sector, and the “Ostjuden” (East Jews) who were naturalized before 1933. The “Eleventh Decree to the Reich Citizenship Law” of November 1941 even stipulated that emigrants were to be automatically denaturalized. This then also affected all deported Jews – a practical administrative act that allowed the Nazis to confiscate any assets that were left behind.

According to Article 116 (2) of the Basic Law for the Federal Republic of Germany, all people denaturalized in this way have, in principle, been able to regain German citizenship since 1949 if they survived persecution. This also applied to a limited extent to their descendants. However, in practice, these naturalizations were often difficult and protracted, and the regulations also did not apply to many of those who had been persecuted. The new Section 15 of the German Nationality Act now facilitates naturalization for those persecuted by the Nazis as a whole. It also covers new groups that were previously unable to apply for citizenship, including:

More about the new law (in German)
Apply: Citizenship procedure

Where to find evidence?

For naturalization, descendants must now provide evidence that their ancestors were persecuted in Germany between 1933 and 1945 or belonged to groups that were persecuted at that time. Nicholas Courtman has assisted numerous people with their naturalization and knows that it is often difficult to provide this evidence – for instance, because the Nazis specifically destroyed entries for Jewish citizens in the population registers. “Many descendants are also not proficient in German and have difficulties battling through the German archive jungle.”

5,000 new applications are expected by the German federal government each year
10,000 victims of persecution or descendants have applied for citizenship since 2017
4,000 applications have been rejected since 2017

Evidence in the Arolsen Archives

Our archive contains many documents on the persecution of political opponents, Jews, and other groups. Places of residence and citizenships are often documented in these. Our documents on the registration of liberated survivors by the Allies and the over 2.3 million correspondence files concerned with tracing and documenting the fate of individuals persecuted by the Nazis can also contain important evidence for citizenship applications.

Not everyone wants citizenship

Nicholas Courtman applied for and obtained his German citizenship back in early 2020 – following a decree by the Federal Ministry of the Interior in November 2019, which is intended to facilitate naturalization for descendants. His sister and his father now also have a German passport. His grandmother died in 2010. She would certainly have been pleased for him, says Nicholas – but she would never have submitted an application for herself: “My great-aunt recently told me that her mother and my grandmother always met on the anniversary of their denaturalization to celebrate. They did not want anything more to do with Germany.”

Research yourself: an expert explains how it works!

»It is a great mark of confidence for Germany that increasing numbers of people persecuted by the Nazis and their children or grandchildren would now like to acquire German citizenship. Germany is now responding to this with the new legal regulation.«

Josef Schuster, President of the Central Council of Jews in Germany, on the draft law