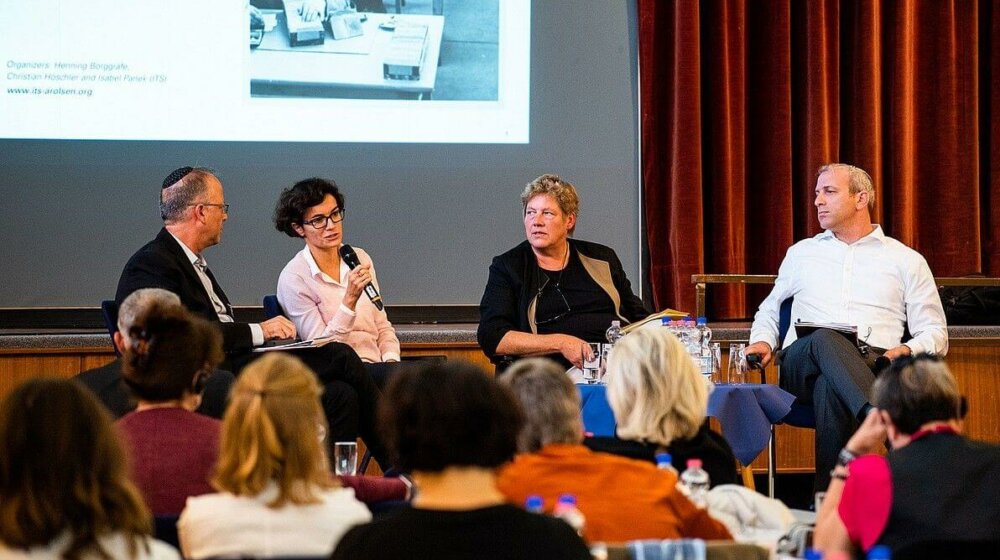 The search for missing victims of Nazi persecution was centralized in the International Tracing Service in Arolsen, Northern Hesse, in 1948. Seventy years later, experts from many countries gathered there to discuss the role of tracing services and archives and their role in the effort to come to terms with the Nazi crimes. Within the framework of the conference “Tracing and Documenting Victims of Nazi Persecution: History of the International Tracing Service (ITS) in Context,” some 120 participants from twelve countries exchanged views on October 8–9, 2018.

H-Soz-Kult, a German-language experts’ forum for historians, has now published the conference proceedings. In the detailed report, Jonas Nachtigall of the Leipzig Nazi Forced Labour Memorial summarizes the content of the individual panels and lectures and reiterates the main assertions.

The conference took an in-depth look at the history of the ITS’s development. The world’s largest archive on victims of Nazi persecution developed gradually as a byproduct of the search for missing persons and documents in the post-war period. Today it is a documentation center with a wide range of research and education offers. The participating representatives of archives and memorials also talked about shaping the future roles of archives above and beyond the mere safekeeping of documents, and about the challenges of digitization and online publication.

The conference topics also mirror the thematic core of the permanent exhibition on the history of the ITS scheduled to open this coming summer in Bad Arolsen.