Culture of remembrance at the University of Lüneburg 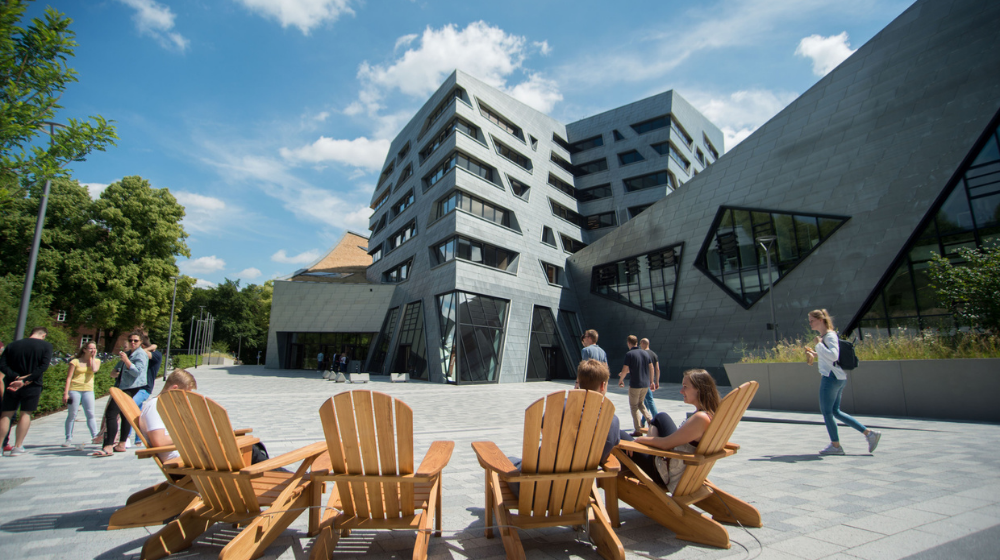 Her initiative has now become an international interactive event: We spoke to Anna Dingler (26), a student and part of the “Campus History” working group at Leuphana University of Lüneburg, about her project week and the Long Night of the Digital Memorial.

“AUFBRUCH der Campusgeschichte in eine Erinnerungskultur” (“EMERGENCE of campus history in a culture of remembrance”): This is the title under which the University of Lüneburg is holding a commemorative week from November 8 to 13. Held to mark the anniversary of the November pogroms, it is about commemorating those who were persecuted by National Socialism and about how the university handles the history of the campus (a former barracks). The Scharnhorst barracks was set up in 1936 and accommodated, among others, the 47th Infantry Regiment and parts of the 110th Infantry Division of the German Army, which were involved in a wide range of war crimes, such as in Southeast Europe and North Africa.

When planning the project week, Anna Dingler from the Campus History working group approached the Arolsen Archives, among others, and presented her idea of taking part in #everynamecounts for a whole night with other students and working together to record Nazi documents in a digital form. The “Long Night of the Digital Memorial” has now been created, inspired by this idea. On the anniversary of the November pogroms on November 9, 2021, we want to come together with students, universities, and universities of applied science to remember the victims of National Socialism and stand up for respect, diversity, and democracy.

Dear Anna, can you explain how you came up with the idea of holding the project week relating to the anniversary of the November pogrom?

Through my cultural studies degree, I have intensively looked at the culture of remembrance, memorials, perpetration, and victimhood. I noticed that this is not present enough, especially at our uni, so fellow students and I wanted to organize the project week. I worked with the Arolsen Archives research tool for the first time during a summer school, and the head of the institution drew my attention to the fact that anyone can get involved. In conjunction with another event that we organize, the “Long Night of Put-Off Assignments,” during which we finish assignments together with students, we then came up with the idea of planning a similar event. Although naturally in a completely different way thematically. 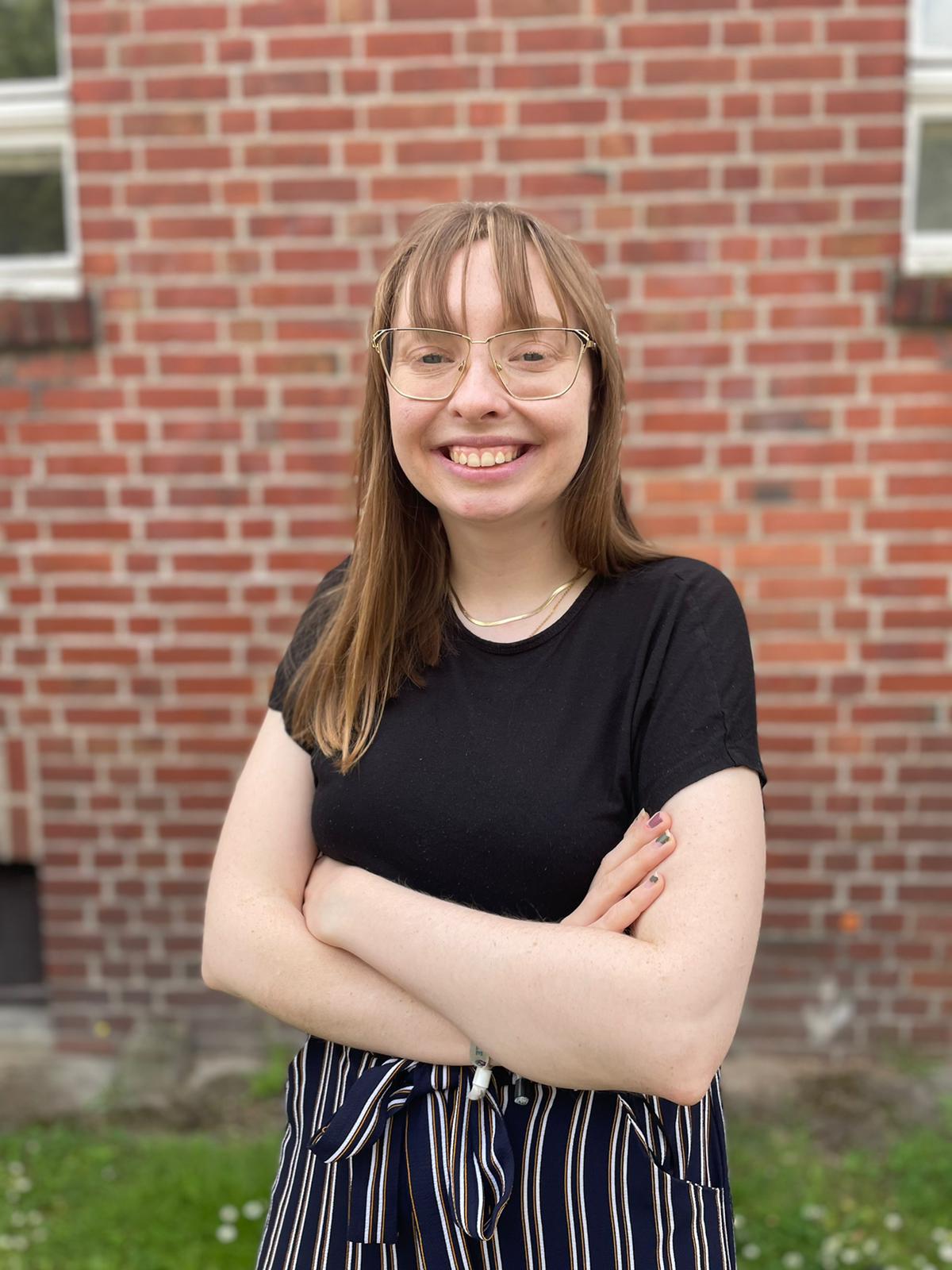 »Here on campus we have the chance to create a culture of remembrance.«

Your university has quite a special history: The campus is a former barracks that was set up in 1935 and 1936 as part of the general rearmament. Why do you personally find it important that this is remembered?

I think there needs to be a knowledge base that there are these perpetrators’ locations throughout Germany and Europe – we can do that with steles or lectures, for instance. We have a refuge here in which we can decide on the culture of remembrance ourselves. Lüneburg as a city is not open to us, but here on campus we have the chance to create a culture of remembrance. With our project week, we want to show members of our university what happened here to create greater awareness of it. Including among the employees who – unlike us students – aren’t just at the uni for three to five years.

What role does the “Long Night of the Digital Memorial” play in this?

And what does it feel like for you now: The project week arose from an idea in a small group and is now becoming a global event?

When I came up with it, I was only thinking on a small scale, of course. So I’m naturally delighted that there’s such great idea behind it from you. That it’s also being carried forward, because there’s still a lot of work to do to digitalize all of the documents. I think it’s a great idea that relatives of the victims can research their families and find out a bit more about what happened to them during their lives. It just feels good that we’ve made it this far.

… also because, as you’ve already said, there was an attempt at a project week back in May 2020, which then had to be cancelled because of the coronavirus.

Yes, but it’s really great to see how we’ve further developed, especially because of this multi-perspectivity. I’ve read a lot of books on the concept that perpetration tends to be overlooked in the culture of commemoration, remembrance and the general discourse. Although most of us are descendants of perpetrators, 25 percent of Germans think that their ancestors fought in the resistance. We found that so terrible that we wanted to focus on it. But whenever there are perpetrators, there are also victims, and it’s important to shed light on both. 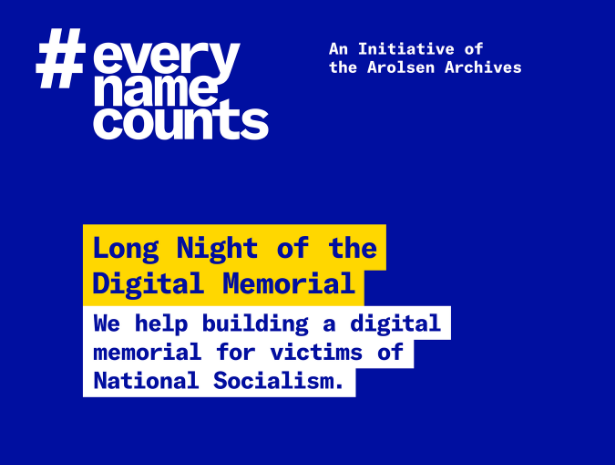 On the anniversary of the November pogrom on November 9, 2021, we want to come together with students, universities, and universities of applied science to remember the victims of National Socialism and stand up for respect, diversity, and democracy. In a Virtual Open Archive, we are indexing the documents that show a rapid increase in prisoner numbers in the Dachau concentration camp during the November pogrom. After all, alongside the devastation and destruction of synagogues, Jewish businesses, and residential buildings, the heads of the Gestapo and Security Police ordered that around 30,000 Jews be arrested.

What are you most looking forward to during the project week?

Hard to say. I’m looking forward to a lot of things, such as the workshop with Oliver von Wrochem, with whom we are researching perpetration online in the Federal Archives. And then the contrast point with the “Long Night of the Digital Memorial.” I’m delighted about this “balance,” this multi-perspectivity.

And what do you ideally imagine your “Long Night of the Digital Memorial” to be like?

First of all, of course, that lots of people come. It would obviously be wonderful if they don’t just quickly type the data into the computer and then leave, but ideally stay for several hours and really make the “Long Night” a long night. And talk to each other. We are also offering a bit of a program on the side, catering, short films, and so on. I would be delighted if people made use of that.

Get involved and set up your own “Long Night of the Digital Memorial,” we’ll be happy to help you organize it. It allows your students to reflect on what happened on November 9 and also gives the victims back their names!

On the anniversary of the November pogrom, we want to come together with students, universities, and universities of applied science to remember the victims of National Socialism and stand up for respect, diversity, and democracy. Please join in and register now!