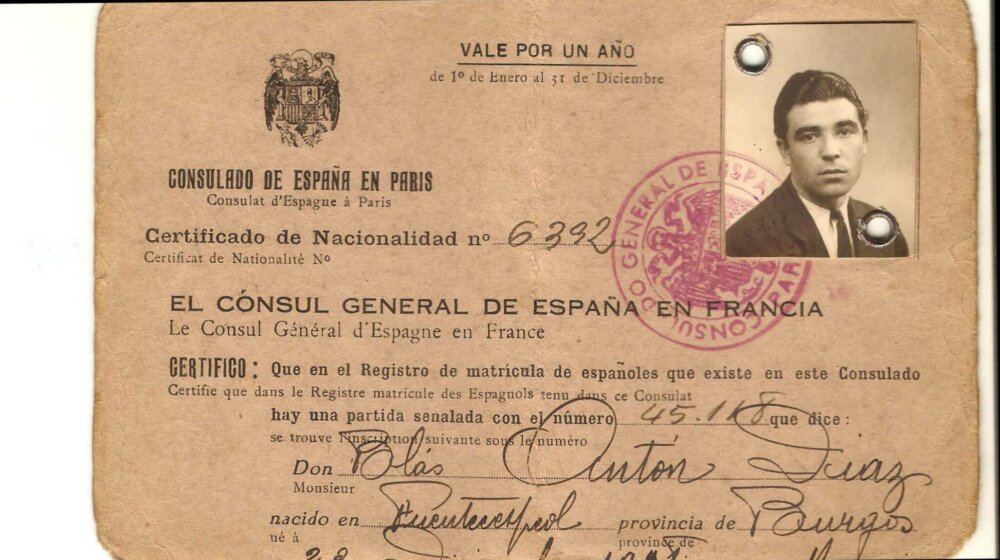 Sisters Rosa and Pilar Antón Belle had quite a surprise when they received a telephone call from Antonio Muñoz Sánchez. The historian at the University of Rovira i Virgili in Tarragona assists the Arolsen Archives in a voluntary capacity by searching for the relatives of former Spanish concentration camp prisoners. His work helps to ensure that the personal belongings of victims of Nazi persecution that are stored in the archive in Bad Arolsen are handed back to the victims’ families. During the course of his research, he also found the sisters Rosa and Pilar.

Rosa and Pilar’s father, Blas Antón Díaz, was a prisoner in the Neuengamme concentration camp. The watch and the ring that the Nazis took away from him when he was imprisoned were stored in the Arolsen Archives. Up until the telephone call, the two sisters had known little about their father’s past. He told his family that he had been drafted into military service at the age of 18 and that he had been involved in a number of military operations in 1938, including one of the most famous and bloody battles of the Spanish Civil War, the Battle of the Ebro, where he was wounded.

By his own account, he only returned home for a short time after the end of the civil war. He also told his wife and daughters that he had later served in the Blue Division in the Soviet Union during the Second World War, that he had lived in Paris for some time, and that he had been held in a camp. But he never went into any detail about which camp it was. And he also told them about how he had won a tango competition while he was in Paris. He never told his family any more than that.

The sisters Rosa and Pilar lost their father at a young age. The eldest, Pilar, was only 10 years old when Blas Antón Díaz died in 1964. She remembers her father as an extrovert with a strong personality. Everybody knew him, and he was very well liked. But since the telephone call from Antonio Muñoz Sánchez, nothing is quite the same as it was. Their father is now a real mystery to his two daughters, both of whom were born in Barcelona. Since that phone call, the sisters have been busy reconstructing their father’s life story. In January 2020, the Arolsen Archives sent them a ring and a watch that had belonged to their father. This provided the answer to one of the sisters’ many questions at least: now they know that their father was imprisoned in the Neuengamme concentration camp near Hamburg. “This has helped me get to know my father a little better,” says Pilar, Blas Antón Díaz’s eldest daughter.