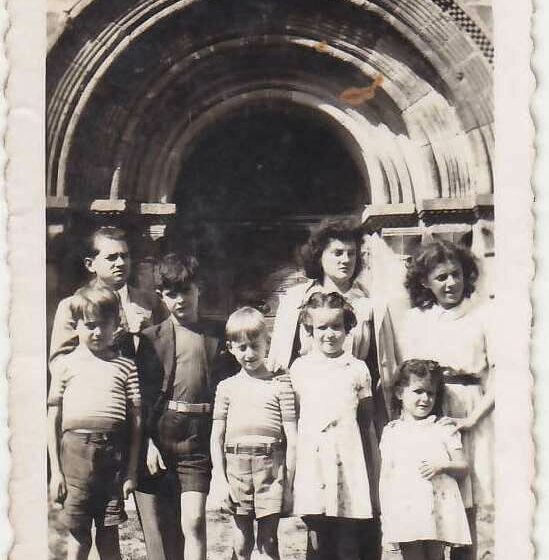 Following a raid in the summer of 1944, the German security police deported Pierre Joseph Marie Louis Margerit first to the Compiègne prison and then to the Neuengamme concentration camp. There the notary was assigned to forced labor in the construction of submarine pens. He died in the Sandbostel camp in 1945, shortly before the war ended.

At first, Madeleine Margerit didn’t know where they had taken her husband. The SS had begun randomly arresting men from the Murat and Aurillac region in the Departement Cantal. This operation was carried out in retaliation for a fatal attack the French Resistance had made on a high-ranking SS officer. Almost anyone could be arrested. Margerit and 1,527 other Frenchman were put on a transport to Neuengamme. His children only learned about his fate after the war was over. An office in Germany sent the murdered man’s personal belongings to his family. Unfortunately, some objects were missing, and there were items belonging to someone else.

His wallet made its way into the ITS archive, but without any clues to his identity. It was only by way of his Compiègne inmate number that his name could be determined in the defense ministry archive in Caen. The ITS had therefore contacted the archive. The Neuengamme inmates’ association helped with the search and contacted Pierre Margerit’s son, to whom the ITS sent the wallet in November 2017. The family never suspected that the ITS had Pierre’s missing possessions as well as records documenting the ordeal he had suffered.