Deported as a “night-and-fog” inmate 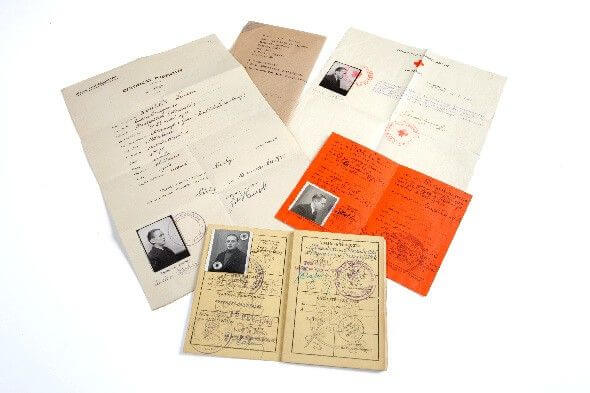 “A lot of emotions come up when I hold these documents in my hands,” Lucien Bohler’s daughter wrote in a letter of thanks to us after she received his belongings in July 2018. A native of Luxembourg, by 1941 Lucien was living as a partisan in the south of France.

He worked as a farmhand near Perpignan until the Nazis deported him in April 1944 as a “night-and-fog” inmate. The term refers to a decree that allowed the German troops to abduct opponents to the Nazi regime, many of whom were then executed. Until January 1945, the SS transferred him from one camp to the next altogether seven times. The last was a subcamp of the Neuengamme concentration camp. Lucien survived and returned to Luxembourg after the war.