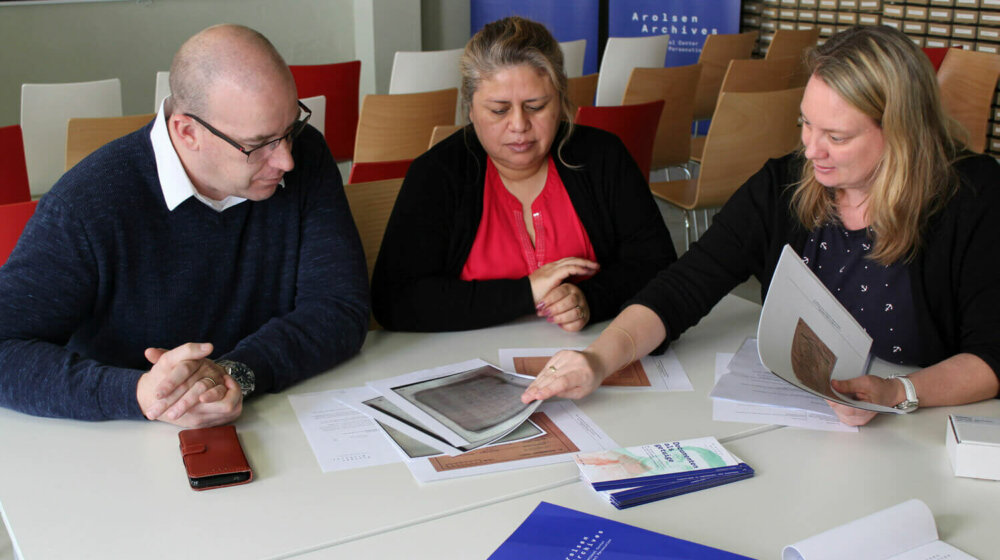 Dutchman George Jennissen survived three Nazi concentration camps and the Sandbostel “receiving camp.” But his family knew very little about his path persecution.  Until they came to Bad Arolsen. Here they were able to receive the personal belongings of their relative and – even before the restrictions imposed by the coronavirus pandemic – take them home.

“His signature looks a lot like my father’s.” In his hands, George Jennissen’s great-nephew holds the envelope that contained his uncle’s personal belongings for many decades. The Nazis took George Jennissen’s things away from him in June 1944, when they put him in a concentration camp. The SS were very meticulous about organizing the envelopes. The Dutchman had to sign his to confirm that he had handed in his fountain pen, propelling pencil, rosary, and pocket watch.

For many years, they had hardly known anything at all about the fate of their relative. George Jennissen’s next of kin were his brother and his brother’s children. The Dutchman had no children of his own. So it was his great-nephew who visited the Arolsen Archives and sifted through the documents to reconstruct George Jennissen’s path of persecution.

The Nazis probably arrested the Dutchman because he was a member of the Resistance; they sent him to the Herzogenbusch concentration camp (Dutch name: Kamp Vught). During the Second World War, over 30,000 prisoners were held in Herzogenbusch, which was one of five German concentration camps in the Netherlands. Spells in the Sachsenhausen and Neuengamme concentration camps followed before he was sent to the Sandbostel “receiving camp” towards the end of the war. George Jennissen survived and was taken care of in a hospital run by the Royal Canadian Army Medical Corps. He died in 1966.

The traces their uncle left behind are very important to George Jennissen’s relatives, and they are determined to carry out more research into the circumstances surrounding his fate. “We are very grateful to you for everything you’ve given us. We will keep these objects safe and put them in a display cabinet. Now they are finally back where they belong.”