#everynamecounts: “I work on it spontaneously” 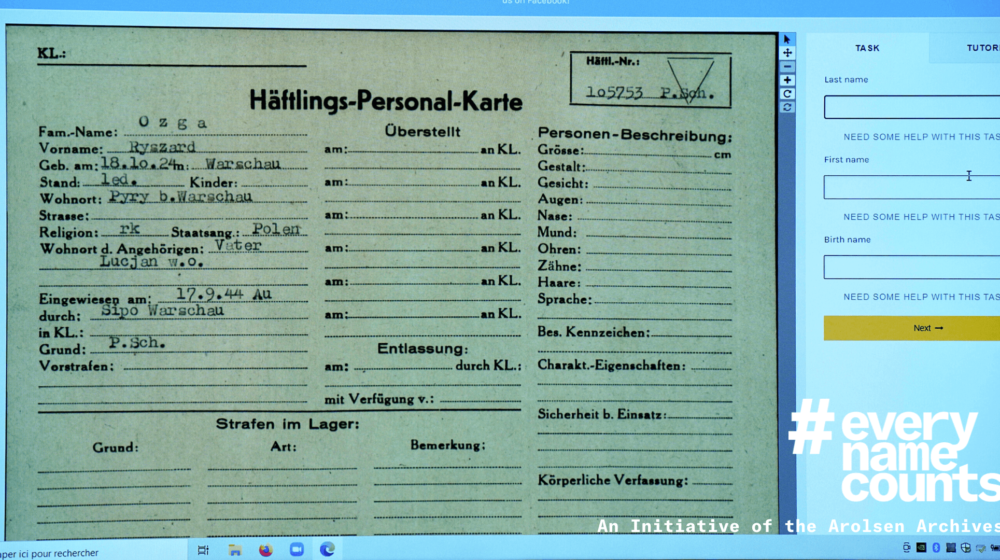 Being able to index a few names when she has a moment to spare is one of the things Ina Krapp particularly likes about #everynamecounts. We talked to the 21-year-old student from Frankfurt am Main about why she decided to get involved.

Hello Ina, how did you hear about #everynamecounts?

I discovered the project relatively recently because of the media installation to mark Holocaust Memorial Day. And I saw it advertised on the internet.

Why are you participating in #everynamecounts?

I’ve been learning a lot about German history – and about National Socialism too – for quite a few years now, and so I started to think about how I could put my knowledge to good use a while ago. Without the work of volunteers, we would know much less about this period in our history, so I really appreciate the work they do. But for a long time, I was unsure how I could make any meaningful contribution without it coming into conflict with my studies or my part-time job. I was thinking of volunteering as a tour guide or something like that. That kind of thing has to be planned well in advance. I certainly wasn’t expecting there to be any practical way for me to do anything to help during the pandemic. But then #everynamecounts came along. It’s easy for me to work on it spontaneously in my spare time. And I can put my knowledge to good use. I am quite good at deciphering old German handwriting, for example. I can’t read Sütterlin script fluently, but I can read it well enough to understand documents that sometimes contain the odd entry written in Sütterlin.

»I certainly wasn’t expecting there to be any practical way for me to do anything to help during the pandemic. But then #everynamecounts came along. It’s easy for me to work on it spontaneously in my spare time.«

Being able to read Sütterlin is unusual for someone your age. How did you learn it?

Our history textbooks contained a lot of original texts and sometimes photos that dated back to the periods we were learning about. One of the history teachers I had at secondary school used to bring in things from the early twentieth century whenever he could and use them in lessons. My grandparents also had old texts from that time, and at university I was once given a book that was written in this script. I’ve always enjoyed reading so I started to look at these texts more closely. That’s how I taught myself to read it a little.

There are a lot of very dedicated volunteers on Zooniverse. How do you feel about the atmosphere?

People work very constructively, and the participants are very friendly. I was also impressed to see that the project has so much international support. It’s certainly easier to work on the project if you speak German, but people from all over the world are taking part.

Is there a document that you found particularly moving?

A document on Julius Israel Hirsch. His number was low for a concentration camp prisoner, so he must have been admitted relatively early on, but the document only has a question mark where his date of admission would normally have been recorded, and the same goes for his occupation. Perhaps the Nazis didn’t think it important enough to record the information. Julius Hirsch came from Frankfurt am Main. I would describe him as a German Jew/Jewish German. But on the document, his nationality is recorded as unknown/Jew. The Nazis forced all German Jews to adopt special middle names – Israel for the men, Sarah for the women – and they took away their German citizenship too; that’s a fact that’s perhaps a little less well known. I’d heard about it already, but until I saw this index card, it had just been a piece of abstract information. 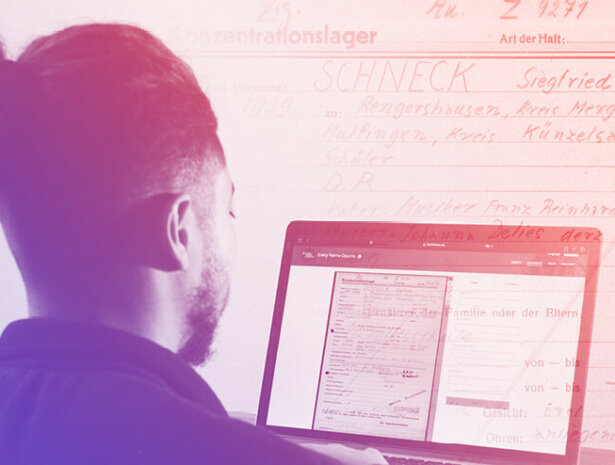 #everynamecounts is an initiative by the Arolsen Archives which aims to establish a digital memorial to the people persecuted by the Nazis. Future generations should be able to remember the names and identities of these victims. But the initiative is important to today’s society as well – because by looking back, we can see where discrimination, racism and antisemitism lead.

You know a great deal about National Socialism. What is your experience of how your peers relate to the Holocaust?

Many of the students at my university are very interested in the subject. In one seminar, when students were to asked to suggest destinations for a field trip, a lot of them were in favor of visiting a concentration camp nearby.

Do you think #everynamecounts can help people to understand more about National Socialism, especially people of your generation?

I definitely think the project can help deepen people’s understanding. Because it gives them the opportunity to come into contact with original source materials, and because it allows participants to have an active influence on the way we try to come to terms with National Socialism nowadays.

Thank you for this talk, Ina!

Do you want to help us build the digital memorial and make sure the names of the victims will never be forgotten? Then take part in #everynamecounts!