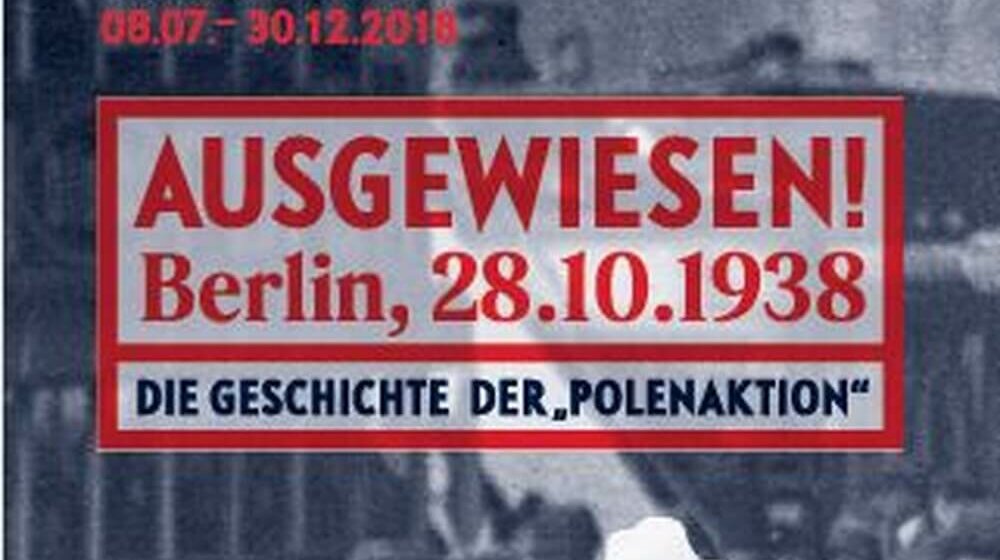 On October 28 and 29, 1938, the National Socialists arrested more than 1,500 Jewish residents of Berlin within the framework of the “Poland Operation” and deported them to the German-Polish border. An exhibition at the New Synagogue Berlin – Centrum Judaicum tells the story of this first mass deportation as illustrated by the fates of six families.

In the early morning hours of October 28, 1938, more than 1,500 residents of Berlin were arrested in their homes, businesses and on the street and taken by train to the Polish border. By the end of that weekend in October, the Nazis had deported some 17,000 persons out of the German Reich because they were Jews of Polish nationality.
Now for the first time, an exhibition is recounting the story of this early mass deportation. The focus is on six families who were expelled from Berlin and their lives before, on and after October 28. An extensive database compiled as part of the project is accessible in the show. It contains biographical information on about 500 persons.

The exhibition was developed jointly by the Aktives Museum Faschismus und Widerstand in Berlin e.V. and the Institute for East European Studies of the Free University of Berlin in collaboration with the New Synagogue Berlin – Centrum Judaicum, the International Tracing Service (ITS) and the Fundacja TRES.
The curator Aline Bothe and her team carried out research at the ITS and in many other archives. As part of the ITS’s involvement in the project, members of its staff helped to derive biographical information from the documents. Akim Jah and Kim Dresel from the ITS team both contributed to the exhibition catalogue. The ITS will moreover participate in the educational program accompanying the exhibition, in particular by offering a training course for teachers.

For further information on the exhibition, go to: www.polenaktion-1938-berlin.de