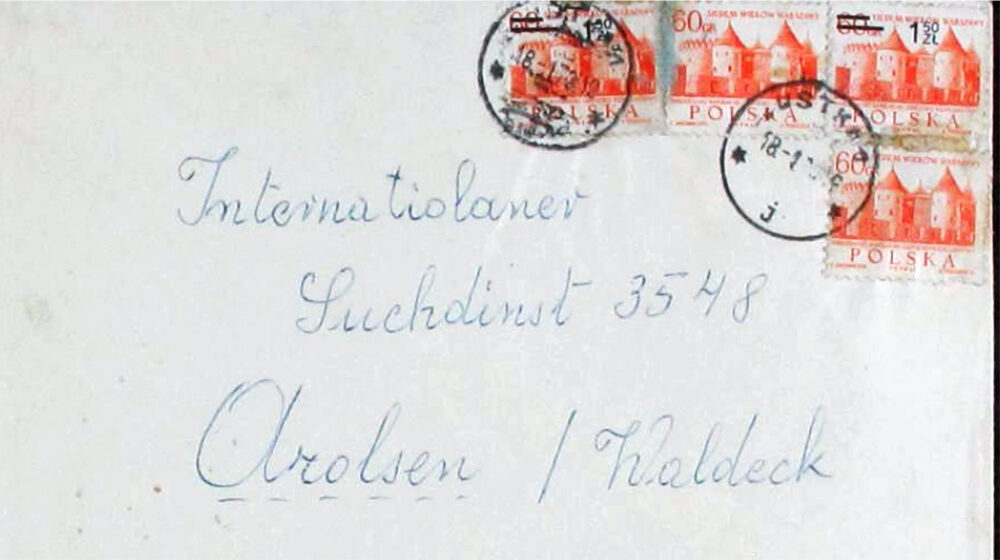 Arrested and locked up in various concentration camps – Alojzy Pawłowski was forced to spend a total of five years of his life in prison because he was queer.

Alojzy Pawłowski was born in Soły (Ashmyany district/Vilnius Voivodeship) in 1918.He was a Polish national, a Catholic, and a nurse by profession. At 22 years of age, he was sentenced to two years in prison for fornication with men, similar to his partner Jan Ratajczak.

It is written in the ruling: “Defendant 1 [Pawłowski] was employed as an auxiliary nurse from August 30, 1939, until May 28, 1940, […] at the city hospital in Poznań. In May 1940, he met defendant 2 [Ratjczak] at the hospital, who had been admitted there at the end of April with a foot injury. Without first alluding to his intentions in conversation, he lay down in bed with defendant 2 one night around the middle of May. He gripped defendant 2’s genitals, held his own against them, and played until […] he became stiff and ejaculation took place.”

Special Court I of Poznań declared: “The term fornication in Paragraph 175 of the German Criminal Code (StGB) comprises not only coitus-like acts between men, but also any abuse of the body of another person of the same sex for sensual pleasure. As expressly determined by the law, the man who allows himself to be abused by another man for fornication is equal to the man who commits fornication with him. These elements of the crime are present in all three cases.”

From prison camp to concentration camp

He served his sentence in Poznań prison and, from August 9, 1940, in Rawicz penitentiary. He was moved to Rawicz prison camp in 1942. He was due to be released in June 1943, but the Gestapo took over.

In August 1942, Alojzy wrote a letter to his aunt, Maria Jankowska. He was curious as to whether his family was in good health. In this text, the censor at Rawicz underlined just a couple of sentences: “[Aunt], you have told me that you have spoken to Edward and that he recently got married. Thank you very much for the greetings, and I ask that you send a short note from me.” That was the last letter between Alojzy and his family. It is not known who Edward was, but Alojzy was once again punished due to this fragment of text.

To the documents about Alojzy Pawłowski in the online archive

The fate of Alojzy Pawlowski after 1984 is unknown, as is that of Jan Ratajczak.