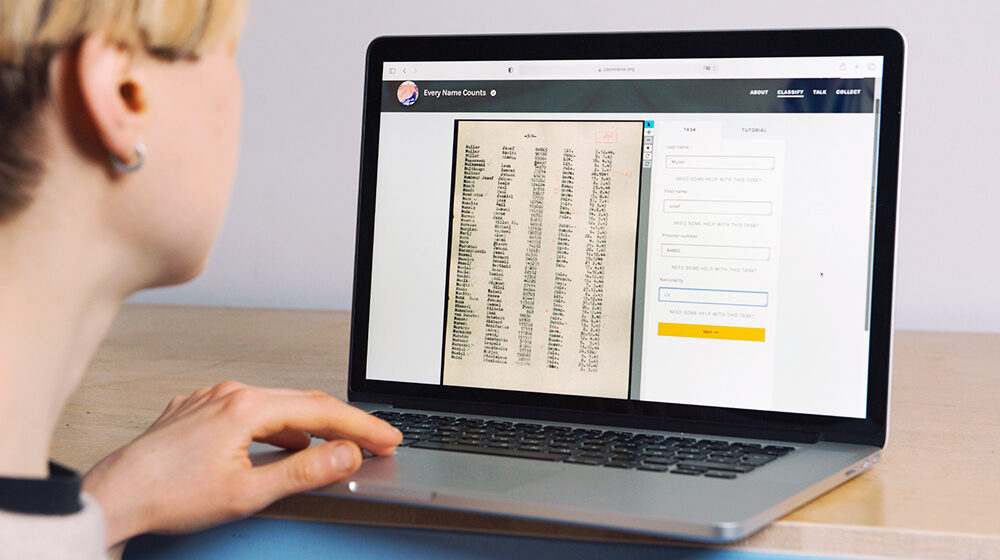 The 83rd anniversary of the November pogroms falls on November 9, 2021. With our Long Night of the Digital Memorial, we want to cooperate with students, universities and technical colleges to remember the victims of National Socialism and stand up for respect, diversity and democracy.

The November pogroms were a turning point in the history of Jewish persecution. In the wake of these antisemitic attacks, a wave of new laws was passed which further limited the rights of the Jewish population.

How did it come to this? After Herschel Grynszpan, a Jewish man of Polish descent, assassinated a German diplomat, the Nazi regime unleashed violent measures against Jewish men and women. In the rampages on the night of November 9, 1938, more than 1,400 synagogues were burned and looted, homes and businesses were destroyed, and up to 1,500 people died. Around 30,000 Jews were deported to German concentration camps the day after the pogroms started. More than 10,000 of them were sent to Dachau. The category assigned to all of these prisoners was “protective custody Jew.” Documents from this period, now held in the Arolsen Archives, reveal the huge jump in the number of prisoners in Dachau concentration camp at the time.

When exclusion turns to open violence

During the Long Night of the Digital Memorial on November 9, these exact documents will be digitally indexed so that users around the world can access them in our online archive. This idea was suggested by the student representative organization of Leuphana University in Lüneburg. As a result, a special role will be played by volunteers from universities and technical colleges, who will be invited into our Virtual Open Archive from 5:30 to 7:00 p.m., a digital space where we will collaboratively index the information in the documents.

Participants will have the opportunity to ask questions and learn about other projects from the Arolsen Archives. The collaborative indexing will be accompanied by diverse breakout sessions (languages: English and German, the main event will be held in English) which will provide extra information and offer a chance to interact with others.

Everyone can contribute, whether you spend just 10 minutes or several hours, so future generations will remember the names and identities of the victims.