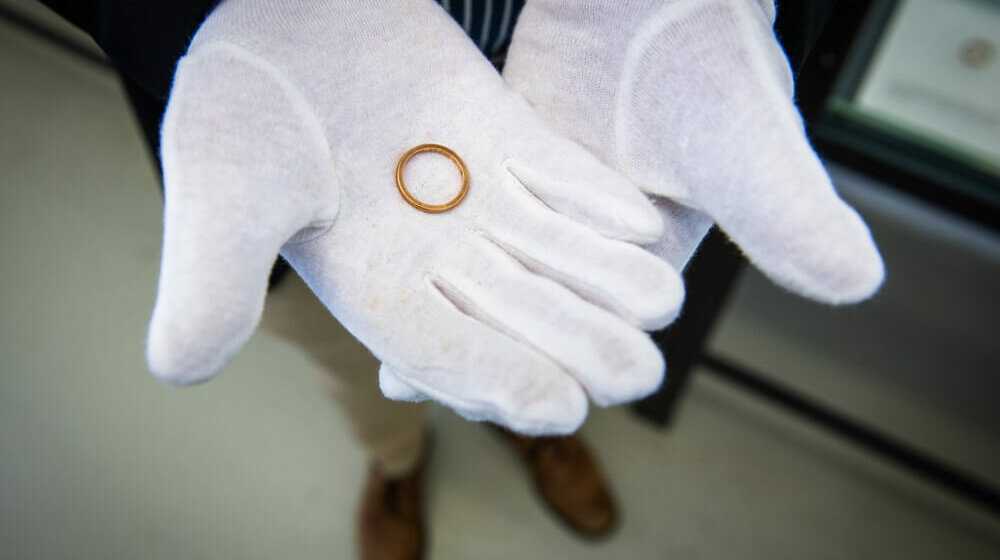 The history teacher Daniel Fröhlich actually just wanted to know something about his grandmother’s name. Then he learned from the ITS that his great-great-uncle and great-great-aunt had perished in concentration camps. And to his surprise, he received photos of his great-great-uncle’s last remaining possessions, which the Nazis had taken from him in the camp. With the aid of this and other information, Daniel has been reconstructing his family’s history for three years.

“I want to find something that gives history a name and a face,” Daniel Fröhlich explains. On the basis of various information, he’s reconstructing the lives of his relatives Ferdinand and Charlotte von Reichel. Three years ago, he was searching the internet for his grandmother’s name in an effort to learn the origin of the title of nobility. He quickly came across the ITS and the information that his great-great-uncle Ferdinand and great-great-aunt Charlotte had perished in concentration camps. He also received photos of objects the Nazis had taken from Ferdinand. “I was surprised by the pictures,” he says, “and I started wondering why my great-great-uncle had ended up in a concentration camp.”

Taking the information from the ITS as a starting point, he visited archives, asked relatives and searched in databases. And he managed to reconstruct quite a bit: Although Charlotte von Reichel’s parents had left the Jewish faith, she was forced to adopt “Sara” as her middle name. In 1941, she and her husband Ferdinand, a businessman, moved from Berlin to Hamburg, where no one knew them. By that means they hoped to evade the repressive measures. Nearly every member of Charlotte’s family was deported. Then, in 1943, Charlotte was also informed on and imprisoned in Fuhlsbüttel. She had allegedly said that the bombing attacks were the Germans’ own fault. Her husband visited her in prison, washed her laundry, wrote to her. And refused to file for divorce.

“There’s a letter from Ferdinand von Reichel about how he tried to save her from deportation to Auschwitz,” Daniel tells us. Ferdinand managed to have his wife committed to the Ravensbrück concentration camp in the hope that she would survive there until the war was over. “You can tell from the letters how desperate he was.” And how much he hoped that the war would soon be lost. He evidently expressed that sentiment in public as well. That was his ruin: In November 1944, the Nazis deported him to the Neuengamme concentration camp. Two months later, the fifty-two-year-old died there – of blood poisoning in his left arm, if we give credence to the death registers. His wife presumably perished in the gas chamber.

It was an especially moving experience for Daniel to hold Ferdinand’s wedding ring in his hands at the exhibition currently showing at the Neuengamme Memorial. The ITS had placed his great-great-uncle’s ring and Iron Cross on loan to the memorial. “It’s definitely a strange feeling,” Fröhlich comments. “A wedding ring is something very personal and makes you feel all the closer to the person.” However, he would like the objects to remain at the memorial. Next, he’s going to try to contact another branch of the family, which may be able to add another few pieces to the puzzle.