His possessions will be treasured by his relatives 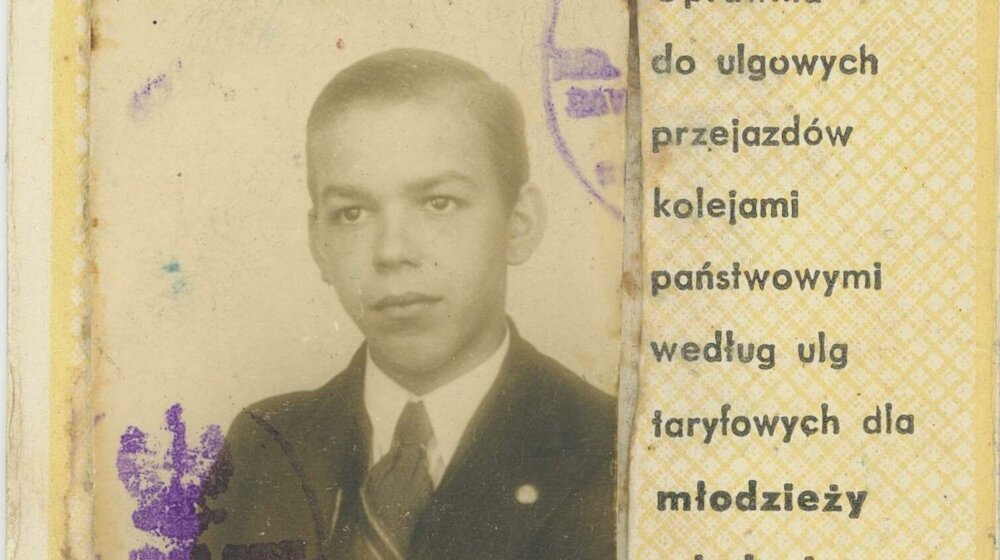 Seventy-four years after her uncle’s arrest, Kazimierz Biel’s niece and her brothers and sisters hold his birth certificate with his photo, his student ID card and other personal documents in their hands: “It brings back the memory of those whose fate during the war was so tragic that it is hard for us to imagine today. For the relatives, these few remaining objects are treasures of inestimable value.”

Kazimierz Biel’s nieces and nephews never met their uncle. Born on 18 September 1921 in Krakow, he was just 19 years old when the National Socialists deported him to the Neuengamme concentration camp. Kazimierz Biel died in 1945 in the bombing of the Cap Arcona and was later buried in Haffkrug cemetry in the Bay of Lübeck. The Allies were able to identify him by name because of his prisoner number 5074.

The personal items that the National Socialists took away from Kazimierz Biel on his arrest were shown on posters which were put on display at the #StolenMemory exhibitions held in Paris and Innsbruck in 2018. Before the year was out, the Arolsen Archives had found the family in Poland and were able to return the objects to them.

A letter of thanks written by the family to the Arolsen Archives shows just how much these reminders mean to them: “Thanks to the documents we have received from you, we now know that our uncle has a grave and we know where it is. We were sure he had gone down with the ship when it was bombed. We would like to thank you for all the careful, patient work you do – for conducting all the necessary research, for keeping the memories of the concentration camp victims alive, for clarifying their fates, for finding out where and how they died, and for searching for their families.”