In the first Auschwitz transport 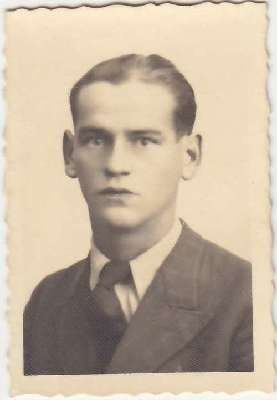 The first inmate transport reached the newly established Auschwitz concentration camp on June 14, 1940. Among the 728 Polish political prisoners was Wilhelm Tomasik, inmate number 544, from Cracow. The SS later deported him to the Neuengamme concentration camp, where he managed to write a letter to his mother in the fall of 1943. He survived the camp and returned to Poland after the war.

There he tried to carry on with his previous life, but this proved quite difficult. He started two families and worked as a public official. He hardly told his children anything about the war or his time as an inmate in German concentration camps. When his son worked in Hamburg himself, decades later, he had no idea that his father had been imprisoned and made to perform forced labor very nearby. It was a grandson who finally began looking into Wilhelm’s fate in more depth. In that context, the two families got to know each other bit better.

When Wilhelm Tomasik’s grandson undertook a search in the ITS online archive in 2016, he found the documents and photos that had been taken from his grandfather at the time of his arrest. The ITS then turned these items over to the Tomasik family in Poland shortly thereafter.