Israel-related antisemitism: “There is no gray area” 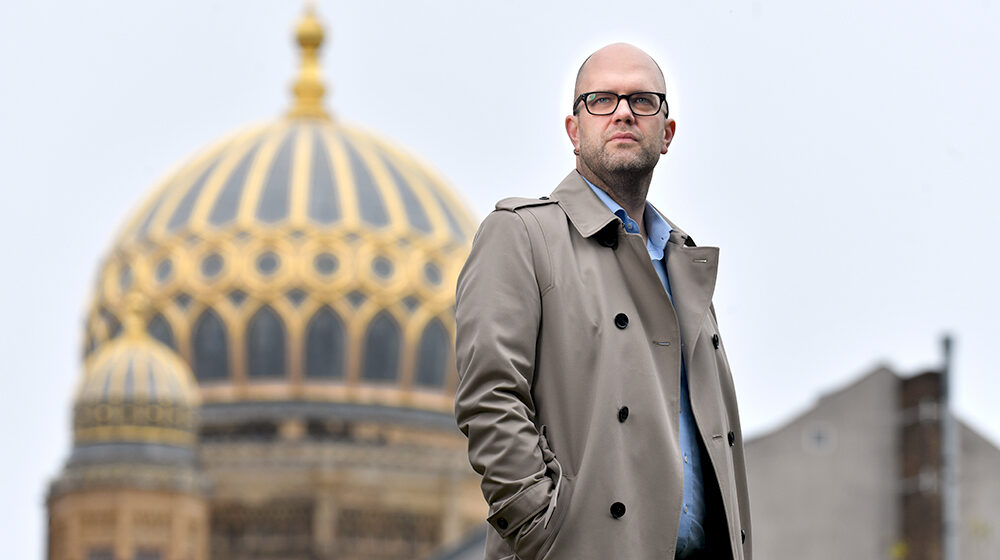 Antisemitism is not only directed against Jews – the Jewish state of Israel is often targeted as well. When we interviewed Prof. Samuel Salzborn, Antisemitism Commissioner for the State of Berlin, he talked about how to identify this type of Jew-hatred and about what is important in the fight against antisemitism.

Expressions of anti-Jewish sentiment that refer to the Jewish state of Israel are on the rise. How can people identify this form of antisemitism?

With anti-Israel antisemitism, antisemitic hatred is directed against Israel. It demonizes, delegitimizes, and applies double standards to the State of Israel.

You are referring to the “3D test” of antisemitism that can be used to identify Israel-related antisemitism. What do the three Ds – demonization, delegitimization, and double standards – actually mean?

Demonization refers to the portrayal of Israel in a particularly dark, brutal, sinister light. Delegitimization fundamentally calls into question the very existence of Israel as a Jewish and democratic state. And the term double standards describes how Israel’s policies are measured by different, stricter standards.

How does this form of Jew-hatred manifest itself, for example? 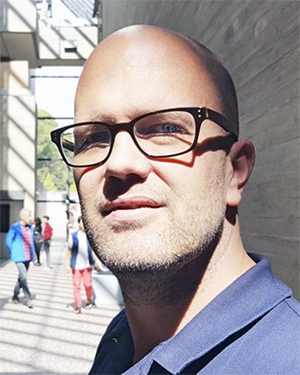 »The hostile sentiment embodied in anti-Israel antisemitism is characterized by demonization, delegitimization, and double standards. Criticism, on the other hand, refers to a specific action; it is based on fact and is not emotionally overcharged.«

Samuel Salzborn, Antisemitism Commissioner for the State of Berlin

How difficult is it to distinguish between criticism and antisemitism?

It is very easy to distinguish between objective criticism and antisemitic sentiment. As I said before, the hostile sentiment embodied in anti-Israel antisemitism is characterized by demonization, delegitimization, and double standards. Criticism, on the other hand, refers to a specific action; it is based on fact, i.e. it is not emotionally overcharged or affect-based. Another important question is whether the people who are exercising criticism are open to criticism themselves and whether they are willing to reconsider their own position. That is a very real difference. When antisemitic sentiments are expressed, they usually come from individuals or organizations that are completely incapable of self-criticism. A belief in conspiracy theories is similar in many respects; the proponents of such theories are not prepared to engage in fact-based discussions either.

Are Jewish people in Germany affected by Israel-related antisemitism?

Yes, because antisemites are not really interested in whether a Jew is also an Israeli or not. That is why Jews are often held responsible for the policies of the State of Israel. People act as if Jews were responsible for the policies of the Israeli government. Another frightening phenomenon is the fact that antisemites use escalations in the Middle East conflict as a pretext for attacking Jews directly – by holding demonstrations outside synagogues, issuing threats against Jewish communities, and chanting.

How widespread is Israel-related antisemitism in Germany?

About 15–20 percent of people in Germany hold antisemitic views. The numbers are much higher for antisemitism that is directed against Israel. I feel it is important to emphasize the fact that we find anti-Israel antisemitism throughout the political spectrum: in right-wing extremism, in left-wing extremism, in religious contexts – especially Islamist ones – and in the political center.

»The political center shares some of the responsibility because its members do not reject anti-Israel antisemitism clearly enough. People often act as if there is some kind of gray area. In my view, that is nonsense. When it comes to antisemitism, there is no gray area. It is not possible for something to be a little antisemitic or semi-antisemitic.«

Samuel Salzborn, Antisemitism Commissioner for the State of Berlin

To what extent is mainstream society responsible for the increase in antisemitism?

The political center shares some of the responsibility because its members do not reject anti-Israel antisemitism clearly enough. People often act as if there is some kind of gray area. In my view, that is nonsense. When it comes to antisemitism, there is no gray area. It is not possible for something to be a little antisemitic or semi-antisemitic. But it is also clear that anti-Israel antisemitism has become a global ideology of integration. This means that political circles that are otherwise deeply hostile to each other – Islamists and the extreme right, for example – are united in their agreement on this point, and they come together, not just hypothetically, but also at demonstrations, some of which have become extremely violent.

The term “Israel-Kritik” (Israel criticism) is telling in itself

A lot of people in Germany seem to be interested in talking about Israel.

Yes, it is remarkable that there is such a high level of interest in Israeli politics. In terms of area, the entire country is about the same size as the German state of Hesse. It is also remarkable that the German language contains the term Israel-Kritik, which translates literally as Israel criticism, while there is no similar term for any other state.

So what could enlightened, thoughtful speech about Israel look like?

Understanding the fundamentals of the Jewish and democratic State of Israel would be important in enabling you to produce hard facts to counter the lies that are trotted out on a regular basis – the erroneous claim that Israel is an apartheid state is one example. Another thing you could do would be to look at how Israel’s pluralistic society works and consider the issue objectively. That includes asking yourself which sources are reliable and whether you are being taken in by hostile sentiments. At the same time, public debate about Israel in Germany is strongly influenced by the presence of emotion, aggression, negative feelings, and, to a very significant degree, projections, which are then directed against Israel because families often have not come to terms with their own Nazi past.

Under these circumstances, what can each and every one of us do to combat Israel-related antisemitism?

There is a strong commitment on the part of the state, civil society, and Jews themselves to combat antisemitism. But this fight can only be won if it every single citizen makes it their business, and if people commit themselves not to look the other way in their everyday lives. It is important to raise awareness of the issue and not to tire of addressing its more painful facets, such as the failure to come to terms with the Nazi past within families – because this lies at the root of people’s reluctance to see the fight against antisemitism as a common concern of each and every citizen.

Professor Samuel Salzborn was appointed Antisemitism Commissioner for the State of Berlin in 2020. He is a political scientist and taught at the University of Göttingen from 2012 to 2017. He has published numerous books and essays in his field of research, most recently “Globaler Antisemitismus. Eine Spurensuche in den Abgründen der Moderne” (3rd ed., 2020, available from the Federal Agency for Civic Education) and “Kollektive Unschuld. Die Abwehr der Shoah im deutschen Erinnern” (2020).

To his book “Globaler Antisemitismus”
Support us