Knowledge for the Future 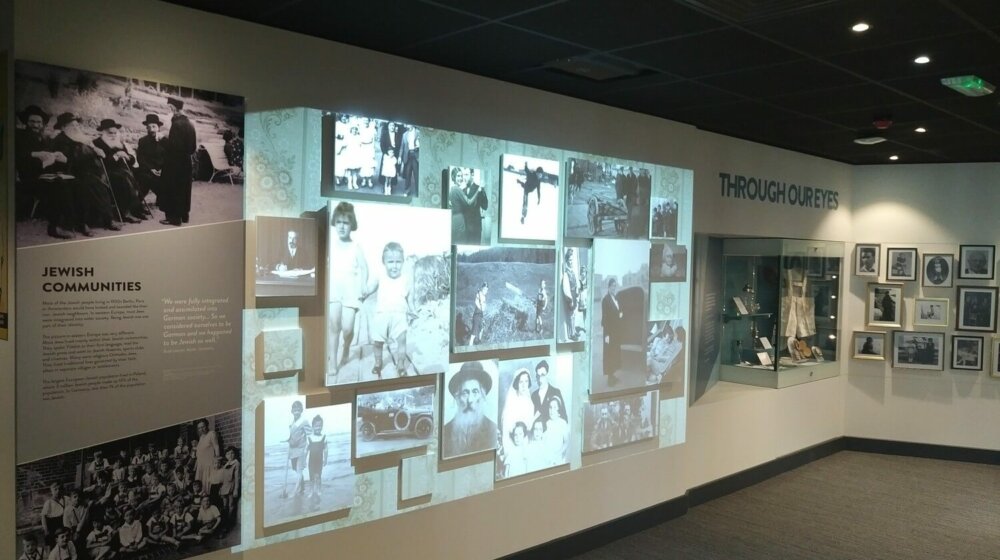 The history of the Holocaust is the focus of a new exhibition and a learning center that both opened at the University of Huddersfield on September 17, 2018. The two offers came about through efforts of the HSFA (Holocaust Survivors Friendship Association) in cooperation with the northern English university. The International Tracing Service (ITS) contributed with research on individual persecution stories.

The exhibition tells the story of the Holocaust through the experiences of sixteen men and women who came to Yorkshire to escape #NationalSocialist persecution or as #survivors from ghettoes and #concentrationcamps. Visitors can retrace the years of persecution in everyday objects, personal documents and photos of survivors. There are also video recordings of witnesses’ reports that can be accessed interactively via touchscreens.

Lilian Black, whose father Eugene Black was deported to Auschwitz-Birkenau in 1944, was a driving force in the center’s founding: “We’re creating this center not for the past, but for the future. It will offer schools, school pupils and communities a broad range of learning opportunities and means of further research into the Holocaust, how it came about, and what it means for the present.”
The ITS has been working closely with the HSFA for many years and has supported the institution with research on individual fates. The tracing service also searched for documents and information for the exhibition. Several copies of the files are on view.

Lilian Black and her father, who died in 2016, worked for the HSFA remembrance project for many years. A close bond with the ITS team came about as a result. Anna Meier-Osiński, the head of the ITS tracing department, was at the opening in northern England: “It’s impressive what the HSFA and the University of Huddersfield have achieved with these projects. The ITS is planning to continue the cooperation in the framework of educational programs at the Learning Centre.”