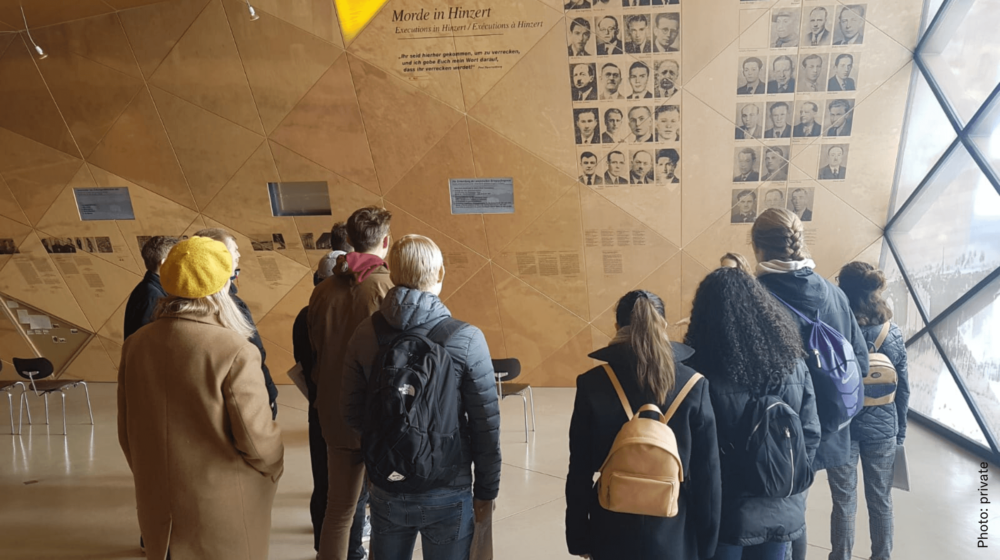 On May 18th, we received an enthusiastic Facebook post from Suzanne Volke, an American history teacher at Ramstein High School in Rhineland-Palatinate, Germany. We contacted her to find out more about the story behind this living history project that her students have been working on during Corona restrictions using documents from the Arolsen Archives.

Suzanne Volke teaches History at Ramstein High School. Most of her students are 17 to 18 years old, their parents work at the American air base. Among other things, she teaches advanced courses in European History. Every year, she takes her classes on trips through Europe to historical sites in Berlin, Florence or Versailles, as well as visiting local sites of historical interest, such as Frankfurt or the SS Special Camp/Concentration Camp Hinzert memorial site in Rhineland-Palatinate. One of the topics she focuses on are the commemorative plaques for the victims of Nazi persecution laid as part of the Stolpersteine project; these are often a source of inspiration for lessons during trips through Germany. But this year, things did not go as planned. Suzanne Volke takes up the story:

“This year, we wanted to visit the former Hinzert concentration camp. On the way there, we planned to follow a trail of Stolpersteine plaques in nearby Kaiserslautern and use that experience as a basis for discussions. During their preparations for the trip, the students researched the addresses and obtained background information. Then, just three days before the trip, the COVID-19 restrictions ruined our plans. So we started looking for a way to work on the topic from home. One of the things that always disturbs me personally when I’m looking at Nazi crimes is the way the victims, their names, and their stories were reduced to nothing more than just ‘numbers.’ That makes it so easy to block the crimes out and keep them at a distance! But I want my students to realize that history is happening all around them, right on their doorstep, and not just in history books or in the classroom.

So we continued our research for the Stolpersteine project, and I introduced the students to the Arolsen Archives in order to provide a broader context for the events in Kaiserslautern and to give them the opportunity to use the documents to understand more about the deportations in Europe, for example. The students took up the challenge and were really passionate about the project.

They were not even discouraged by the difficult task of translating the German documents, and they felt a certain sense of awe as they worked on the task before them: to reconstruct what happened some eighty years ago to people who lived in the city where they now shop, stroll around, or meet with friends. All of a sudden, the names on the Stolpersteine plaques told the stories of real people’s lives, they found out information on their fates and on the concentration camps they were deported to, but also information about who they were before this happened to them. Their photos, their stories made this one of the most important and one of the most moving projects I have ever had the privilege to work on with my students. I hope we’ll do it again next year!”