Lebensborn:
New additions to our archive 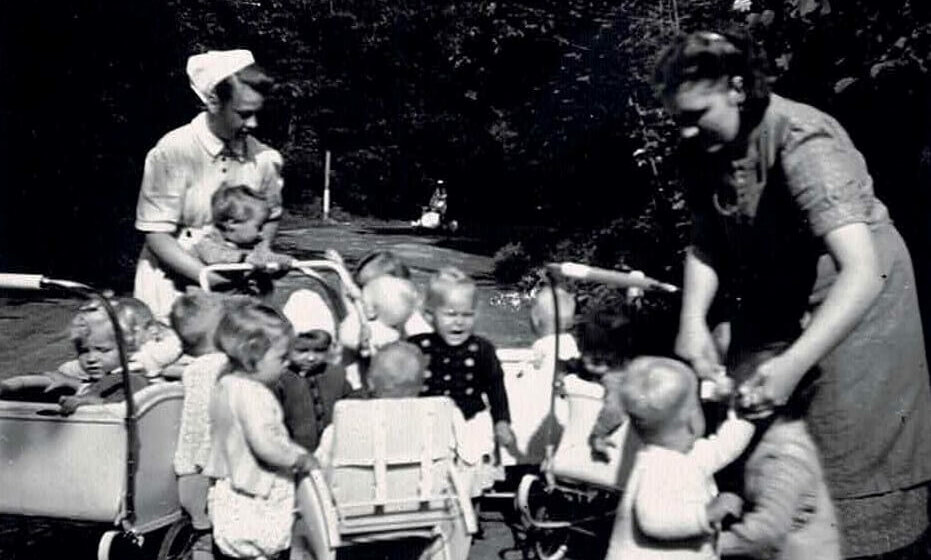 The SS founded the “Lebensborn” association (English: Fountain of Life) on December 12, 1935, as an instrument of its race and population policy. The Nazi regime set up maternity homes in Germany and in occupied countries in northern and western Europe to provide pregnant women with support. The only proviso was that the expectant mothers themselves, the fathers, and the unborn children had to be deemed “racially and genetically valuable.” Our own holdings on the subject of the “Lebensborn e.V.” are soon to be augmented by the acquisition of the archive created by the author and journalist Dorothee Schmitz-Köster.

The fates of some of the children have been clarified

The 529 files held by the Arolsen Archives represent a large proportion of the surviving original documents on the “Lebensborn” association. They include the association’s statutes signed by Heinrich Himmler. In the early years following the end of the war, the International Tracing Service (ITS, now Arolsen Archives) used the documents to try to clarify the fate of non-German children who had been forcibly Germanized by the Nazis. Various Nazi organizations – including the Lebensborn – had torn tens of thousands of girls and boys from their homes, falsified their identities, and forced them to learn German. They then transported the children to Germany to place them with German adoptive parents as “orphans.” Thanks to the efforts of the ITS, the fates of some of these children could be clarified.

The extensive collection of material assembled by author and journalist Dorothee Schmitz-Köster covers key aspects that constitute a valuable addition to the holdings of the Arolsen Archives. The documents, interviews, and notes in her collection include interviews with Lebensborn mothers, children, and employees in a wide range of audio formats. There are also some private records and photos of Lebensborn children that were given to Schmitz-Köster by the individuals concerned.

The results of 25 years of research

The collection comprises 47 files containing the results of research carried out by the author over a 25-year period which led to the publication of four books and numerous radio and television broadcasts. The Arolsen Archives were able to assist Dorothee Schmitz-Köster in her work on numerous occasions. Complex research led her to unearth vital information enabling a boy who had been stolen from a Polish family in 1943 to meet his biological siblings over 70 years later. This story is told in her book “Raubkind” (stolen child), which was published in 2018.