“The Man with the Tie” 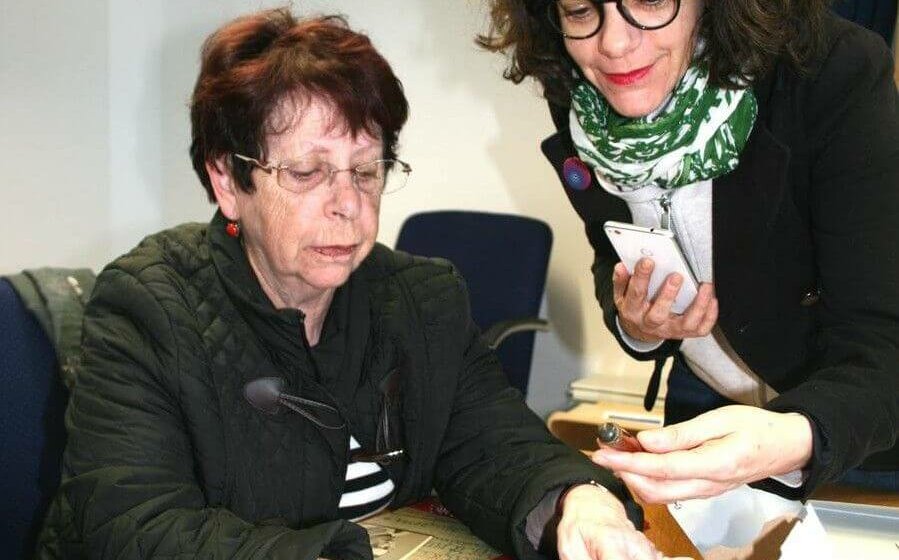 “Someone’s trying to give me the runaround,” Gabrielle Fourcade thought when she received the letter from the International Tracing Service (ITS). Could there really still be personal belongings of her father’s that the Nazis had taken from him at the time of his arrest more than seventy years ago?

Because the letter had included her father’s inmate number, however, the Frenchwoman did some research and contacted the ITS. Finally, in April 2019, she came to Bad Arolsen with her husband Francis, her daughter Muriel and her granddaughter Eloise to retrieve her father’s watch and fountain pen. The occasion—taking place eighty years after the end of the Spanish Civil War and fifty years after her father’s death—was highly symbolic for Gabrielle. “Anything having to do with my father is very emotional for me!”

Enrique Zudaire Menezo was born in Basque country on June 30, 1911. Having trained at the military academy in Madrid, he quickly rose to the rank of commander in the Spanish army. When civil war broke out in Spain in 1936, he fought against the Franco regime. After the fascist victory in 1939, Enrique fled to France, where the war refugees from Spain—numbering some 500,000—were put in custody, many of them under degrading conditions. Enrique was also detained in various internment camps.

After his release, he changed his name to Henri Zudaire and started a family in Coarraze in the Pyrenees. When the National Socialists occupied France, he joined the Résistance. Someone apparently informed on him. He was initially held in the political prison in Fort du Hâ, then in the Royallieu camp near Compiègne, which served the Nazis as an assembly camp for prisoner transports to Germany. It was just such a transport that took him and more than 2,000 men to the Neuengamme concentration camp on May 21, 1944. According to an ITS document, Henri there received the inmate number 31971 and was assigned to forced labor at the Hermann Göring Works in the Watenstedt subcamp.

Gabrielle relates how her father remained optimistic despite the adverse situation and even tried to give his fellow inmates hope. He also stood out from the rest in his outward appearance. He fashioned himself a tie from string and wore it around his neck. In the concentration camp he was accordingly known as “the man with the tie.” “I think he wanted to show that, however inhumane the conditions, he had kept his dignity.”

The visit to Germany made a deep impression on Henri’s granddaughter Muriel. “It was more than exciting to retrace the journey my grandfather took back in those dark years—a journey that now seems all the clearer, more concrete, more real.”