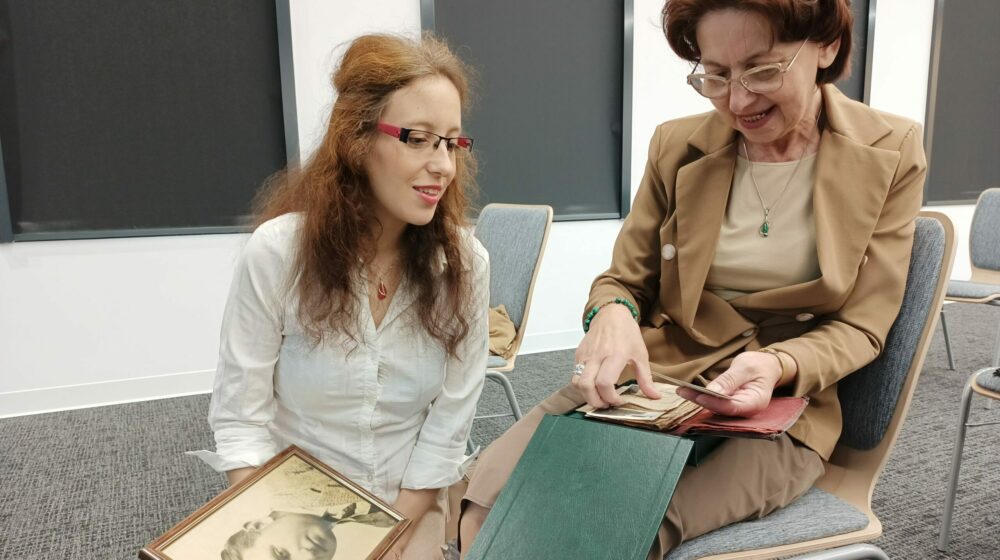 During the opening of the #StolenMemory exhibition in Bydgoszcz on September 3, the personal belongings of Tadeusz Markowski, a former prisoner of the Neuengamme concentration camp, were given back to his relatives.

Family photos, letters, and documents were among the keepsakes that were handed over by the President of the Institute of National Remembrance, Dr. Karol Nawrocki, and the Arolsen Archives Outreach Manager for Central and Eastern Europe, Anna Meier-Osiński. The relatives discovered new, previously unknown facts about Tadeusz Markowski’s life, including his stay in the town of Sędziszewo.

Anna Meier-Osiński explained that the search for Markowski’s relatives first began in 2018 during an exhibition in Paris. But then the case came to a standstill. And it was not until the summer of 2021 that it was finally possible to find the man’s family – thanks to the #StolenMemory campaign, the help and commitment of the IPN, and research carried out at local level. The daughter of Tadeusz Markowski’s niece, Dorota Kalinowska, took possession of his belongings at the event in Bydgoszcz. 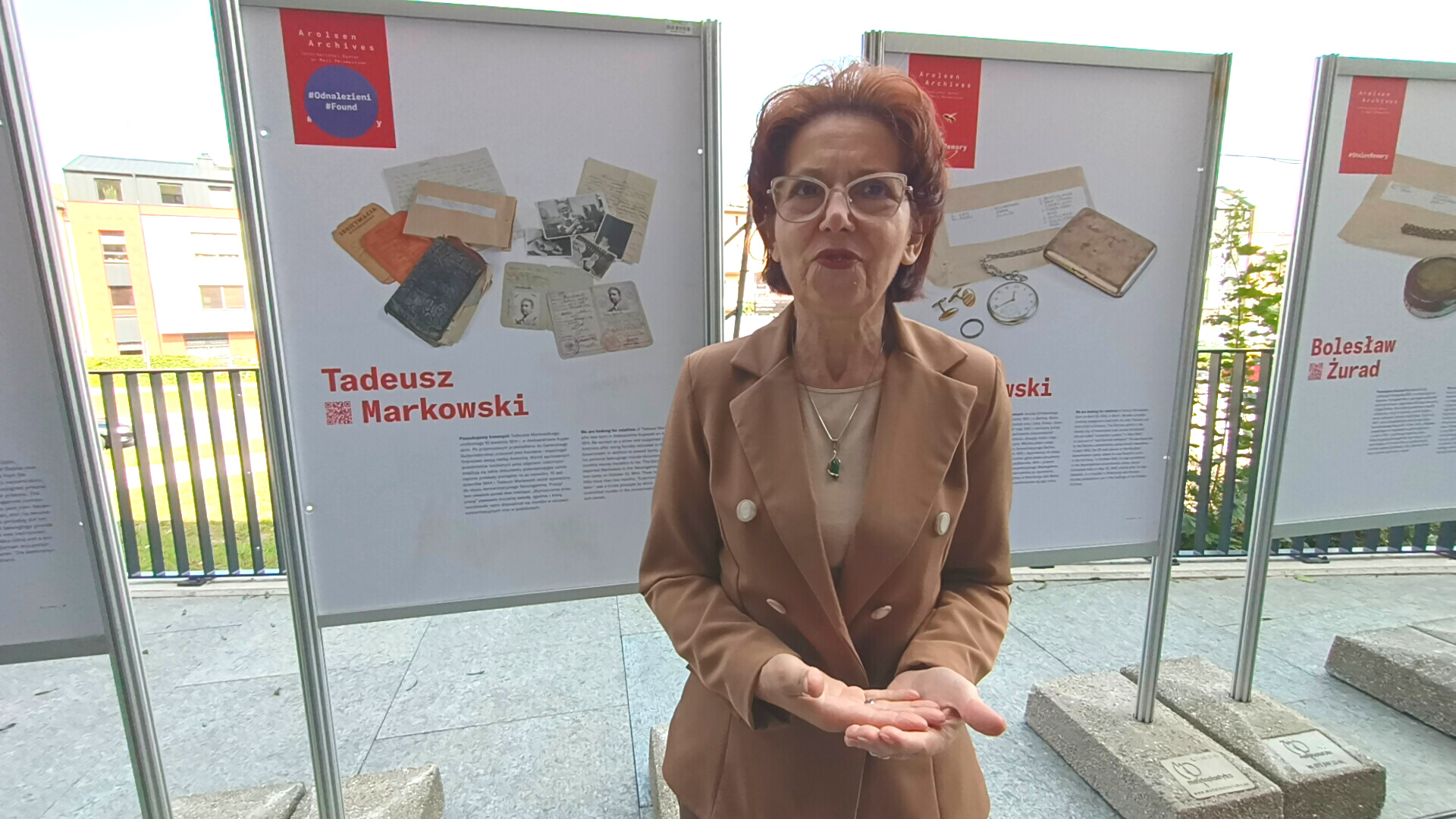 »It’s as if our family were meeting once again, as if they were all alive. Tadeusz, who passed away a long time ago, about whom little was known, is suddenly here with us.«

Some of the information that has now come to light was completely new to Tadeusz Markowski’s relatives. Tadeusz Markowski, born in 1914 in Aleksandrow Kujawski, was sent to the Neuengamme concentration camp in October 1944. He stayed there for about two months and died on December 29, 1944. The camp administration recorded inflammation of the intestines as the cause of his death. Causes of death were often assigned quite randomly – to cover up any traces of persecution. His symbolic grave is located in the cemetery in Aleksandrow Kujawski.

Over 4700 envelopes containing prisoners’ belongings were transferred to the Arolsen Archives in 1963. Over the years, many of these personal items have been returned to their rightful owners or to relatives. The envelopes whose owners could not be identified remained in the archives.

“The breakthrough came in 2016, when the files from registry offices and other important sources of information were digitized in many places, and this meant that they became available to those who had an interest in them,” explained Anna Meier-Osiński during the opening ceremony in Bydgoszcz. She also highlighted the potential of social media and – above all – the role of volunteers.

“I’m very glad that during our first five years in Poland we have managed to create a network of volunteers who have been very successful in supporting us in our search. Without the help of IPN workers, we wouldn’t have been able to meet Tadeusz Markowski’s family today,” she added.

The President of the IPN commented that meetings like this one are a sign of hope and foster good relations between neighbouring countries. He described the work of the Arolsen Archives as “giving back opportunities for justice.”

Anna Meier-Osiński responded with the following words: “First of all, we want to say very clearly that the process of reconciliation and settlement in relation to Nazi crimes has not yet been fully completed. We are working on it, and we would like to fill the gaps in many more families’ stories.”

The Director of the IPN archives, Marzena Kruk, emphasized that such moments are important not only for the family, but also for all those who were involved in the search. Some of the names of the people persecuted during World War II only appear on lists in IPN files. So the IPN builds contacts with institutions all over the world in order to discover the fate of the victims. The Institute has been cooperating with the Arolsen Archives for many years and has full access to the data stored in the Arolsen Archives. “We have been doing our best to find out these people’s stories,” she added.

The #StolenMemory exhibition presents the stories of the concentration camp prisoners as well as their personal belongings. Some of these mementoes have already been returned to the families concerned. The search continues for the relatives of those prisoners whose personal belongings are still stored in the Arolsen Archives.

The aim of the #StolenMemory project launched by the Arolsen Archives is to return as many personal belongings as possible to their rightful owners. Searching for the relatives of concentration camp prisoners is often a long and difficult process, but thanks to the work of the Tracing Team at the Arolsen Archives, social media, and the tremendous commitment of the volunteers who support the project, searches often turn out to be successful.