“My father always carried me with him” 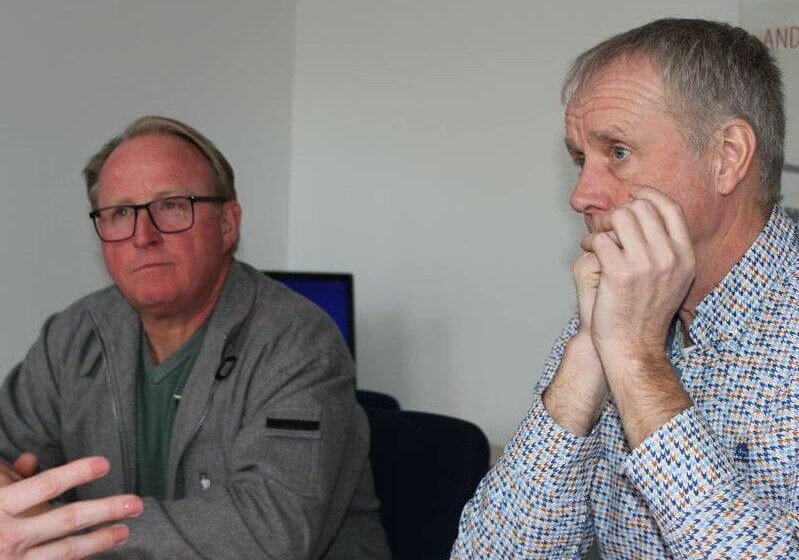 The first time Pieter Dekker and Gert von Dompseler visited the International Tracing Service (ITS) on September 19, 2007, they brought the names of 660 men with them from their hometown—Putten in Holland. On October 2, 1944, the Wehrmacht had arrested these men, aged seventeen to fifty at the time, and deported them to the Amersfoort camp. Women, children and the elderly had to leave the town. The Germans burned many of the houses to the ground.

On a road near Putten two nights earlier, Dutch partisans had shot at a car carrying German officers, one of whom had died. The act of revenge that followed was a systematic war crime, one of the many committed by the Wehrmacht. Of the 588 men deported from Amersfoort to the Neuengamme concentration camp, only 48 survived to return to Putten after the war. A further 5 had lived to see their liberation but died soon after as a consequence of their camp imprisonment.

Peter and Gert volunteer for the “Stichting Oktober 44,” a foundation that has set itself the goal of researching all the events surrounding this crime and keeping its memory alive for posterity. These efforts have brought the two men to the ITS again and again. Their first visit in 2007 was also a special event for the tracing service. The decision to open the ITS archive to researchers and the relatives of victims had only just been made. The two Dutchmen had read about it in the newspaper—and set out for Bad Arolsen.
Apart from documents on the deportees, Pieter and Gert also found personal belongings of those who had been sent on to Neuengamme. These so-called “effects” are not archival material, but are kept by the ITS for the purpose of returning them to their rightful owners. In five cases where the two men knew the victims’ families, they took the possessions with them right away. They went straight to the home of a survivor: “It was a very moving moment when we handed him his things and those of his father,” Pieter recalls.

Pieter and Gert made the return of the objects their personal mission. “The search for family members and survivors wasn’t always easy. If someone had a very common name and we couldn’t find any other information about him, Gert and I just called them all. He started at the top of the list and I started at the bottom.” Pieter smiles at the recollection.
Their persistence paid off. They were able to find many families and they organized events around the return of the personal items. ITS staff travelled to Amersfoort for these occasions. Pieter tells of the doubts that beset Gert and him at first: “When we started, we weren’t sure whether maybe we should be the ones to return the belongings. For the recipients, however, it was an especially powerful symbol that, after Germans had taken the objects away from their loved ones, it was also Germans who returned them.” ITS staff member Elke Helmentag remembers a particularly touching moment: “I was giving a wallet back to the son of the original owner. When he opened it, he found a photo of himself as a baby inside. ‘My father always carried me with him,’ he said, and started to cry.”

Even now, more than ten years later, the two men are still working on the project. There are still personal belongings of deported Dutchmen in the archive. “We just don’t have the time to carry out the extensive research it takes to find the rightful owners,” Gert is sad to say.